Former assistant GM under Alan Millar brings more than 20 years of WHL experience to new position, see Warriors as a contender in very near future
Apr 8, 2021 3:15 PM By: Randy Palmer 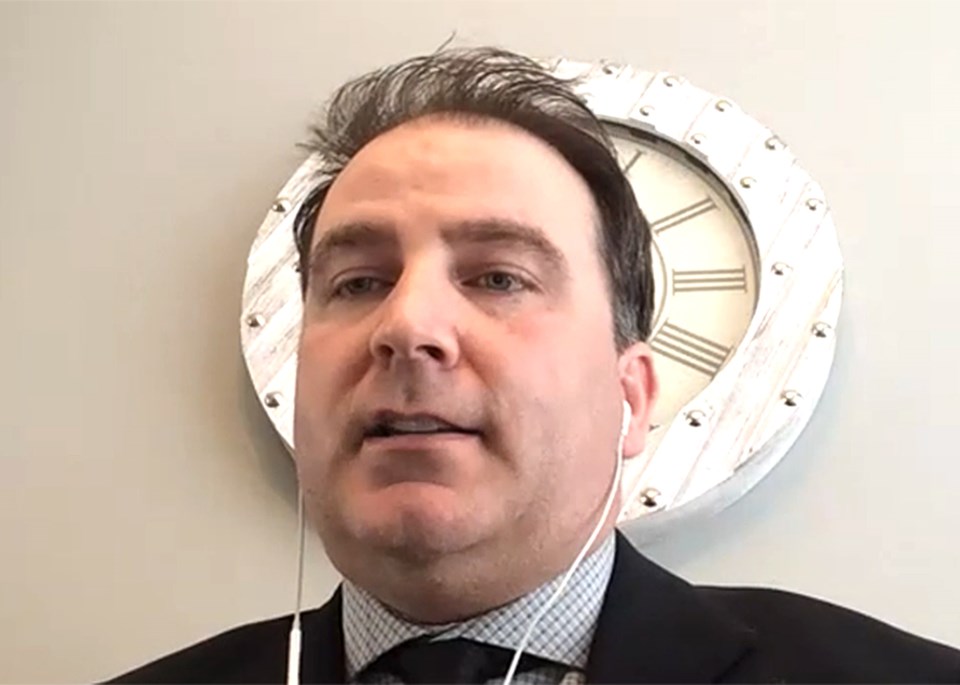 The Warriors announced Thursday morning that assistant general manager Jason Ripplinger had officially been promoted as the team’s general manager. He takes over from Alan Millar, who resigned from the position in February to become Hockey Canada’s director of player personnel.

For Warriors president Chad Taylor, the move made sense given not only Ripplinger’s pedigree but the organization’s desire to promote from within given the opportunity. And when the new-old guy has more than 20 years of experience working in the front office with WHL teams, it all makes perfect sense.

“It’s great to have continuity in the organization, I think that’s something Al has given credit too, and today’s announcement should really be no surprise,” Taylor said. “Jason has had a tremendous career in the WHL, he’s been a part of our organization for the last four years and the team that’s out on the ice today has a lot to do with Jason.”

Ripplinger previously spent 17 years with the Vancouver Giants organization and was part of the tremendous run the team had through the 2000s, including five straight B.C. Division titles from 2005 through 2010 as well as a WHL title in 2006 and the Memorial Cup in 2007. He joined the Warriors as the assistant GM in July 2017.

“I’ve followed Jason’s career for a number of years, and in fact, he interviewed for this job 10 years ago and was one of the runner-ups,” Taylor said. “So it was nice to see him join our organization and it’s an honour to name him our general manager today.”

Ripplinger, his wife Jen and their family will relocate to Moose Jaw from Regina, and needless to say, he’s looking forward to the opportunity to lead a WHL franchise.

“It’s a very exciting day for myself and my family, there’s a great future here in Moose Jaw,” Ripplinger said. “I believe the Warriors are going in the right direction… We want to contend next year, we want to get the point this is a .500 hockey club and make some strides and make sure everyone has improved this year. I think next year we want to take a step and then again the year after. If we can contend next year, we will.”

Once settled into the Friendly City and his new role, Ripplinger plans to become as much as part of the community as he can.

“That’s very important,” he said. “I want to get out and get involved in the community and get to know people. It’s always nice when you get to know people at the rink all the time, but it’s nice to get out and have coffee and meet people who are in the city. I know it’s a diehard town and they love the Warriors and I remember growing up when I played for the Humboldt Broncos and how important the team and players were to the community. So I definitely want to get out a meet people.”

What’s New is the Same

When it comes to the hockey side of things, don’t expect a whole lot of changes. Millar, Ripplinger and head coach Mark O’Leary have built a culture around the team the last few years and plan to keep that plan moving forward in the coming seasons.

“With our team, we want speed, compete and hockey sense,” Ripplinger said. “The skill will take care of itself, we want a competitive team that’s going to go out and work hard, and as you’ve seen in the Hub, even though we’re down 4-0, we still work. The teams I had in Vancouver, we worked. We weren’t the most skilled team, when we won the Memorial Cup, Milan Lucic had 30 goals and 60 points as our highest scorer. But we had so many guys who could compete and had hockey sense and that’s the kind of team we want to have here.”

Hearing that philosophy is one of the reasons Taylor felt Ripplinger deserved the promotion.

“Being a community-owned team, we aren’t owned by anybody, so it’s important for the board and myself that we’re making the right choice for the organization,” he said. “I don’t think there’s any question that Jason was the right choice, it was just optics and time and letting people who were interested reach out.”

When it came down to the final decision, Taylor and the board of directors felt continuity was key.

“We’ve been building this organization and developing our people and that’s what we wanted to continue to do… I think the first priority is you gotta know the hockey world and how to draft and how to recruit players as a general manager,” he said. “The office stuff, the business side will come. He has a good staff behind him and we’ll get him up to speed, but we need a leader, and that’s Jason.”

O’Leary himself was also more than happy to see Ripplinger move on up, especially with how the plans for the near future match up very similarly.

“I’m thrilled,” O’Leary said from the Regina Hub. “As a coach, it means everything to have a relationship with your boss and I know within the organization it starts at the top and the support we get from the board and the general manager and that allows us to do our job as coaches.

“As a coaching staff we’re real excited for Jason, we’ve talked about our future here and that’s a vision we all share, not only what our team looks like right now but where we want to get it too and what it looks like when it’s competing for a championship.”

Ripplinger expressed gratitude for the opportunity and made sure to thank many of those who helped him reach this position.

“I’d like to thank Chad Taylor and Bob Dougall and the rest of the board members and Alan Millar, I really have to thank him as well,” Ripplinger said. “He approached me four years ago about becoming the assistant general manager here in Moose Jaw and it was about grooming me to be the next guy. He wasn’t sure when he was leaving and that time came a little quicker than everyone thought, but today’s the day and I’m excited to be here.

“I’d like to thank the Vancouver Giants organization, Scott Bonner, Terry Bonner and Glen Hanlon for their support in the 17 years I spent there. I’m very excited to move to Moose Jaw and be part of the community and I’m looking forward to being part of this close-knit community.”

The Warriors are back in action in the East Division Hub on Friday when they take on the Swift Current Broncos (8 p.m.)