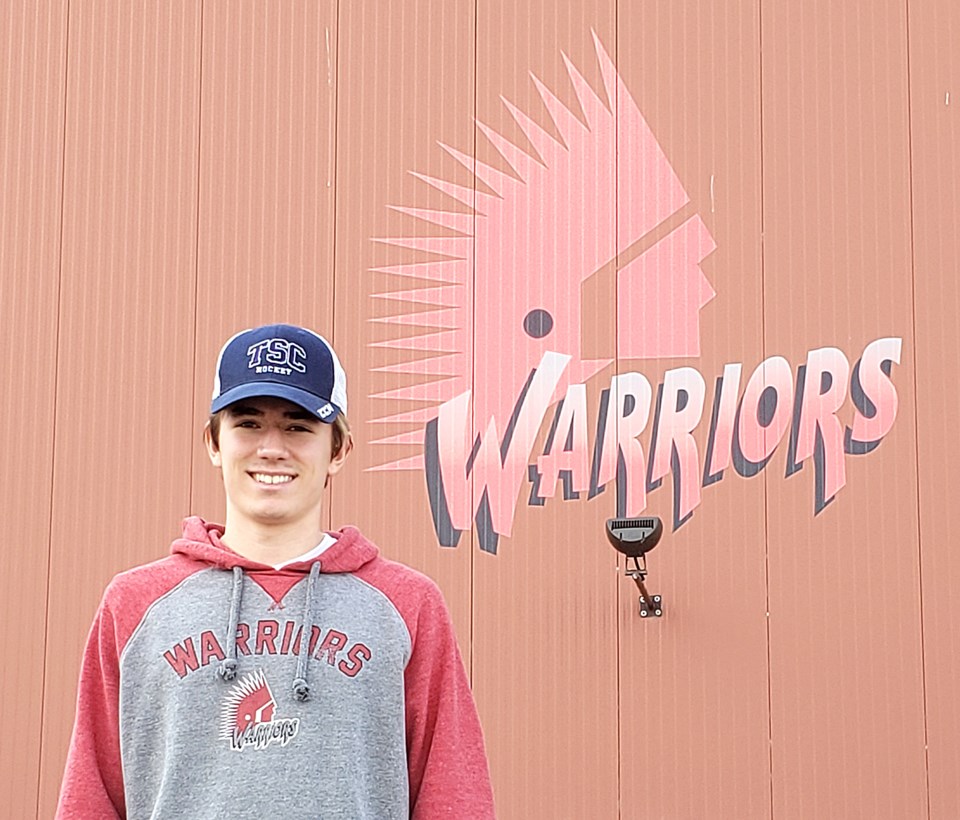 Moose Jaw Warriors first round pick Brayden Yager visited Moose Jaw as a member of the WHL franchise for the first time on Saturday.
Normally around this time of year, the Moose Jaw Warriors would have been long through training camp and deep into their exhibition schedule, preparing for their Western Hockey League season opener in a week’s time.

And Brayden Yager – the team’s third overall draft pick in the 2020 WHL Bantam Draft — would have already had a chance to wow Warriors fans with a skillset that has observers predicting big things for his hockey career.

But, like everything else in the world right now, COVID-19 has put a stop to all that.

The ice hasn’t even been installed in Mosaic Place yet, with the building still off-limits to the general public. Training camps aren’t even expected to start until mid-November, if that, and while an early-December start date has been projected, the WHL has yet to release a schedule.

The team was in the public eye this past weekend, though, as they held a rummage sale of sorts, offering old game-used equipment for sale and deep discounts on items in the team’s Crushed Can souvenir shop.

That the team was holding a sort-of gathering offered Yager his first opportunity since being drafted in April to meet-and-greet the Warriors coaches and staff — and it wasn’t one he was about to pass up.

“I saw there was a little garage sale going on at the Warriors rink here, and I had nothing going on this weekend, so I decided to come down and say hi to everybody,” Yager said in a media scrum outside the arena on Saturday morning. “It would have been pretty special being able to come to training camp, but you have to respect what the league is doing, they’re trying their hardest to return to play safely. You just really can’t do anything about it.”

The 15-year-old forward and Dundurn product is projected to be a star in the WHL and even went so far as to request exceptional status in order to play a full season in the league as an underage player. That came after he scored 18 goals and 42 points with the Saskatoon Contacts in the Sask U18 AAA Hockey League, one year after putting up 44 goals and 103 points with Martensville in U15 AA action.

Yager has been sure to put in the work to try and live up to those expectations, even with the uncertainty surrounding everything.

“I’ve been training almost every day except for the weekends, and then skating two or three times a week, so that’s kind of what my weeks have been like,” he said. “It’s been really good.” 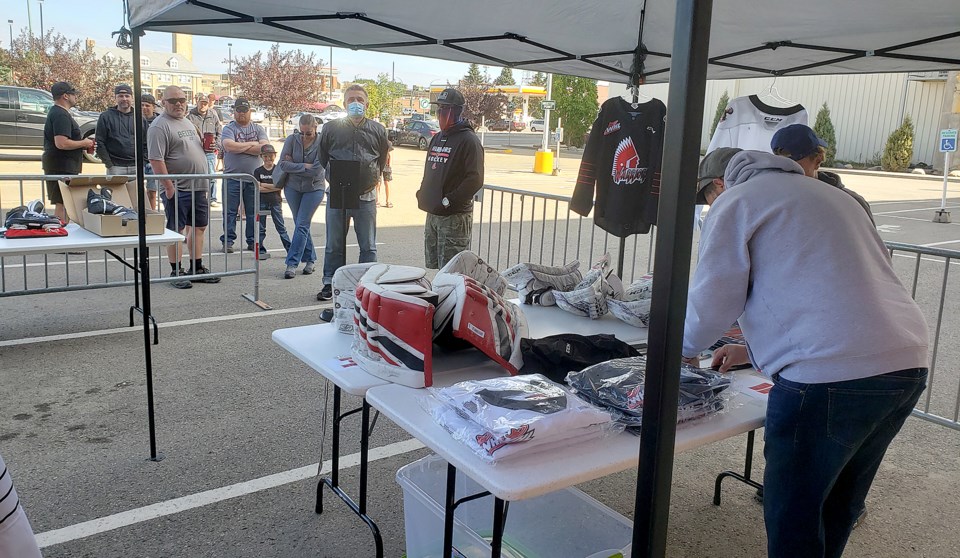 Dozens of patrons lined up to take part in the Warriors’ equipment sale on Saturday, which included deep discounts for merchandise from the Crushed Can souvenir shop.

Finally having a chance to come back to Moose Jaw and meet coach Mark O’Leary and general manager Alan Millar live and in person was a positive first step with his new team, as was the chance to see Mosaic Place from a ‘home’ perspective and visit the Warriors dressing room.

“It was pretty cool, walking into the room for the first time,” he said. “Mark took me around, it’s actually really nice, and seeing all the alumni guys on the walls was pretty sweet, pretty cool.”

It’ll be another year before Warrior fans see Yager in the black, red and white on a full-time basis. The team is all but certain to get him into the line-up as often as possible during the coming season — 15-year-olds can play five games until their AAA season has ended, or on an emergency basis, which is how highly touted prospect Denton Mateychuk played seven games for the Warriors last season.

That means another season with the Contacts alongside fellow elite prospect Riley Heidt and a potentially impressive season.

“I think winning with the Contacts, that is something that I’m looking forward to,” Yager said. “We have a new coach and he’s a great hockey mind so I’m thinking we’re going to have a great shot.”