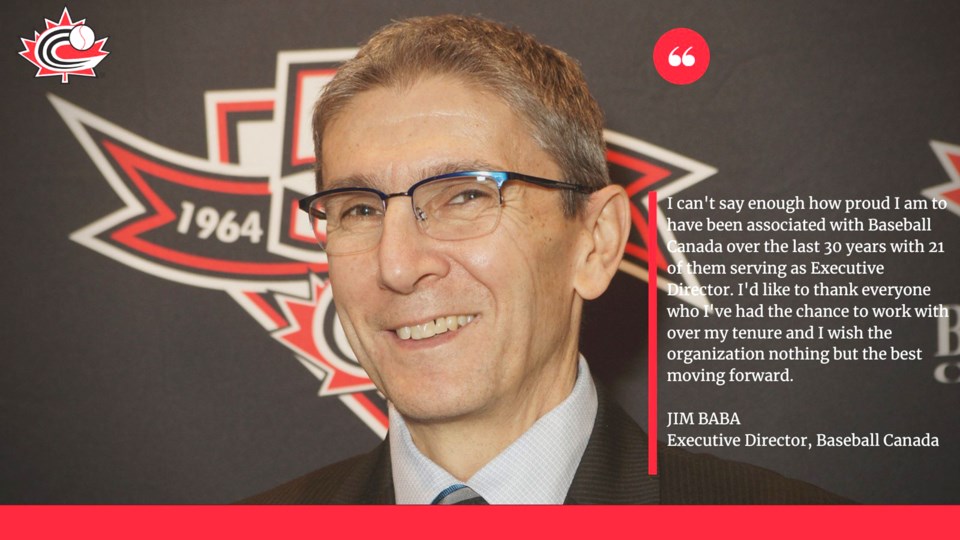 As a coach with Team Saskatchewan’s silver medal-winning team at that year’s Canada Games, Baba had done such an efficient job of running things that a new and exciting opportunity came to fruition almost out-of-the-blue.

“I was lucky enough when I first joined the Moose Jaw Regals, the old guard was still around,” Baba said during his induction into the Moose Jaw and District Sports Hall of Fame in October 2019. “Ned (Andreoni), Larry Tollefson, all those guys were still there. I had a great learning base and doggone if it was a couple of years later and Ned tells me 'ah, I think you should coach.'

“So then you do that, but you never expect to be able to coach Team Canada down the road. But things worked out. We got silver at the Games and the coach of the Team Canada was there, he spotted me and said 'hey, I want you to go with us in February with this guest coaching opportunity.' I went for two weeks and didn’t think anything of it and then that winter he's calling me and telling me 'by the way, they want you to coach the national team.' So it was just like that; things worked out perfectly.”

That all led to Baba working the bench with Team Canada for the 1991 Pan American Games. Two years later, he was the head coach of the Baseball Canada national team. And in 2000, the former local baseball standout with no real coaching aspirations was named the executive director of Baseball Canada.

On Thursday, after 21 years in that position, Jim Baba announced his intention to retire at the end of the year.

“I can’t say how proud I am to have been associated with baseball Canada over the last 30 years, with 21 of them serving as the executive director,” Baba said in a press release announcing his decision. “I’d like to thank everyone I’ve had a chance to work with over my tenure and I wish the organization nothing but the best moving forward.”

“When you think of Baseball Canada a select few names come to mind and Jim Baba is definitely one of them,” he said. “The impact he has had on baseball in Canada from his role as Executive Director has been immeasurable across all areas of our sport.”

What better place to start running down Baba’s accomplishment than with the winning?

During Baba’s tenure, Baseball Canada qualified for a pair of Olympic Games (2004, 2008) and he oversaw the implementation of the Women’s National Team program in 2004 that sits today as the No. 2 ranked program in the world. In addition, the men’s national team won back-to-back Pan Am Games gold medals (2011, 2015) and the junior men’s program is renowned as one of the best of its kind.

Baba also worked on the development of the popular Challenger Baseball program for athletes with physical and cognitive disabilities. Launched in 2012 the program now delivers opportunities to play to hundreds of players across Canada.

He also helped develop Baseball Canada’s National Coaching Certification Program and worked internationally at tournaments clinics as a technical commissioner and technical director many times over the years.

“It’s incredible to look at everything that Jim has played a role in during his time as Executive Director,” added Dickson. “The organization is in a tremendous place right now and we have him to thank for that.

“The respect that Jim Baba has in the Canadian baseball community and throughout the world is fully deserved and a testament to Jim as a person and how he’s conducted himself throughout his career with class and dignity.”