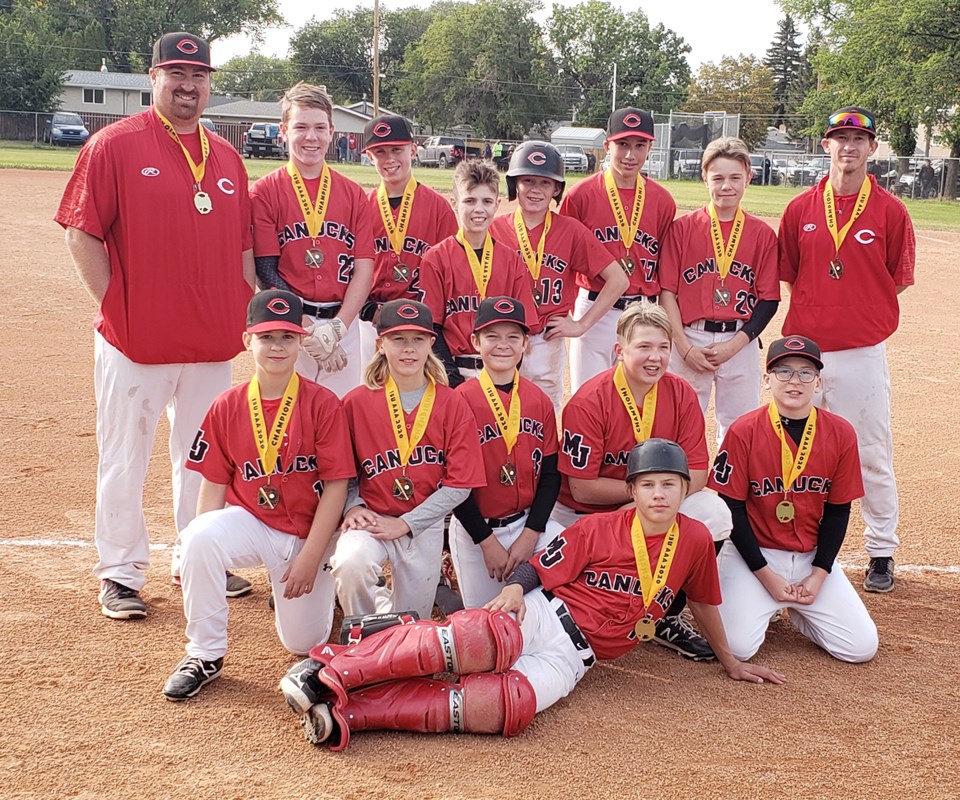 On Sunday afternoon against the Regina Pacers in the league championship final, they’d need to find a way to put it all together despite facing as much adversity as they had all season.

And in the end, it all worked out as well as they could have hoped.

Owen Csada hit a single to right field in the first extra inning, bringing home Kale Pratte and Owen Varjassy with the game-tying and game-winning runs as the Canucks took a 7-6 victory over the Pacers to claim Moose Jaw’s second championship gold in as many weekends.

“The boys, they played a great game, they knew what was on the line, the battled and they stuck it out,” said Canucks coach Dustin Caplette. “Our pitchers threw strikes, the bats eventually woke up and we pulled it out.”

It didn’t look good for the home team in the early going, as the Pacers — who had upset the first-place White Butte Broncos in their semifinal — roared out to a 5-0 lead heading into the Canucks' half of the fourth inning. 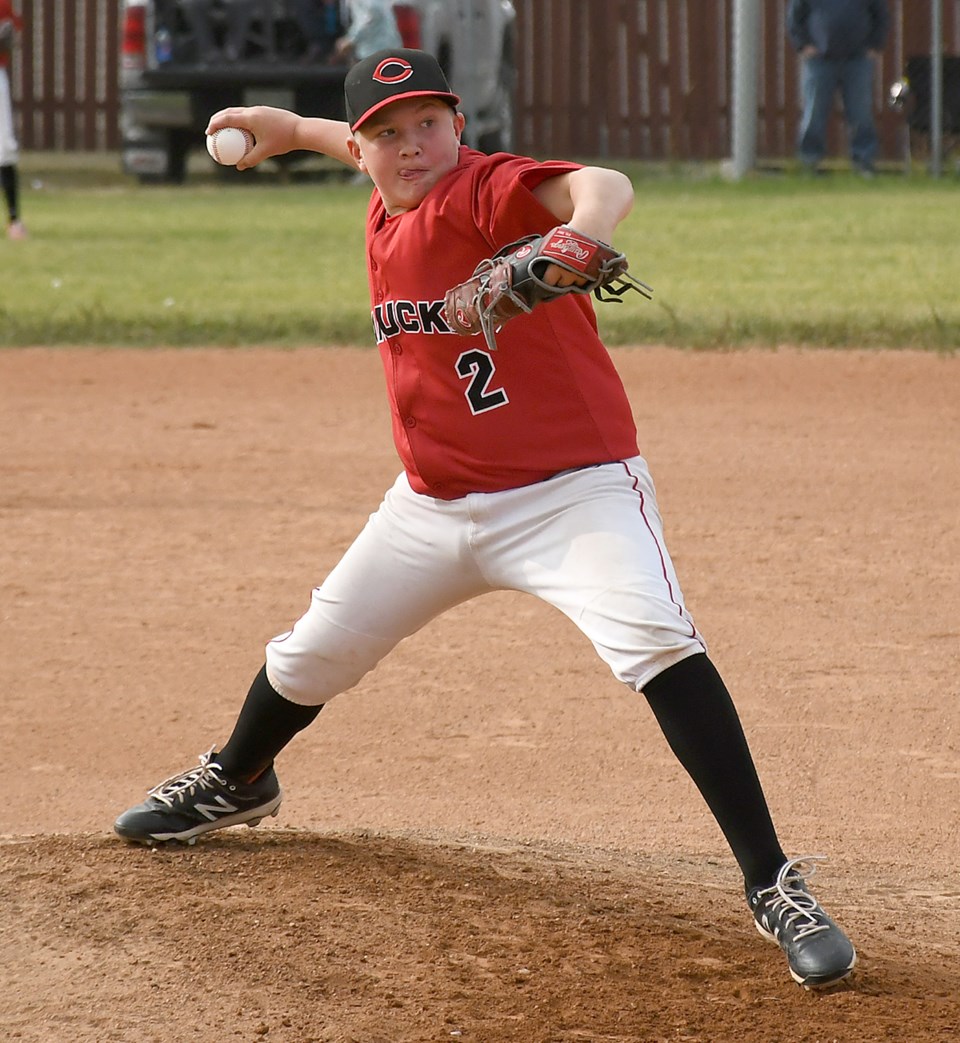 Owen Csada was able to shut down the Pacers long enough for his team to rally for the win.

There was no panic or concern on the Canucks’ bench, though, and that calm paid off with a three-run inning that got them right back in the game.

It certainly didn’t hurt that Csada was proving to be all but unhittable on the mound after giving up a pair of runs in the fourth. He’d allow only one hit over the next four innings — that coming in the eighth with runners on first and second due to the tiebreaking rule, giving the Pacers a temporary lead — and would cap the contest giving up three hits and striking out four.

His teammates, meanwhile, did their job at the plate, scoring a pair of runs to tie the game in the sixth and set up the dramatic finish. 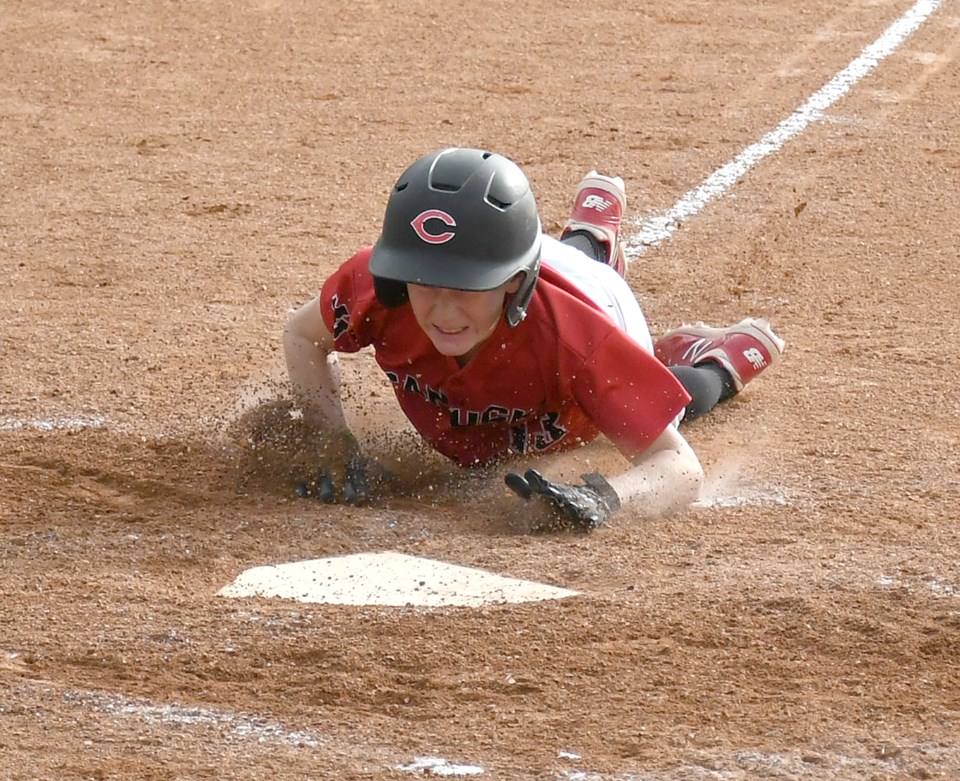 While the contest wasn’t the nearly flawless masterpiece they put together against the Regina Buffalos in the semifinal, the end result was all they could have asked for.

“In my world it was a perfect ball game,” said Caplette. “We did the clutch things when we had to and everything worked.”

Max Simmons had another stellar game at the plate, going 3-for-3 with a run scored and run batted in — including a double to lead off the seventh that saw him advance to third with none out before Regina escaped the jam.

Rylan Caplette-Tarrant got the start on the mound and allowed three runs — two earned — over three innings, allowing five hits and striking out a pair.

The win capped off an impressive late-season surge for the local squad, as they finished the season with a 14-6-1 record and lost first place on the final game of the regular season.