When is the Right Time to Change Your Tires?

Curtis Moggey is no stranger to changing tires. Alongside his wife, Rosemarie, he has been running Panda Tire & Auto since 1992; and he was changing tires a long time before that. He's been into cars since High School Shop Class and he's still spinning 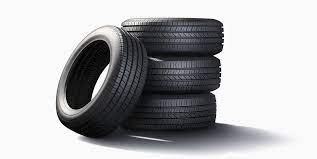 Curtis Moggey is no stranger to changing tires. Alongside his wife, Rosemarie, he has been running Panda Tire & Auto since 1992; and he was changing tires a long time before that. He's been into cars since High School Shop Class and he's still spinning wrenches to this day. When it comes to understanding your tires, Curtis is definitely an expert in the field.

2021 hasn't been a typical year in the tire and auto industry, or as far as weather is concerned either. For instance, we've seen a blizzard in the middle of the April that covered the streets with heavy, wet snow. This after many had put their winter tires into storage already.

"A couple of years ago in mid-April we had the same type of storm as this year and I am sure there were many people questioning why they changed their tires from the winters then as well" Curtis told Moose Jaw Today.

"It's a real guessing game, at best" he added. "The same question comes up in the late fall and winter, “when is that first big blast of snow going to happen?"

Curtis acknowledges that it isn't healthy for your winter tires to be kept on year round.  Keeping them on too long compromises the tread life of the tire. Winter tires also don't handle the same in dry and wet weather, They brake differently and aren't as hydroplane resistant.

"There is also a cost associated with keeping winter treads on in reduced fuel efficiency due to higher rolling resistance" he said.

Curtis says the best time to change your tires isn't the same for everyone. It all depends on how you use your vehicle.

"Earlier in the season will prolong tread life as the softer winter rubber compounds do wear more quickly. However, if you are someone who relies on the vehicle to commute on the highway or do considerable in town driving, delaying the change over until the likelihood of a storm is minimal seems prudent."

For anyone who finds they have changed their tires too early, Curtis offers some sensible advice:

"listen to the highway hotline and believe it when they say “travel not recommended”. Be extra cautious in snowy and slippery conditions and maintain tires with adequate tread depth for the warmer weather too, not just good winter tires. A worn tire won’t help you stay in control in adverse conditions, heat, rain, snow or ice."

Of course, if at any time you are uncertain about when to change tires, you can always contact Curtis at Panda Tire & Auto.

Curtis has one more piece of advice for drivers out there. "Take care and drive safe all year."