"When I started with Don Jones in June of 2005, I had no idea that I would eventually find myself in the position of General Manger/Vice President and a share holder of the business." That was a quote from Dayna Chamberlain. Dayna is both the GM

"When I started with Don Jones in June of 2005, I had no idea that I would eventually find myself in the position of General Manger/Vice President and a share holder of the business."

That was a quote from Dayna Chamberlain. Dayna is both the GM and the VP of  W.J Jones & Son Funeral Home and the Parkview Funeral Chapel. She began there as a student intern sixteen years ago and with hard work, strong support and quality mentors she ascended the company ladder all the way to the top, surpassing plenty of significant milestones on the way up.

"One of the biggest challenges in the journey from a student to the GM, was transitioning from the one learning to “row the boat” to the one that is now leader of the ship" she told Moose Jaw Today.

"When I first started in the profession, I probably put unnecessary pressure on myself knowing I had this honour" she said, adding "having the ability to step into all these roles certainly gave me the ability to step into whatever shoes were needed. It also helped when working with families as their funeral director as I had the knowledge and understanding to questions they may have with cremation and embalming."

"As I look back, I see how many other women have become funeral directors, embalmers, and cremation techs in Moose Jaw. It is wonderful to see how women have been accepted and embraced in what was known as traditionally a “man’s job”. Throughout the province you see many women coming into the profession" she said. 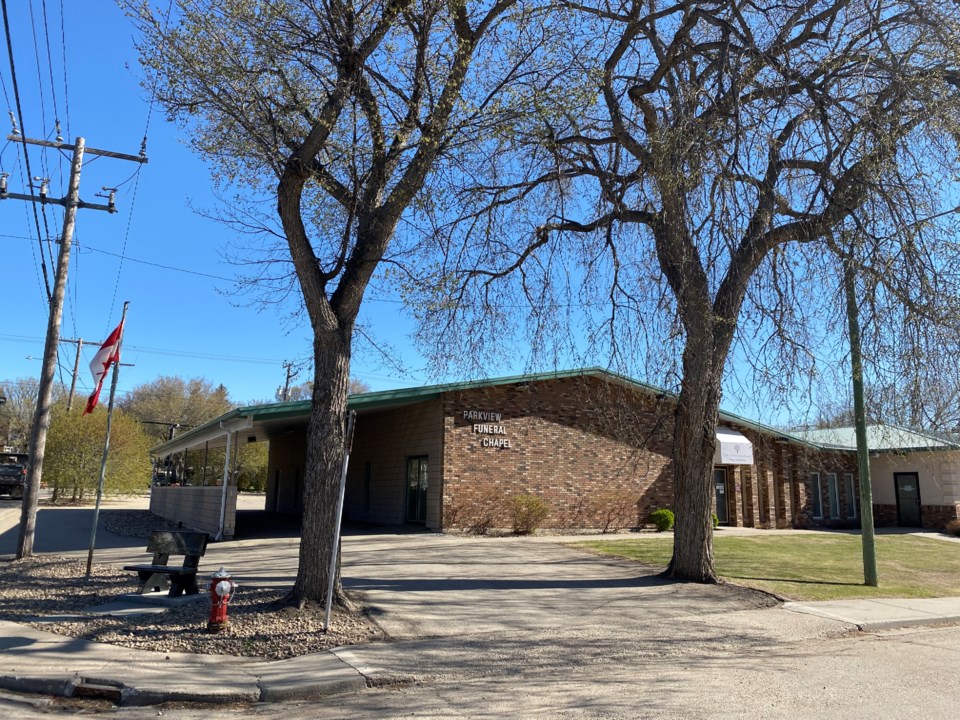 Because Dayna had all of these "firsts" she was asked to participate in an event in Regina that was something she says she will remember for a long time.

"CBC Radio hosted a Human Library event at the Regina Public Library in which the public could book an appointment to speak with one of the “Human” Books at the event." Dayna was one of the "books". "I met many wonderful people that day who had so many questions about what I did as an Embalmer. I learnt just as much from them as they did from me."

W.J Jones & Son have long been innovators in the funerary industry. They opened the second crematorium in the province over 40 years ago. They've recently added an indoor columbarium; the first of it's kind in the city. Columbarium was built in the 90’s not recently

"You see other funeral homes now doing the same” Dayna said. “It is quite an achievement when you see others mirroring your business.”

Dayna is excited and optimistic about the future of both the funeral business and society in general. “I believe as we move forward you will see technology begin to be utilized more. That would be one positive Covid has given us: the ability to connect in other ways."