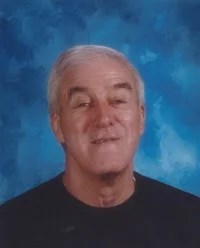 NEVILL: Robert Edwin Nevill. It is with deep sadness that we announce the passing of Robert Edwin Nevill (Nevs), age 81, at the Brandon Regional Hospital on April 7th, 2021. Bob was known as a people person, man of strong character, an active member of the community and a friend to many. Bob was born in Moose Jaw, Saskatchewan on Feb 23rd, 1940 to Fred and Anne Nevill. He was the youngest of four with three older sisters who he loved dearly.Bob was always proud of his hometown roots and had a unique ability to find a hometown connection wherever he went. No matter where he travelled he always found someone from Moose Jaw. At an early age Bob developed a passion for sports and community. He actively participated in many sports. His involvement in sports led him to move to Brandon in 1971 where he helped coach the BU bobcats men's basketball team while pursuing a degree in education. Bob was a teacher within the Brandon school division for over 30 years. He truly loved the students he worked with and made an impact on many. He was a strong advocate for the students and provided support and encouragement. Bob had an enthusiasm for life like no other. He saw the world as a place of endless opportunities and for him he saw those opportunities through sport. He participated as a player, coach, referee, manager, scout and spectator. The connections he made through these activities brought about many lifelong friendships. Bob is lovingly remembered by his daughter Cory Nevill, son Rhett Nevill (Stacy), his beloved granddaughters Andi, Casey, Sylvie, Rhetts mother Wilma Nevill. Bob was predeceased by his parents, sisters Betty Williams, Joan Miller and Lucile Vargo, brother in-laws Ken Williams and John Miller, mother and father in law Ada and Art Penno. Due to COVID restrictions a ceremony to celebrate Bob's life will be held at a later date. Donations in memory of Bob can be made to the Alzheimers Society or Kids Sport Manitoba.

Expressions of sympathy may be made through White's Funeral Home,Minnedosa. www.whitesfh.ca