What to read while social distancing: a shortlist to get started with 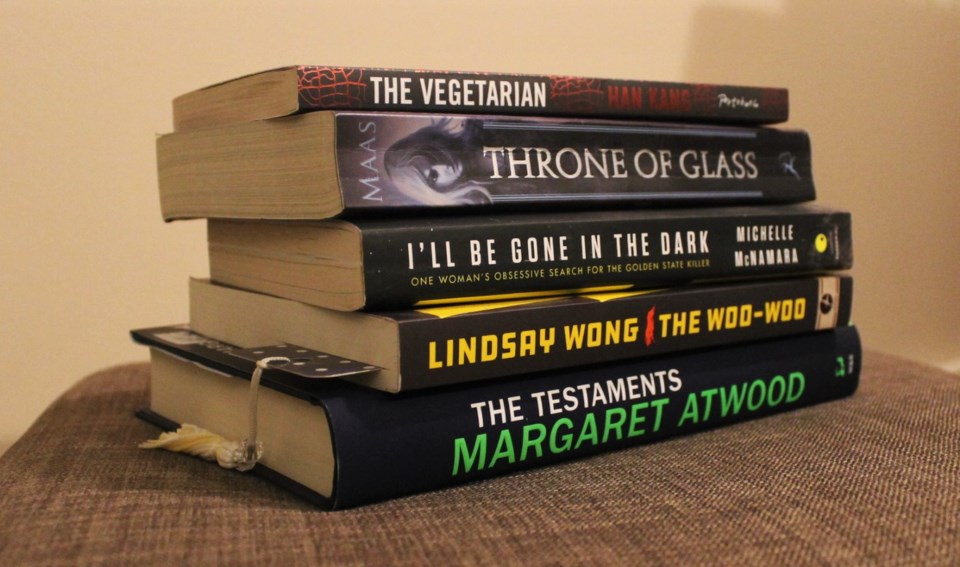 It's about that time that the novelty of self-isolation has worn off, and some may be itching for a change in scenery that may only get scratched by diving into a good book.

For all those looking to take a break from the TV but still couch-surf in a productive way, here’s a list of interesting book titles to consider cracking open while you maintain that social distance.

The Marrow Thieves by Cherie Dimaline
Dimaline’s award-winning sci-fi novel creates a world where the indigenous people of North America are being tracked down and entrapped for an entirely different reason: their bone marrow seems to hold the answer to why the rest of the population has mysteriously stopped dreaming. The Marrow Thieves follows 16-year-old Frenchie, as he struggles to survive and make his way to the north while avoiding the marrow thieves.

Lost Boy Found by Kirsten Alexander
Alexander’s historical novel begins in the summer of 1913 in Louisiana when a four-year-old boy goes missing in the woods. Two years later, the mysterious reappearance of a boy with a tramp who says he’s the missing child becomes a heated competition between two mothers both claiming him to be their son.

The Authenticity Project by Clare Pooley
Six complete strangers share the deepest truths about their lives in a green notebook, as it gets anonymously passed around, first in a cafe then a wine bar. Each quirky character has a story to tell, and a lesson to learn about bravery and putting your real self forward.

The Testaments by Margaret Atwood
For those who enjoyed her successor The Handmaid’s Tale, Atwood returns to Gilead with its sequel. Set 15 years after the events of The Handmaid’s Tale, readers are once again drawn into the stories of three women as the dystopian regime begins to falter.

The Vegetarian by Han King
Kang’s novel is a unique exploration of one South Korean woman’s frightening dream prompts the decision to become a vegetarian, which infuriates her husband and begins a descent into madness as she tries to reclaim her body.

The Woo-Woo by Lindsay Wong
Wong lays out an intriguing and hard-to-put-down autobiography about growing up in a Chinese family in a Vancouver suburb, navigating family superstitions, mental illness, drug raids, and hockey. Wong will be attending this year’s Festival of Words in July, so brushing up on her novel that was shortlisted for by CBC’s Canada Reads 2018 is a great idea.

A Geography of Blood by Candace Savage
Candace Savage’s autobiography won the Hilary Weston Writers' Trust Prize for Nonfiction in 2012, when she debuted her story about discovering the beauty of the Cypress Hills area, and the dark and twisty history of the Saskatchewan plains.

I’ll Be Gone In The Dark by Michelle McNamara
For anyone who is a fan of true crime, they’ve almost definitely heard of McNamara’s now-famous search for the true identity of the serial rapist known as the Golden State Killer. I’ll Be Gone In The Dark is a fascinating collection of McNamara’s efforts to identify the serial killer, published after her death with an included update about the state of the case.

Untamed by Glennon Doyle
Doyle is a celebrated activist, speaker, and author, whose newest novel is both a memoir and a wake-up call to women to embrace their inner voice and examine how societal expectations are limiting them in their identity.

Educated by Tara Westover
Tara Westover’s parents didn’t believe in formal education — which is why she grew up at home learning the skills as an herbalist and midwife, helping her family prepare for a coming apocalypse until she was seventeen. Her memoir tells that story, and how her first day of university was her first day of school.

One Of Us Is Lying by Karen M. McManus
This young adult novel from the New York Times Bestseller List is the story of five teenagers who head to detention and hand over their cell phones, only to end up caught in a murder investigation — and they’re the prime suspects.

Dear George Clooney, Please Marry My Mom by Susin Nielson
Nielson, who attended last year’s Festival of Words, is a bonafide expert in young adult literature, and her novel in which young teen Violet decides to take her mother’s love life into her own hands and land her George Clooney surely proves it.

Throne of Glass by Sarah J. Maas
This first installment in a fantasy series that spans seven novels is set in a unique world of fae and magic, in which one assassin has to decide whether she will use her talents to save the world from a dark threat. The series features plenty of magic, tense action and a more-than-capable heroine to keep just about anyone interested.

Tweet Cute by Emma Lord
This rom-com style story follows two teens named Pepper and Jack, one from a massive fast-food chain family and the other from a mom-and-pop style deli, who spend most of their time trading shade on Twitter — while also unknowingly falling for each other on another anonymous messaging app.

The Science of Why by Jay Ingram
As the former host of the popular science show Daily Planet, Jay Ingram has answered his fair share of questions about science — which he’s collected into a handy book made for kids to discover the answers. Ingram is another author set to attend this year’s Festival of Words.

Goodbye Winter, Hello Spring by Kenard Pak
Filled with soft, beautiful illustrations and poetic language, young readers can take a walk with a boy and his dog as they notice all the changes outside as spring arrives. Pak’s addition to his series of changing seasons picture books is perfect for young children around preschool age and is a great way to start dreaming about spring.

Mother Bruce by Ryan T. Higgins
In this picture book that begins a whole series of adventures, Bruce the bear just wants to be left alone with his favourite hard-boiled eggs — except oops, his eggs have hatched into goslings who think he’s their mother? What’s a bear to do?

The Wild Robot by Peter Brown
This illustrated book recommended for ages 8-11 is about a robot who wakes up on an island and tries to find her place with the animals in the area, who aren’t terribly welcoming.

All of these titles are available as e-books through Overdrive, and can be downloaded on the Overdrive website, smartphone app, or on an e-reader device.

Overdrive can be used by all Saskatchewan library card holders, including Palliser Regional Library and Moose Jaw Public Library members.

If you are in need of a library card, call the Moose Jaw Public Library front desk at 1 (306) 692-2787 or email your library card request to ask@moosejawlibrary.com. You can also message Palliser Regional Library on Facebook for help signing up for a card.

These titles are also available through retail locations such as Indigo or Amazon.ca.