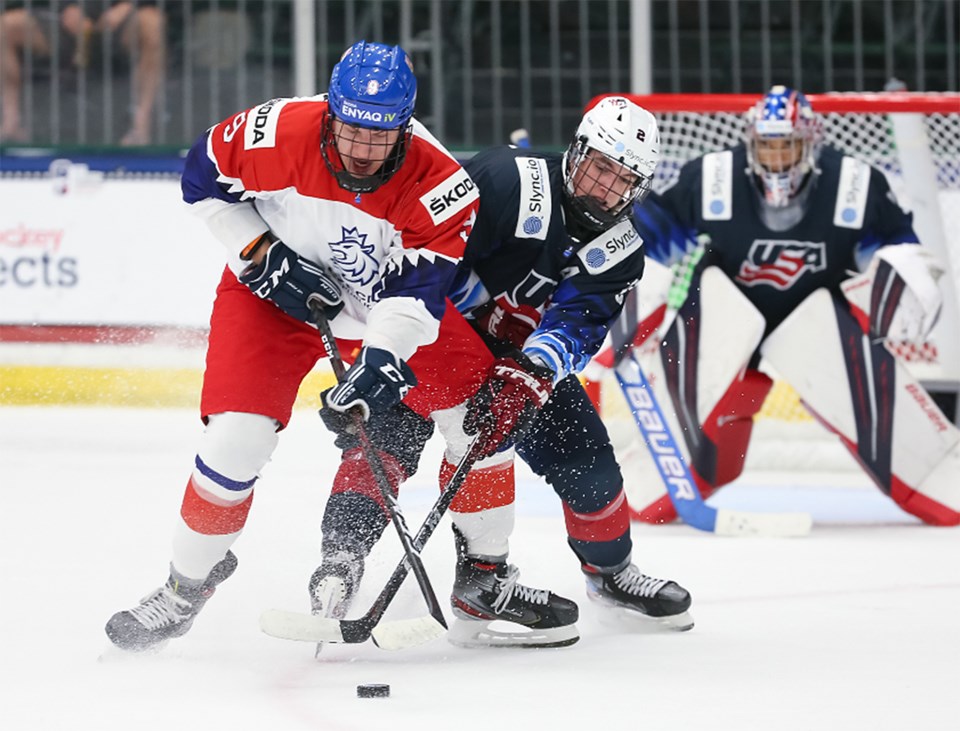 The Warriors will pick 17th overall as they look for a second import player alongside Czech Republic forward Martin Rysavy (left).IIHF.com
The Moose Jaw Warriors will have another late-round pick in an upcoming player selection draft.

With the unusual circumstances around the pandemic season, the Western Hockey League held a special lottery to determine positions for the Canadian Hockey League Import Draft, which sees up to two players from outside Canada and the U.S. selected per team.

When all was said and done, the Warriors ended up with the 17th pick out of 22 teams for the event, which will take place on Wednesday, June 30.

The Warriors will also have the 16th overall pick in the 2021 Prospects Draft as well as the 22nd and final pick in the U.S. Priority Draft, both of which are in December.

Moose Jaw would have the fifth WHL selection in the second round of the Import Draft, but are likely to make a single pick, as Czech Republic standout Martin Rysavy expected to suit up at Mosaic Place for his 18-year-old season. The Warriors selected Rysavy with the sixth overall pick in 2020.

The Warriors also dealt the rights to Sweden’s Jesper Wallstedt to Portland last week. Wallstedt was the Warriors’ 46th pick in 2019 and is currently projected as a first round pick for the upcoming NHL Draft.

The Everett Silvertips will have the first pick for the WHL.