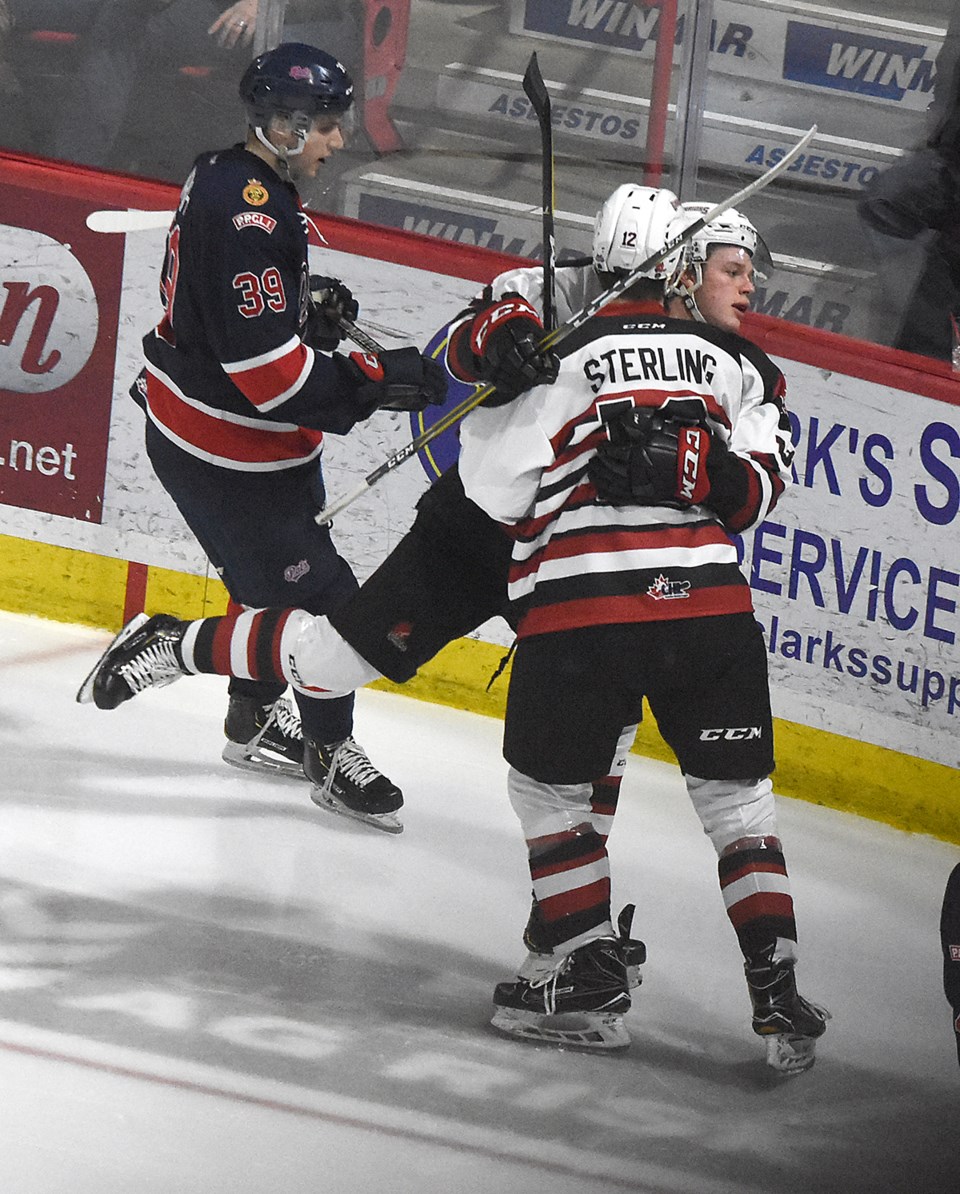 Tate Popple -- here celebrating a goal with Cameron Sterling -- scored his first of the pre-season against P.A.
The Western Hockey League pre-season is all about learning and developing, and through the first couple weeks of exhibition action, the Moose Jaw Warriors have had a few in-game lessons thrown their way.

One of the most important? If you let up and relax, even for a couple minutes, disaster can strike. And in a hurry.

The Prince Albert Raiders scored three times in the span of 3:22 early in the second period and held off a late-game surge to take a 4-2 victory over the Warriors in pre-season action Thursday in Prince Albert.

After a scoreless first, Evan Herman opened scoring for the Raiders with 1:52 gone in the second period. He was followed 1:21 later by Braydon Clark and a minute after that by Ozzy Wiesblatt to give Prince Albert their 3-0 edge.

The Warriors broke out a quick-strike offence of their own with 6:47 remaining in the game, as Eric Alarie scored his fourth goal of the pre-season, giving him a league-leading eight points in four games. Ryder Korczak and Carson Denomie added assists.

That power play marker was followed almost immediately off the face-off by Tate Popple scoring his first of exhibition, that coming only eight seconds after Alarie’s goal. Bryden Kiesman picked up the only assist.

That made things especially interesting down the stretch as the Warriors pressed for the tying goal. The Tribe had their chance when the Raiders took a too many men penalty with 1:58 remaining, but Herman scored shorthanded with 1:15 left to close out the game’s offence.

Jackson Berry recovered from a minor injury that kept him out of early pre-season, turning aside 26 shots. Boston Bilous made 29 saves for the Raiders.

The Warriors are back in action Saturday when they host Prince Albert at 7 p.m. at Mosaic Place.

Premier Moe's approval rating increases, but falls behind other provincial leaders
May 31, 2020 1:00 PM