Warriors excited for official WHL start date, but plenty of work ahead

Everything from bringing in players to business decisions up in the air, but positive news nonetheless
Oct 14, 2020 6:32 PM By: Randy Palmer 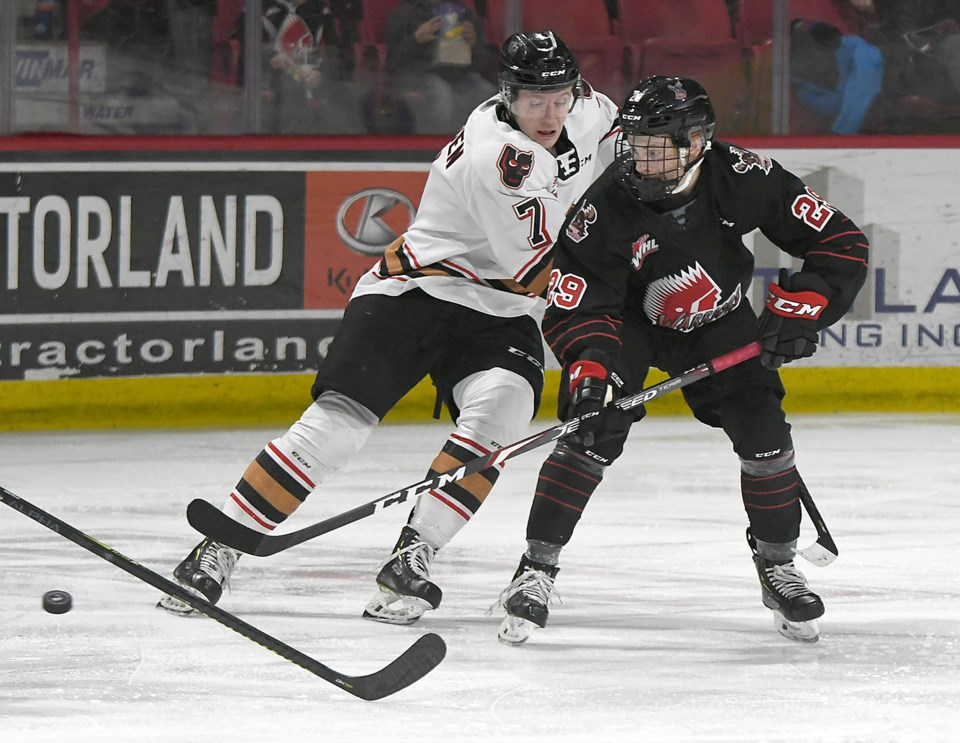 The Western Hockey League announced Wednesday afternoon that an official start date of Saturday, Jan. 9 had been set for the now-2021 season, marking the first step in a return-to-play plan that has been in the making for quite some time.

“I think it’s a good day for the game, a good day for our league and a great day for our players, who are the most important people in our league,” said Warriors general manager Alan Milar. “After our call today, there’s ton of respect for the owners in our league as we continue to look at the start of our season with no fans or potentially limited fans in the buildings and their commitment to our players and league and team personnel.

“We needed to return to play, we needed development opportunities for our players and there’s a lot of respect for the process. So it’s a good day and we can start working toward the plan of starting on Jan. 8.”

The WHL originally planned to start in mid October back when COVID-19 first shut things down, and that date was pushed back until Dec. 4 this past summer. More changes could come if there’s a change in the pandemic situation.

The league format will be substantially different, with teams playing exclusively in their own divisions throughout the season. That includes the six Saskatchewan and Manitoba teams in the East Division, as well as the Swift Current Broncos, who will move from the Central Division for the coming campaign

How many games will be played and how the schedule will shape up has yet to be determined.

“Well be finalizing a lot of things over the next couple of weeks,” Millar said. “I expect our players will come in shortly after Christmas. I know our coaching staff will be jumping on a lot of Zoom calls over the next few days to bring them up to speed and talk about their preparation for getting ready for a return.”

Then there’s the off-ice stuff. Building capacity is one of the chief concerns, with any decision by the provincial health body in that direction likely not coming until far closer to the date and depending on where the COVID-19 pandemic sits.

“From a business perspective, we have some work to do in terms of putting a plan together,” Millar said. “What do ticket sales look like based on the number of games and limited capacity, what does corporate sponsorship look like? So we’ll put that plan together to share it with our board of directors and staff and community.

"It’s certainly challenging times in terms of health and safety and the business side of our league, but at the same time it’s real important that we have a plan to play. We have to do all the right things in terms of return-to-play protocols, make sure our environment is healthy for our players, staff, officials and fans. Those will all be things we’ll be working on toward January.”

There’s also the question of what will happen with the team’s import and American players. Goaltender Brock Gould is currently at home in Colorado Spring, Col. while Martin Lang and first-round Import Draft pick Martin Rysavy are currently playing in the Czech Republic.

“We have some time on our hands here to work on that, and I know that our league knows the importance of that, working with government and immigration,” Millar said. “So hopefully we’ll be able to bring in Brock Gould and Martin Lang and Martin Rysavy into Moose Jaw in December.”