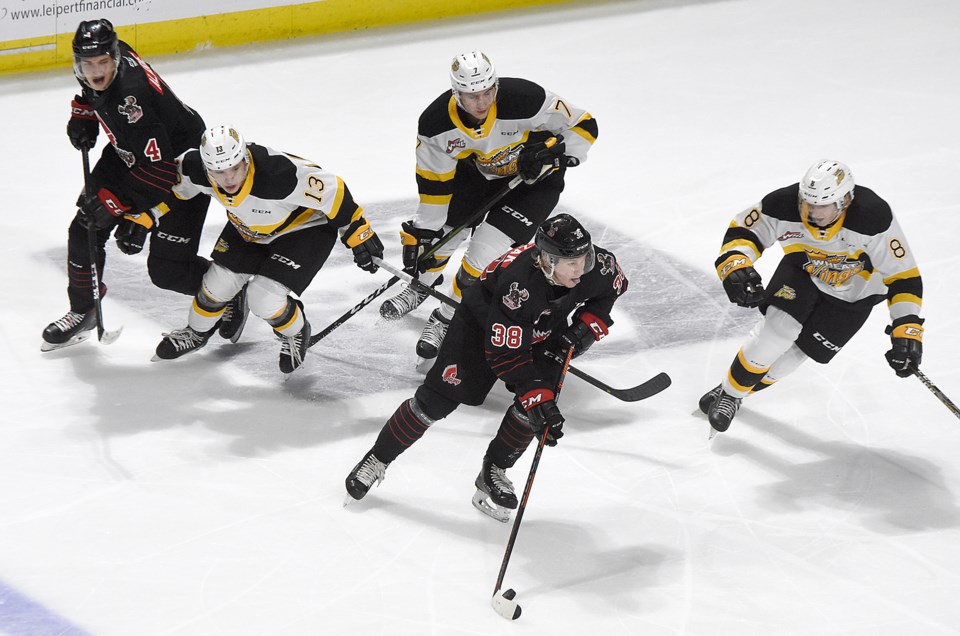 The WHL will be back in action on January 8.
The date has finally been set for the Western Hockey League to resume play during the COVID-19 pandemic.

The WHL Board of Governors announced Friday that the regular season will officially begin on Friday, Jan. 8 and will see players reporting to their various teams after the Christmas break.

The WHL continues  to work with each of the Governments and Health Authorities in the Provinces and States in Western Canada and the U.S. Pacific Northwest, respectively, on obtaining the necessary approvals to commence play. Details regarding the schedule of games in each of the four WHL Divisions will be announced at a later date.

On major change will see the league playing exclusively within the boundaries of each division, with the East Division featuring teams from Saskatchewan and Manitoba -- the Moose Jaw Warriors, Prince Albert Raiders, Saskatoon Blades, Regina Pats, Winnipeg Ice, Brandon Wheat Kings and the 2020-21 season, the Swift Current Broncos.

““The WHL is very excited to be opening our WHL Regular Season on January 8,” commented WHL Commissioner Ron Robison. “The WHL is a world-class development league and we remain fully committed to providing our players with the highest level of training, coaching, and competition in the system.”

No decision has been made as of yet when it comes to spectators being allowed at games.

The WHL also announced today it has appointed Dr. Dhiren Naidu of Edmonton as the WHL Chief Medical Advisor. Dr. Naidu, an Associate Professor at the University of Alberta and Head Team Physician for the NHL’s Edmonton Oilers and CFL’s Edmonton Football Team, served as the NHL Medical Director for the NHL hub, which just concluded in Edmonton. Dr. Naidu will be assisting the WHL with the implementation of its comprehensive health and safety protocol, in consultation with Provincial and State Health Authorities.