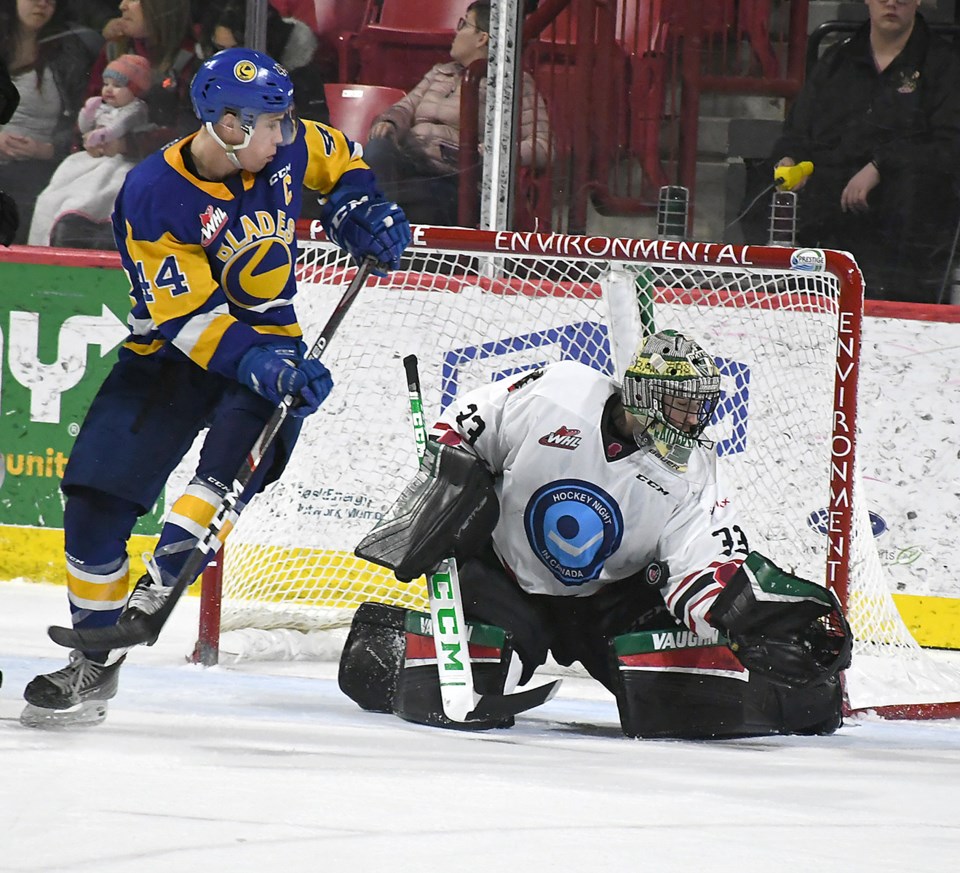 Bilous, 18, stopped all 26 shots he faced to earn the shutout as the Bruins rolled to a 7-0 victory over the Weyburn Red Wings in Weyburn on Friday night.

The contest was the first with Estevan for Bilous since being loaned to the team late last week.

Former Moose Jaw Generals standout and Everett Silvertips overager Cole Fonstad had two assists in the contest and moved into second in SJHL scoring with five goals and nine points.

Leading the SJHL in points? None other than Moose Jaw Minor Hockey product and Portland Winterhawks standout Reece Newkirk, who picked up two assists for the Melville Millionaires in their 5-4 loss to the Yorkton Terriers on Friday night. That gave the New York Islanders draft pick three goals and 11 points in five games so far this season.

Medicine Hat Tigers overager Brett Kemp had two goals and an assist for Yorkton, while former Warriors Kaeden and Keenan Taphorn had an assist each.

WHL players will remain available to their SJHL squads until late December when teams begin preparing for the prospective Jan. 8 start of the Western Hockey League season.