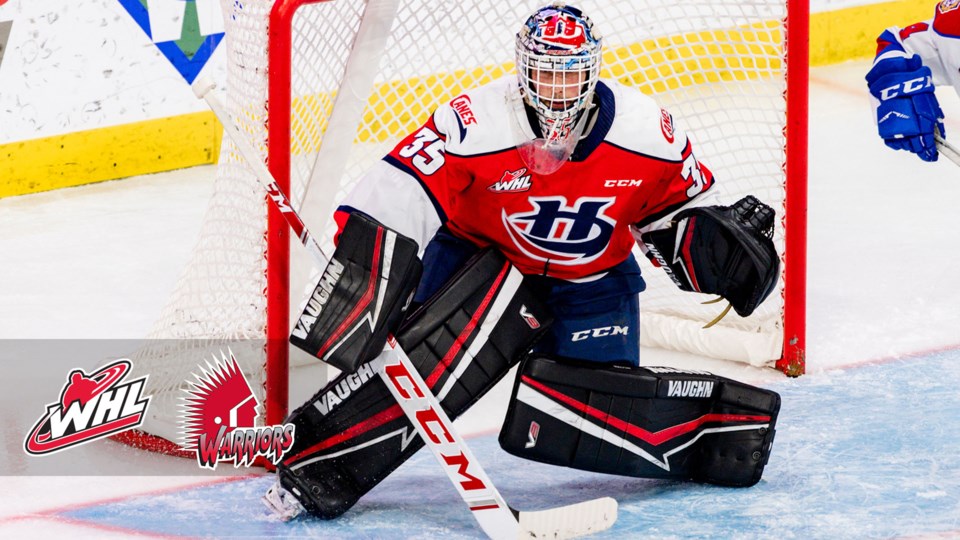 The Warriors picked up overage goaltender Carl Tetachuk from the Lethbridge Hurricanes in exchange for a seventh-round pick in the 2024 Western Hockey League Prospects Draft.

“I think for us, the price is right,” said Warriors general manager Jason Ripplinger. “Going back to the Hub this year, to me there were too many soft goals going in against and I just thought here ‘this guy has been a starter the last three years and he’s got 50 wins, he’s played roughly 95 games, he has tons of experience’, so I just felt at this time that we needed a change.”

Tetachuk has played the lion’s share of contests for the Hurricanes the past three seasons and is a proven commodity in the league.

Breaking into the WHL as a 17-year-old, Tetachuk played 37 games in the 2018-19 season and posted a 2.88 goals against average and .909 save percentage for a Hurricanes crew that reached the Eastern Conference finals before falling to the Swift Current Broncos.

It was more the same the following season: 41 games, a 2.82 GAA and .903 save percentage to go along with another 20-plus wins. The 2020-21 campaign marked a bit of a rebuild for the Hurricanes, and Tetachuk capped the season with a 4.11 GAA and .878 save percentage while playing 17 games.

“We’ve had lots of viewings on him and I’ve seen him lots, too, and I feel comfortable with him coming in,” Ripplinger said. “We’re definitely going to have only one 20-year-old goalie, so if it’s Tetachuk and Mirwald it’ll be good competition for both goaltenders.”

As for what the trade means for current Warriors overage goaltender Boston Bilous, time will tell.

“We’ll just see for now,” Ripplinger said. “Nothing is written in stone yet, we’ll have some meetings here going forward in the next week or so to decide what we’re going to do.”

The Warriors also regained the rights to overage goaltender Brock Gould after trading the Colorado native to Portland so he could play during the pandemic season, but have since chosen to waive him.