Unifor members will return to work Monday following a tentative deal between the union and the Crowns
Oct 20, 2019 5:34 PM By: Larissa Kurz 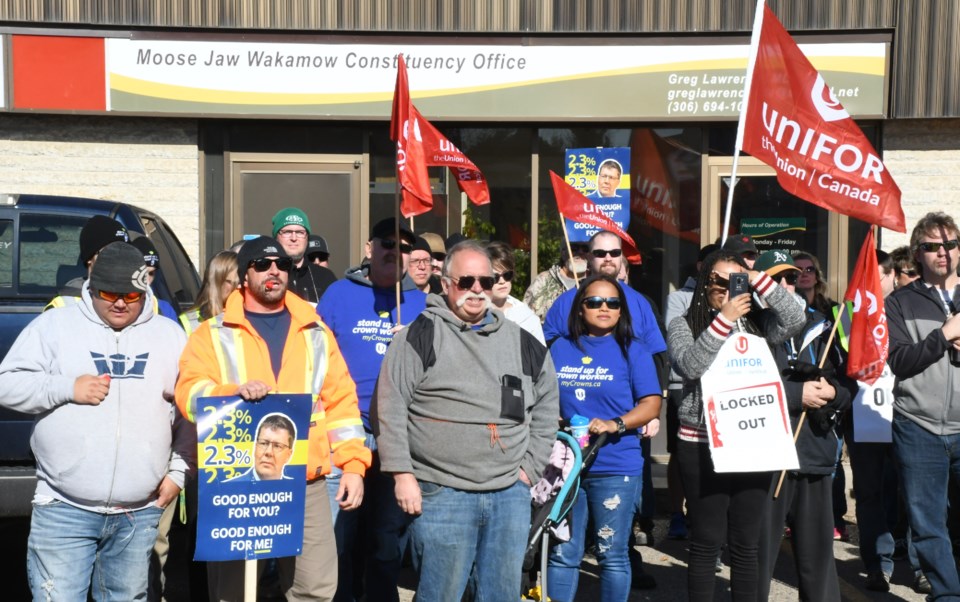 A province-wide press release has reported that six Crown corporations currently engaged in the labour dispute with Unifor have signed memoranda of agreement on Oct. 20, to reach a tentative agreement with the union.

Ratification by unionized employees must be completed before details of the agreements can be released, but the agreement looks to be the end of the Unifor labour strike for now.

“These agreements were reached because dedicated teams were determined to achieve agreements that are fair and beneficial to both the employees and the corporations,” Crown Investments Corporation President and CEO Blair Swystun said, in a press release. “On behalf of the leadership at each of the Crowns and CIC, thank you to the Crown bargaining teams and Unifor’s negotiators who have worked tirelessly to reach settlements.”

Crown employees will return to work schedules beginning Oct. 21, after two weeks of being locked-out and on strike.

SaskEnergy, SaskPower, SaskTel, Directwest, SecurTek and SaskWater have signed the agreements, and employees from all seven Crowns will begin voting on the tentative deal in the next few weeks.