'We want deterrents in place, where people who may be tempted to commit crime, if residents make it harder, they will move along'
Jul 30, 2020 1:30 PM By: Jason G. Antonio 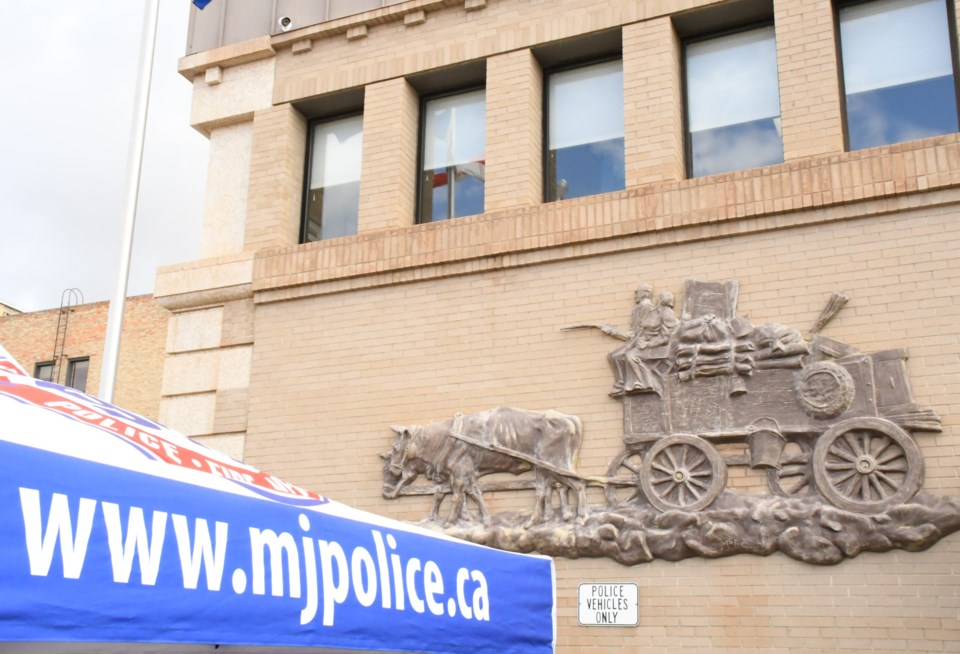 The Moose Jaw Police Service building, as seen from the west side. Photo by Jason G. Antonio

Residents can sometimes be complacent during the summer and leave their valuables in plain sight. This can attract thieves, so the police are reminding people to take precautions.

Summer is generally busier for the Moose Jaw Police Service (MJPS) than other times of the year, especially since it’s warmer outside and there are more hours of daylight, said Const. Kyle Cunningham. The police service usually sees an uptick in property crime and theft from the spring to the summer.

Most crimes are crimes of opportunity, whether it’s a bicycle left in view and not locked up, or vehicles left open or the windows left down.

The police constable did not have numbers available to compare this July to last July for property crimes, but pointed out the police service posts every call to its website daily. There are 50 to 60 calls a day to which it responds, with many calls related to theft of vehicles, bicycles or property.

Based on crime statistics for this June versus last June:

One way to protect bicycles, for example, is to purchase one or more good quality locks that thieves can’t cut through, Cunningham said. Owners should store their bikes either in the garage and out of sight or inside their home. This prevents someone who wanders through the back alley from seeing the bicycle and taking it.

Cunningham noted some people walk down the street and check car door handles until they come across one that is open. They then rummage through vehicles and take loose change or other valuables. He encouraged owners to lock their doors, roll up their windows, hide their valuables, and not store their keys — either the main set or backup set — in the console or glove box.

“That’s what we want. We want deterrents in place, where people who may be tempted to commit crime, if residents make it harder, they will move along,” he added.

It does fall on residents to safeguard their property, but if they become victims of crime, or see something suspicious, they should call the police, Cunningham said. Officers will investigate using the available evidence and do their best to help property owners, homeowners or individuals recover their goods.