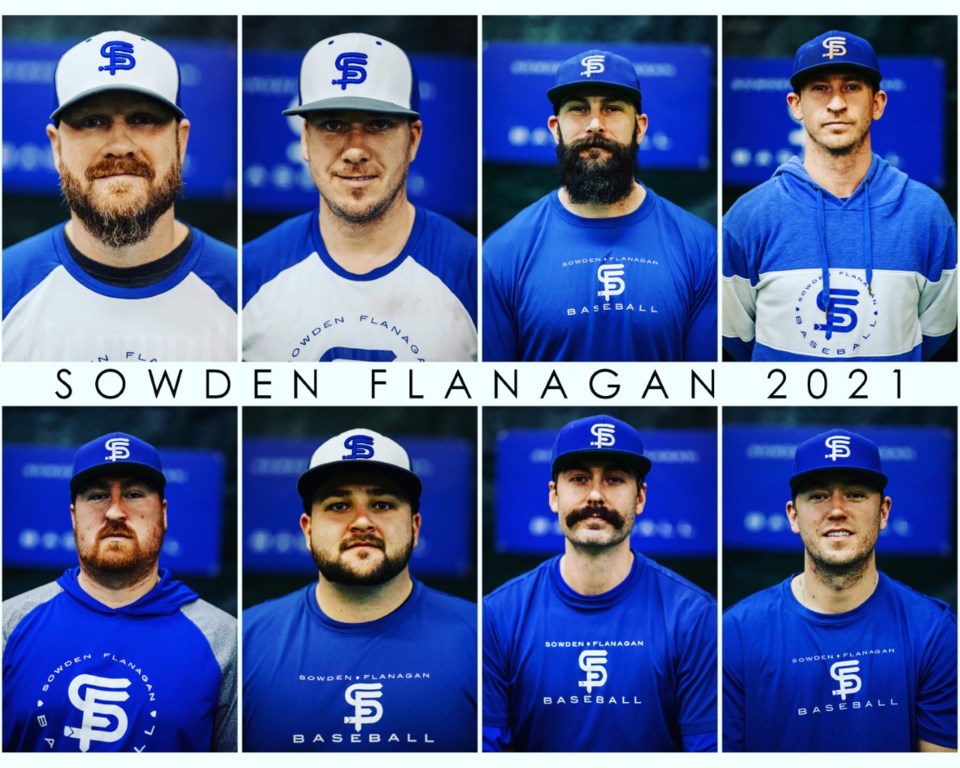 With the Hillcrest Sports Centre building getting the okay for continued usage after a recent assessment by the City of Moose Jaw, Sowden Flanagan Baseball has moved forward at lightning speed with their program offerings, beginning with the recent addition of two new coaches.

“We filled up (the programs) we normally do with Dustin and Jon through the week, and bringing Mike on board was huge, we got a really good response from the community with him coming on board,” said Sowden.

“We said from the start, we want to surround ourselves with great people who know the game, can teach the game, understand the game and can work with kids. We’ve brought Taylor in for different demonstrations with the police force, and Mike has been teaching for years and he has that experience of teaching in a classroom in phys. ed.  And they didn’t bat an eye, we asked them and they were all in, ‘when can we start’.”

That’s helped Sowden Flanagan offer an increased number of programs throughout the week and covering all ages of players.

“We’ve filled all our camps and all of our training sessions for the next five weeks after this,” Sowden said. “We’re making the best of a difficult situation, but at the very least right now we’re thankful we can stay open. Nothing crazy changed for us except the cleaning protocols and wearing masks, and overall things have been going really well for us.”

The indoor facility has even expanded outside of their normal fare -- Kyra Klassen from Strong Studio is running dryland strength and conditioning classes, players from Moose Jaw and District Minor Girls fastball are regulars, and even the South Sask Academy hockey program is making use of their facilities.

Sowden Flanagan has also created a high school flex program that sees a handful of students coming in for baseball and weight training two hours a day Monday through Thursdays, a program that could see expansion in the future.

“We tailor it to what they’re doing, and some of them are doing online course swhich help get a credit, or they’re taking it all online and are with us all year,” Sowden explained. “We have room for three or four people in the fall, and another three or four possibly for the rest of the school year… This is where high school athletics are going and it’s really interesting to see how it’s going to go in the future.”

The question now is just how much more can they grow? With over 100 players across the range of sports and activities noted above filtering through their relatively small facility, what’s next?

Fall baseball teams, that’s what. A crew of 18-and-under, 15U, 13U and 11U from the facility playing the other indoor baseball facilities in the province in a mini-season once the summer campaign comes to a close.

“We’ve talked with the (other facilities) and they’re all like ‘yeah, let’s put together some teams’,” Sowden said. “If we play this summer, I imagine it’s going to be pretty localized and probably only Regina, so adding some more weeks in the fall will be the next way to go.”

All in all, things couldn’t be going much better. And with a bright future in place, odds are it’ll only improve.

“When Craig and I started this, our MO right from the start was ‘who can we ask to be a part of this’ and we just started small and every few months we’d add someone new,” Sowden said. “It’s worked out and now that we’re looking to expand our offerings… It’s been so far, so good and we’re looking forward to seeing what things are going to be like in the future.”