Miller Express hoping to see plenty of improvements to fan experience next season
May 28, 2020 4:13 PM By: Randy Palmer 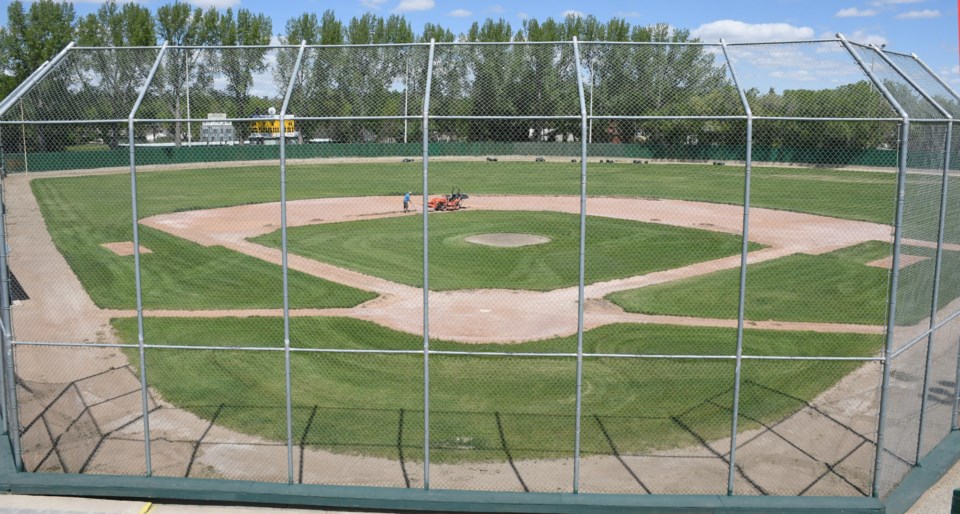 Ross Wells Park is expected to have a new and improved look to it for the 2021 Western Canadian Baseball League season.
As the world has dealt with COVID-19 over the last month and a half, there have been few silver linings, if any, when it comes to the worldwide pandemic.

But the Moose Jaw Miller Express are hoping they’ve found a tiny ray of positivity for the future.

What it comes down to is Ross Wells Park. One of the true baseball jewels of Saskatchewan, the facility has long been one of the most popular places to play in the province given the ambience and game-to-game experience – and that goes double for the when the Miller Express take over its friendly confines.

Unfortunately, it’s highly likely there will be absolutely no games played there this season, but that means there will be plenty of time to spruce things up for when the WCBL returns in 2021.

“The one good thing is a lot of guys are looking at their ballpark and saying ‘what improvements and enhancements can we make so we’re ready for the 2020-21 season,’” said Miller Express president Darryl Pisio. “So that’s the one positive out of this whole thing.”

There’s no question Ross Wells Park is old. Originally built in the 1920s, it’s naturally seen plenty of improvements over the years but shows its age in other areas. The stands have largely been rebuilt and replaced over the last decade, for example, and constant refurbishment has taken place.

Now, that work can begin in earnest.

“We have some plans in the works, we’ve kind of had them loosely the last couple of years,” Pisio said. “Now we have a chance to take a further step, there’s some stuff we can do in the beer garden area, on the mound and around home plate… it’s great ballpark, but it’s an old ballpark and it needs some work here and there.

“The thing is, we don’t have to work around anybody’s schedule, so in 2021 people will be able to come back to an improved beer garden area and things like that. We’re always trying to improve the fan experience and this gives us a chance to work on that.”

More good news is that even without a season this year, the Miller Express are still in decent shape financially – their one major expense in the lead up to the season was the purchase of shirts, shorts, hats and other team swag. Other than that, with everything on hold, there isn’t a whole lot to pay out.

“We’re fine,” Pisio said. “We’re on a break-even budget from year to year, and if we have a good year we can bank a little bit. The stuff we ordered, it can sit in a box for a full season and it’ll be available for next year.”

The regular season was originally scheduled to begin on Wednesday with a home game against Swift Current, with the 56-game campaign wrapping up on Aug. 6 against Regina.