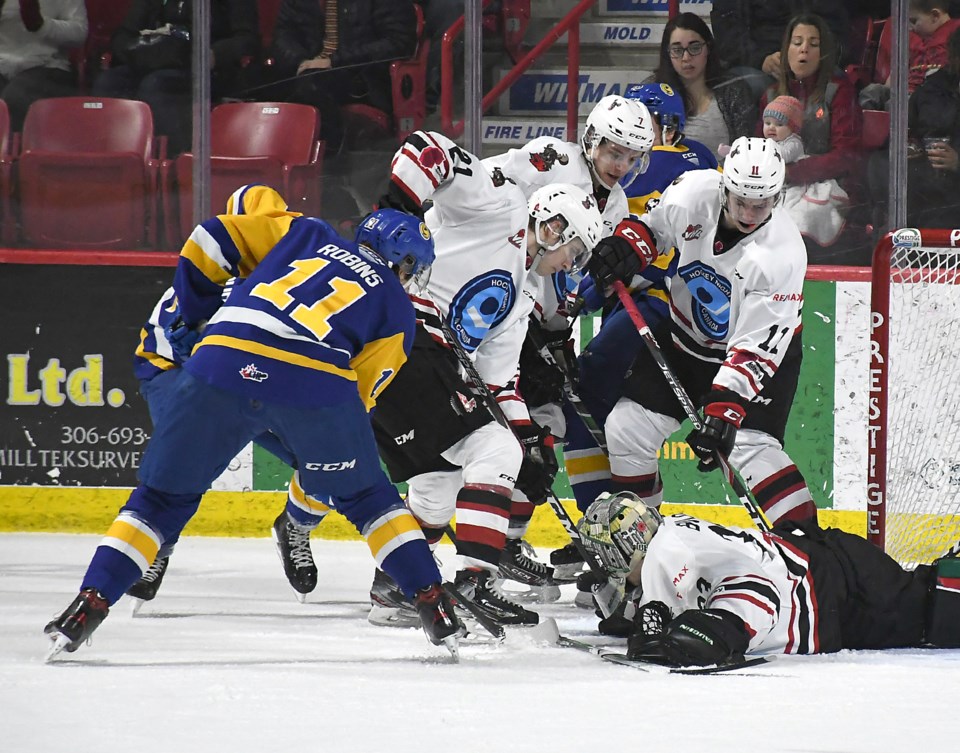 The Moose Jaw Warriors will be back on the ice this year. It’s now just a matter of when.
The Western Hockey League announced late Friday night that there will be a 2020-21 regular season -- with a read-between-the-lines of no matter what it takes and no matter how late the start.

On Saturday, a handful of additional details were revealed in a Twitter post by Sportsnet NHL analyst Jeff Marek, who described the plan as an “ambitious” one that “will take an incredible amount of work.”

In it’s announcement, the WHL said the board of governors had made a commitment to play a 24-game regular season, with all models and schedule formats being considered in order to make the games happen.

The start date for the season will be determined once final approval from provincial and state health authorities has been received, likely as cases of the ongoing pandemic are driven down by ongoing vaccination programs.

The league said it anticipated such approvals “will be received soon”.

“The Western Hockey League is committed to providing a season for WHL players,” said WHLcommissioner Ron Robison in the press release. “This commitment ensures WHL players will receive the opportunity to compete at the highest level in the system and continue to pursue their hockey goals in the world’s finest development league for junior hockey players.”

A late February start is being considered with games possibly played on weekends only. That means given a packed weekend schedule of Friday-Saturday-Sunday contests, a 24-game regular season could be wrapped up in a month and a half.

Marek also said some teams may have to share rinks, hub cities have been discussed and, in the most dramatic case, some U.S.-based teams may move to Canada for the season.

This, of course, is all up in the air until clearance is given by the states and provinces and further decisions are finalized.

The WHL had originally planned to return to play on Oct. 2, with that date pushed back to Dec. 4 and then further back to Jan. 8. The latter date was cancelled on Dec. 15, at which time the league said a meeting would take place in early January to consider start dates.

Which is now where things stand.