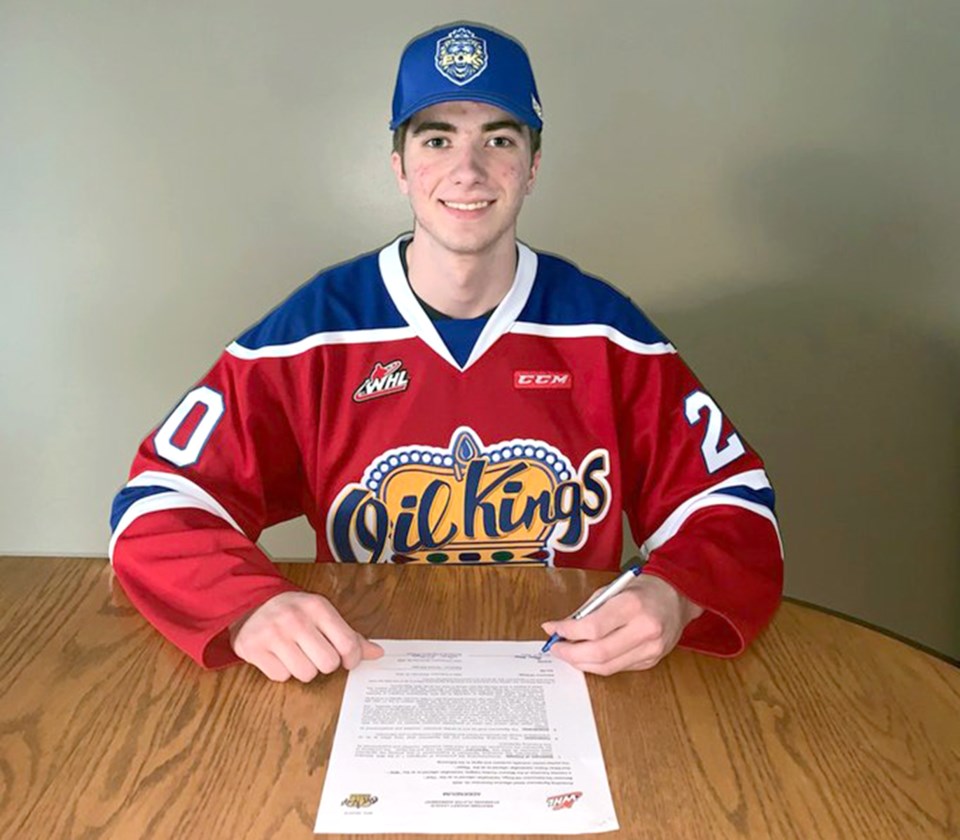 Peters, 17, signed a standard player agreement with the Western Hockey League franchise on Jan. 4  and will join the team for training camp when the WHL returns to play in the near future.

A standard player agreement includes a number of benefits, with one of the most important seeing WHL players entering their team’s scholarship fund, which offers a year of post-secondary education paid for by the team for every year they play in the league.
Peters, a 6-foot-2, 170-pound defenceman, is currently practicing with the Moose Jaw AAA Warriors as they remain in a holding pattern due to the pause on hockey league activities amid the ongoing pandemic.

In six games with the Warriors this season, Peters recorded five assists, and is coming off a 2019-20 campaign that saw him score six goals and 21 points in 27 games.

“We are excited to sign Ethan to a WHL SPA and welcome him to the Oil Kings Program,” said Oil Kings president of hockey operations and general manager Kirt Hill. “He brings a well-rounded game, which includes a high hockey IQ, good puck skills and a high compete level. We’re confident he will continue to work on developing his game and he’ll be an exceptional player and person for our program. We look forward to seeing Ethan when hockey resumes.”

That scholarship program will likely come in handy for Peters -- prior to joining the Warriors, he played two seasons for the Prairie Hockey Academy and was recognized by the Canadian Sport School Hockey League as the Elite 15 Scholastic Player of the Year in 2019 addition to being named to the All-Academic team that season.

On the ice with the Cougars, Peters put up three goals and 30 points in the 2017-18 campaign prior to PHA joining the CSSHL. During his Elite 15 campaign the following year, Peters racked up four goals and 18 points before tacking on two goals and five points in six playoff games.

Peters was an undrafted player eligible for the 2018 WHL Bantam Draft. The Oil Kings added him to their protected list in September 2018, following a strong summer and start to the 2018-19 season.