The Moose Jaw Miller Express might not have a Western Canadian Baseball League season to play – at least in real life – but that hasn’t kept the local crew from doing their part to get things in shape at their home field.

Volunteers from the team have spent many an hour at Ross Wells Park getting things in shape for minor baseball and senior men’s baseball now that Phase 4 of the Re-Open Saskatchewan Plan has taken full force and games are preparing to be played.

Saturday, that crew included the likes of Express president Darryl Pisio, general manager Cory Olafson as well as fellow gameday volunteers James Gallo and Pete Iatridis, all of whom were doing some heavy lifting as grass clippings and debris were hauled from the park.

Sadly, their work was simply altruistic -- the Miller Express season, along with the entirety of the WCBL campaign, was cancelled back in late May.

Ross Wells being open also gave a handful of visitors a chance to check things out – Blair Tweet was back home visiting family and made a visit to his old stomping grounds with his crew, including sons Dawson and Wyatt. 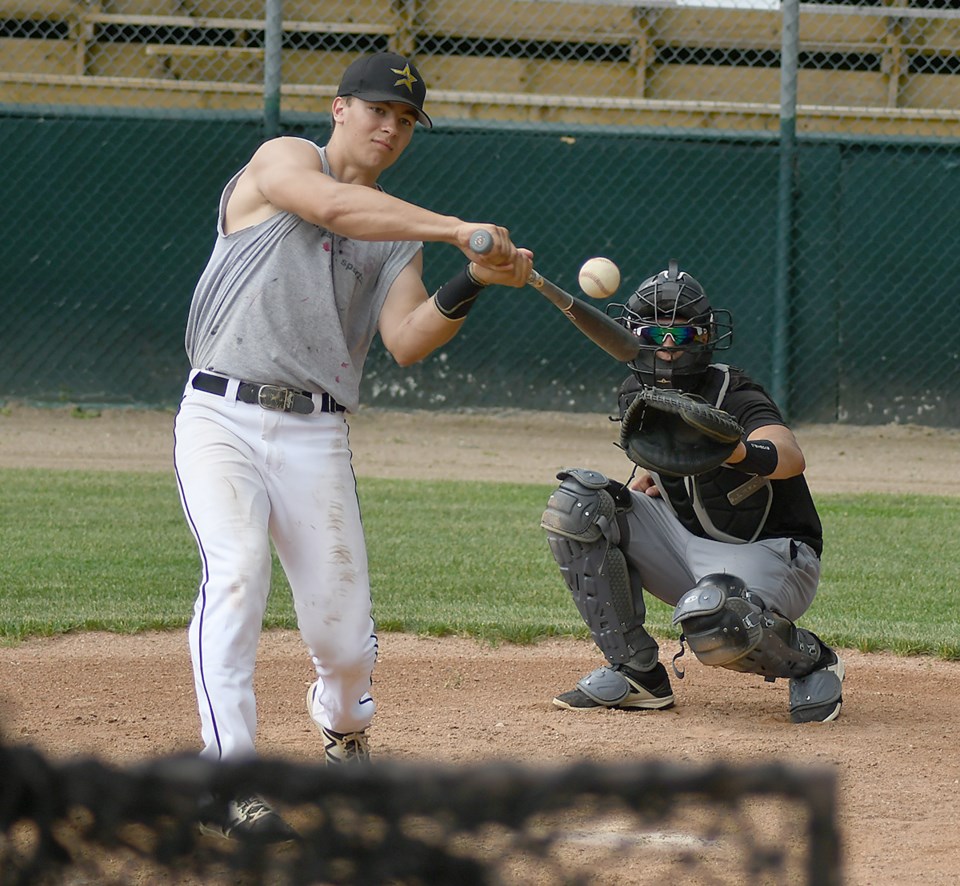 Dawson is a Miller Express prospect, having played for Team Manitoba in the 2018 Baseball Canada Cup, and launched a handful of pitches off the right field wall during an impromptu photo session.

Be sure to keep an eye on MooseJawToday.com for plenty of baseball, fastball, soccer and every other sport as things finally kick into gear after the Spring of COVID-19!