A look at some of the quotes and tidbits from past Warrior standouts taking the ice in NHL camps this past week
Jan 9, 2021 5:48 PM By: Randy Palmer 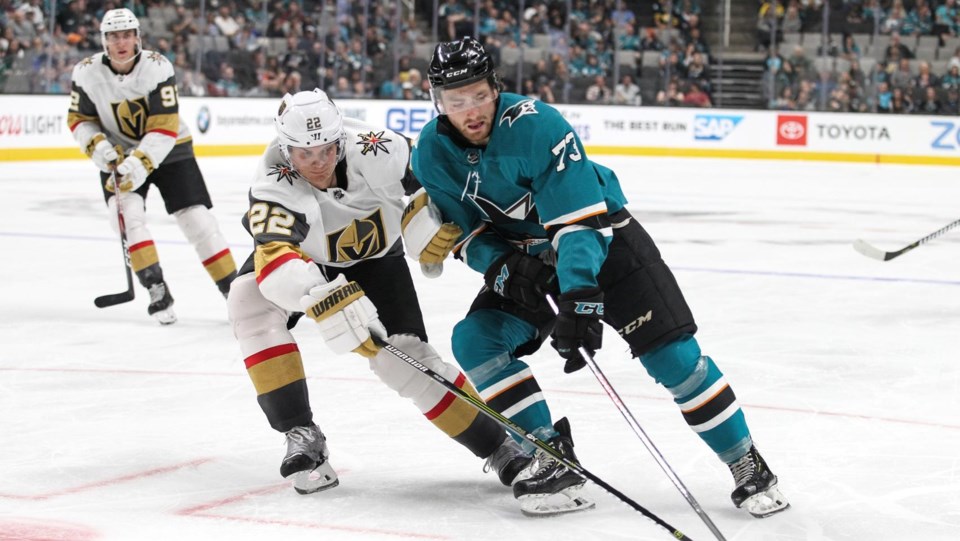 Now that same speed is drawing plenty of attention as he attempts to crack the Sharks’ opening day roster.

Gregor -- a Warrior from 2015-16 through the first half of 2017-18 before being traded to Victoria -- played on the third line with Ryan Donato and Matt Nieto in a scrimmage on Friday night and ended up drawing rave reviews from coach Bob Boughner.

“Donato and Nieto and Gregor, they look like they have some chemistry out there,” Boughner said on NHL.com Jan. 8 after referring to them as ‘the first line’ on the night. “The one thing that separates them is their speed… they seem to be working together on pucks and coming underneath with speed and then they get into the offensive zone and they’re tough to stop because they’re cutting back and protecting pucks and doing it all at top speed.

“That’s a big advantage for us if we can get the third line being able to play against any line out there, and especially being able to produce offence.”

Gregor split his rookie season in the NHL between the Sharks and AHL Barracuda and is optimistic about how things are going.

“I’m feeling pretty good, I’ve had a pretty solid camp so far and I’ve shown the coaching staff what I’m capable of doing,” he said. “I still have the Teal and White game left and a couple of practices so we’ll see how those go.”

As for Boughner’s compliments, Gregor took it all in stride.

“Yeah, definitely, we’ve been together for a couple of skates and the game today and we’ve played pretty solid,” he said. “I definitely can bring some speed and then both guys, Nieto and Donato, have the ability to make plays. It was pretty fun out there tonight.”

Six-year NHL veteran and Stanley Cup champion Joel Edmundson is settling in nicely as a member of the Montreal Canadians.

Paired with fellow veteran Jeff Petry, the duo have looked solid as Edmundson looks to carve out a leadership role with his new squad.

“It’s been great so far, right now I’m paired with Jeff and he’s a smooth skater and makes it look easy,” Edmundson said on Jan. 6. “We have a scrimmage tomorrow and we’ll see how it goes in a game… The chemistry is good and we’re just looking forward to getting the season going. We’re working hard in practice, having a good time in the dressing room and we can’t wait for the week to be over so we can play some games.”

Edmundson and Petry have remained the team’s second pairing heading into scrimmages on Sunday.

Entering his third season with the New York Rangers, Brett Howden has suddenly found himself playing on the team’s top line alongside Chris Kreider and Pavel Buchnevich while Mika Zibanejad continues to recover from injury.

Howden had a goal and an assist on the top line in the team’s first scrimmage on Jan. 8.

Vancouver Canucks defenceman Travis Hamonic will come out of his quarantine on Sunday and is expected to pretty much immediately hit the ice as preparation for the next week’s season opener hits high gear.

Hamonic signed a PTO with the Canucks on Jan. 3, but is expected to be all but a lock to land a one-year contract when things are all said and done.

Coach Travis Green is taking a cautious approach to things until he gets a chance to see his 30-year-old 11-year-veteran first hand.

“Wait and see,” Green said on Jan. 8. “We just have to wait and see how he looks and feels and where he’s at. I don’t want to make a decision (where he’ll play) until we see him and talk to him and see how he feels.”

Toronto Maple Leafs assistant captain Morgan Rielly is as excited as everyone else to get back on the ice and playing some actual games.

In his eighth season and one of the top defenceman in the NHL, being away from hockey without games has been a challenge, but one that is almost over.

“It’s been a long time off without playing and each day that goes by we get a little bit closer so it’s been a lot of fun and we’re going to continue to work hard here at camp and have a lot of fun,” Rielly said on Jan. 7. “It’s under a week away and we’re really excited.

Preparation has been smooth in Leafs camp in his eyes and a fast start to the campaign will be key.

“I think teams are going to be hungry to play after a long break and teams understand the importance of a good start,” Rielly said. “Here, players are taking camp very seriously, we’re trying to learn the systems so when that puck is dropped Wednesday we’re prepared.”