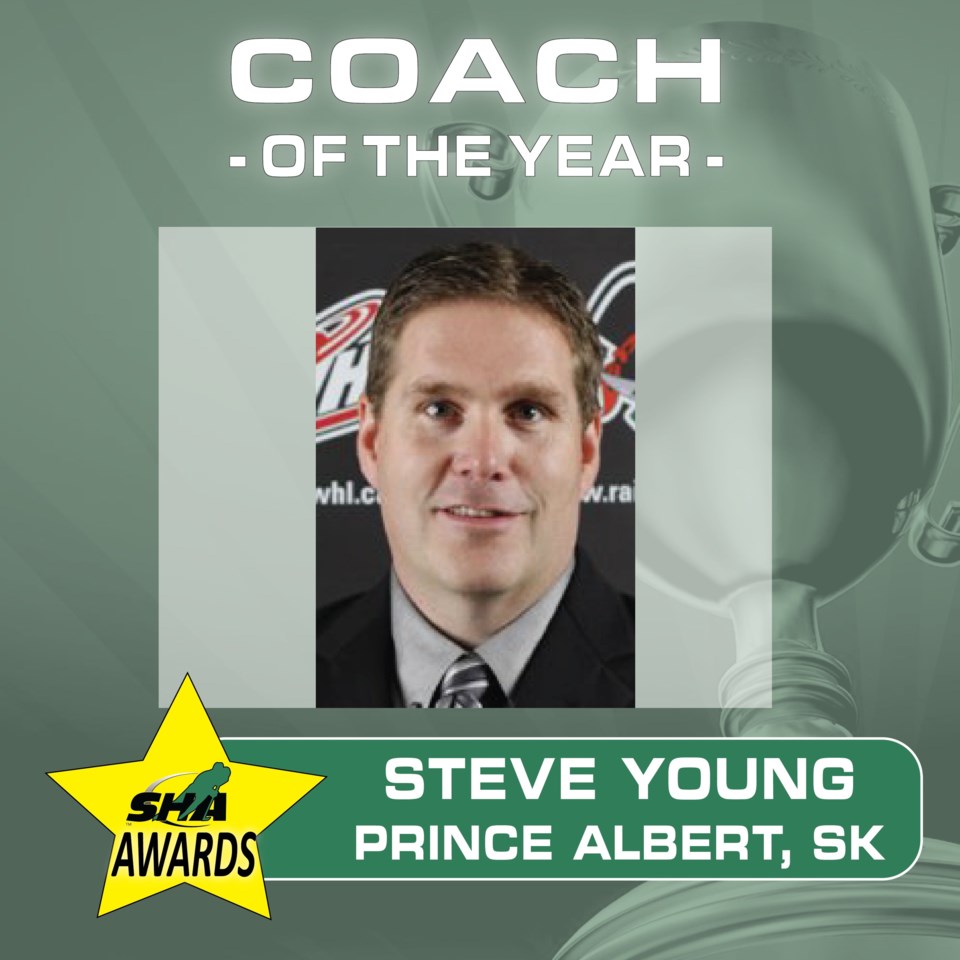 The Saskatchewan Hockey Association announced Thursday that Young had been named the province’s Outstanding Coach for the 2019-20 season.

Young, who hails from Prince Albert, served as the head coach of the P.A. Lehner Electric Female Bantam AA Silver Foxes and led his crew to one of the best records in the Sask Female Bantam AA League this past season.

The Foxes put together a 14-5-5 record in the regular season to finish in third place, two points back of league-leading Swift Current and Regina, but really hit their stride in the playoffs.

After getting past Warman in the first round, Prince Albert pulled off a surprise sweep against the Regina Rebels in the league semifinal to set up a showdown with the top-ranked Swift Current Wildcats for the provincial title.

Unfortunately, it was then that COVID-19 shut down hockey throughout the province, bringing an end to the season.

According to the SHA announcement, Young’s transition to the role of head coach was described as "a professionalism and dedication that is unprecedented.” Parents remarked that their daughters “leave the rink every day feeling good about themselves thanks to Coach Steve.”

Making things all the more impressive was the make-up of the team – 16 players from eight different communities, who had played on nine different teams last season – and how they were able to gel in a single season under Young.

“Steve Young’s dedication to the development of each of his athletes and the ability to make each individual feel valued is the exact reason for the creation of the Outstanding Coach Award,” the SHA said.