The annual conference from Food & Farm Care Saskatchewan took place virtually this year, with theme being “Cultivating Trust”
Nov 26, 2020 11:00 AM By: Larissa Kurz 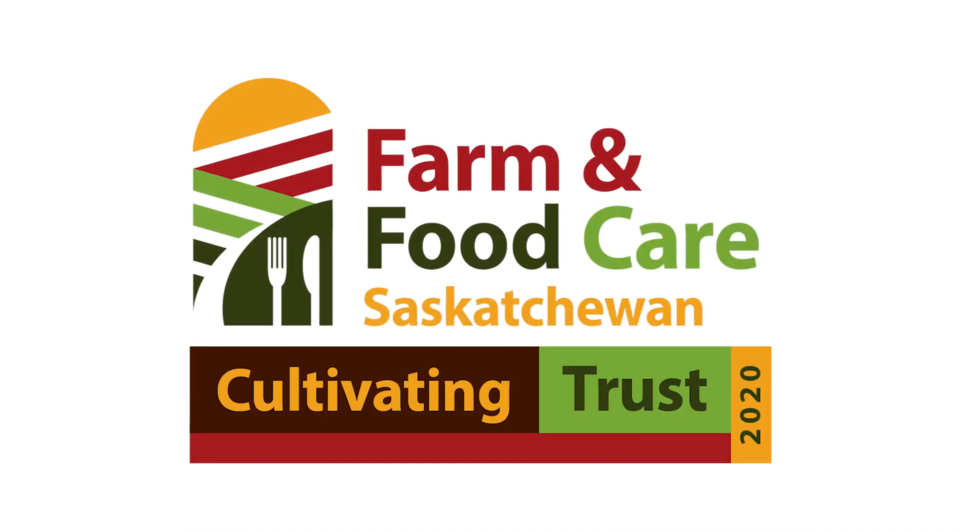 The theme of the annual conference from Food & Farm Care Saskatchewan this year was “Cultivating Trust.” (screenshot)

The sixth annual Farm & Food Care (FFC) industry conference took to a virtual platform this year, with an estimated 400 attendees tuning in for a series of informational sessions offered by agriculture experts.

The theme of this year’s gatherings was Cultivating Trust, and the FFC invited two guest speakers to talk about topics that are affecting the food production industry this year: the spread of misinformation and conspiracy theories, and the rising question about how methane gas from the livestock industry might be affecting climate change.

FFC also shared a year in review from their own operations and announced the winner of this year’s Farm & Food Care Champion Award, with FFC executive director Clinton Monchuk ending the afternoon by sharing that this year's conference was one of the most well-attended iterations yet.

Debunking misinformation about COVID-19 and other myths

Timothy Caulfield, a University of Alberta professor of health law and science policy and expert on debunking social media myths, offered his expertise on how people can navigate the wildfire spread of misinformation that many have termed an “infodemic.”

“There’s conspiracies and misinformation everywhere,” said Caulfield. “And it makes it hard for people to know how to live a healthy life.”

Caulfield is the author of several books about debunking science myths and conspiracy theories, which he said are largely being shared through social media and are often popularized by celebrities.

He mentioned several well-known topics of concern, including the rising fear of chemicals, the push to eat “natural” or try unproven health hacks, conspiracy theories about COVID-19 and the ongoing debate about genetically modified organisms (GMOs) in terms of food production.

He shared studies that showed people who get their news primarily through Twitter or Facebook are more likely to be misinformed, and that individuals who have a higher trust in scientists and practice active critical thinking skills are less susceptible to misinformation.

Caulfield offered some advice to those looking to determine whether what they’re seeing could be misinformation, and it centred on critical thinking.

Untrue theories often have questionable sources or holes in logic, said Caulfield. Some focus largely on anecdotal evidence rather than scientific proof, and use buzz words to stir up emotion or aggression.

He recommended individuals take the time to look into theories and claims they see before sharing on social media, and seek out confirmation from accredited sources.

He also encouraged people to take the time to debunk untrue information when they see it, to help others spread the correct information as well. His advice was to share some credible sources, point out gaps in logic, and to do so in an authentic and credible tone.

“The reason there is misinformation out there is because people are spreading it,” said Caulfield. “So if we can just nudge people to pause, to reflect for a moment, they’re less likely to spread misinformation.”

Dr. Frank Mitloehner, a professor and air quality specialist in the Department of Animal Science at the University of California, was the second presenter at the conference, and he took to the screen to discuss greenhouse gas emissions in North America and how they affect climate change.

Mitloehner began by debunking the idea that the food production industry is a large contributor to the methane gas emissions in Canada in the U.S.

He shared that agriculture-related emissions total about nine per cent in the U.S., while emissions from transportation and electricity generation total about 28 per cent each.

“Anything that contributes to the emissions of carbon dioxide or methane or nitrous oxide is under the gun right now,” said Mitloehner. “Fossil fuels are really the main culprit by far, as any serious climate scientist in the world would attest to, but people who are anti-livestock will tell you it's particularly methane produced from livestock.”

Methane gas has the shortest life-span of the three greenhouse gasses, said Mitloehner, which is why reducing emissions is so often a focus.

The focus on the livestock industry as a contributor has been exaggerated, said Mitloehner, but that’s not to say livestock producers are not responsible for some methane emissions.

Reducing methane emissions on a global scale is certainly required from all emission sources, said Mitloehner, as a decrease in greenhouse gas emissions has shown a “strong decrease in warming” in the atmosphere.

Mitloehner said he has seen a lot of dedication from the livestock industry to do their part. In reducing emissions, and shared one way that producers can continue to do so.

Moving to a more energy dense feed for animals can decrease methane emissions per animal by increasing animal density — and reducing the number of animals needed for one kilogram of meat product — while also improving fertility, health and genetics.

Farmers who also replace diesel with natural gas as an energy source for their vehicles can reduce emissions even further, as evidenced by producers in California who have seen a 25 per cent reduction in methane emissions through their state efforts.

Decreasing greenhouse gas emissions will decrease the rate of warming, said Mitloehner, which will be beneficial in the long run in managing the effects of climate change.

“Because we are reducing methane from our atmosphere to increase cooling on the methane side, we can counteract the warming caused by nitrous oxide and CO2,” said Mitloehner. “Overall, that can lead to a situation where we are moving toward climate neutrality.”