Experts have some questions about the impacts of the provincial government's proposed irrigation project at Lake Diefenbaker
Apr 6, 2021 11:00 AM By: Larissa Kurz 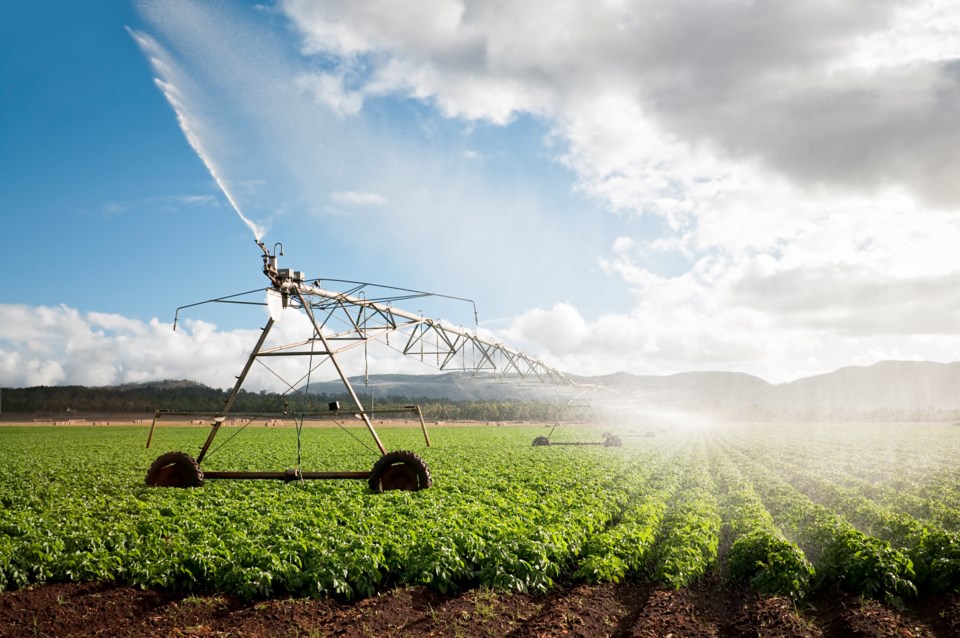 During the recent annual member conference held by the National Farmers Union (NFU) on March 31, keynote speaker and consulting engineer Robert Halliday outlined some of the key concerns surrounding the provincial government’s new irrigation project in southern Saskatchewan — including a number of questions regarding ecological impacts.

The South Saskatchewan Irrigation Project was announced by the provincial government in July 2020, outlining a three-phase $4 billion investment to provide up to 500,000 acres of land with irrigation access sourced from Lake Diefenbaker. The project is currently in the pre-stages, with engineering scoping underway.

Halliday, the former director of the National Hydrology Research Centre in Canada, spoke with NFU members about the potential benefits and impacts the irrigation project could have for farmers in the affected region.

“One of the things that’s been pointed out is that this is the largest single project investment in the history of Saskatchewan, [and] for people like me, there are some concerns,” said Halliday, who said the key question for many is where the province's funding for the project is being sourced.

The benefits from refurbishing and extending the irrigation canal system are multiple, said Halliday, and include opportunities to diversify crops and profitability, boost value-added processing, and aid in drought-proofing for a larger portion of farmers.

The province also states that the project will provide areas with more reliable, permanent water sources for the next century, which will aid in industrial expansion as well as agriculture.

However, as Halliday explained, experts have yet to see research proving these benefits. There is not sufficient evidence that irrigation provides additional value to dryland crops commonly grown by Saskatchewan producers, said Halliday, and the proposed irrigation reach will offer useable water to farmers during drought season for six years out of ten.

Halliday’s presentation estimated that there are about 40,000 dryland farmers operating in the province, meaning that the irrigation project would affect about two per cent of total producers in Saskatchewan.

There are also concerns being raised about the environmental impacts of the project, especially on Lake Diefenbaker as a major water source in the province.

Once completed, the irrigation project is estimated to move 600,000 cubic decametres of water out of Lake Diefenbaker to irrigate the proposed acres of land. Saskatchewan typically receives about 5.5 million cubic decametres in mountain runoff from Alberta each year, retaining half of that total volume and moving the rest downstream into Manitoba.

In a dry year, input volume is much lower, said Halliday, with the lowest inflow recorded to be 850,000 cubic decametres of water remaining in Saskatchewan.

“The [outflow] numbers are large and in a normal year, yes, there is water available to irrigate, but in a dry year, there really isn’t,” said Halliday. “This is a very large amount of water [and] so we have to be really diligent in assessing water use and making sure we do this carefully.”

The decrease in available water volume could affect hydroelectricity production that uses the lake as a water source, as well as cause negative effects to the natural water flow between Saskatchewan and Manitoba. Flow changes could potentially disrupt ecosystems by changing nutrient availability, altering fish spawning patterns, and decreasing water quality as less flow leads to greater pollution levels.

With a large price tag and a small portion of producers affected, Halliday said some are calling for the province to produce a cost analysis and environmental assessment before beginning construction on the project.

Developing a widespread irrigation system feeding from Lake Diefenbaker has been on the province’s radar since as early as the 1960s, but Halliday said there are questions whether there is as much interest in utilizing irrigation from producers now as there was decades ago.

The NFU has asked whether the province has consulted with producers and Indigenous communities regarding the project, and whether the increased number of large-scale producers will be interested in utilizing irrigation in their operations as it can be both space- and time-consuming for dryland farming.

The Moose Jaw-Regina corridor is included in the final phase of the irrigation project, called the Qu’Appelle South Irrigation Project, which will add 120,000 acres of irrigable land near Tugaske, Eyebrow, Marquis and Buffalo Pound Lake.