An American study from 1960 to 1970 found direct instruction using traditional teaching methods was better than constructivist methods since students did worse under the latter approach
Jan 13, 2020 10:00 AM By: Jason G. Antonio 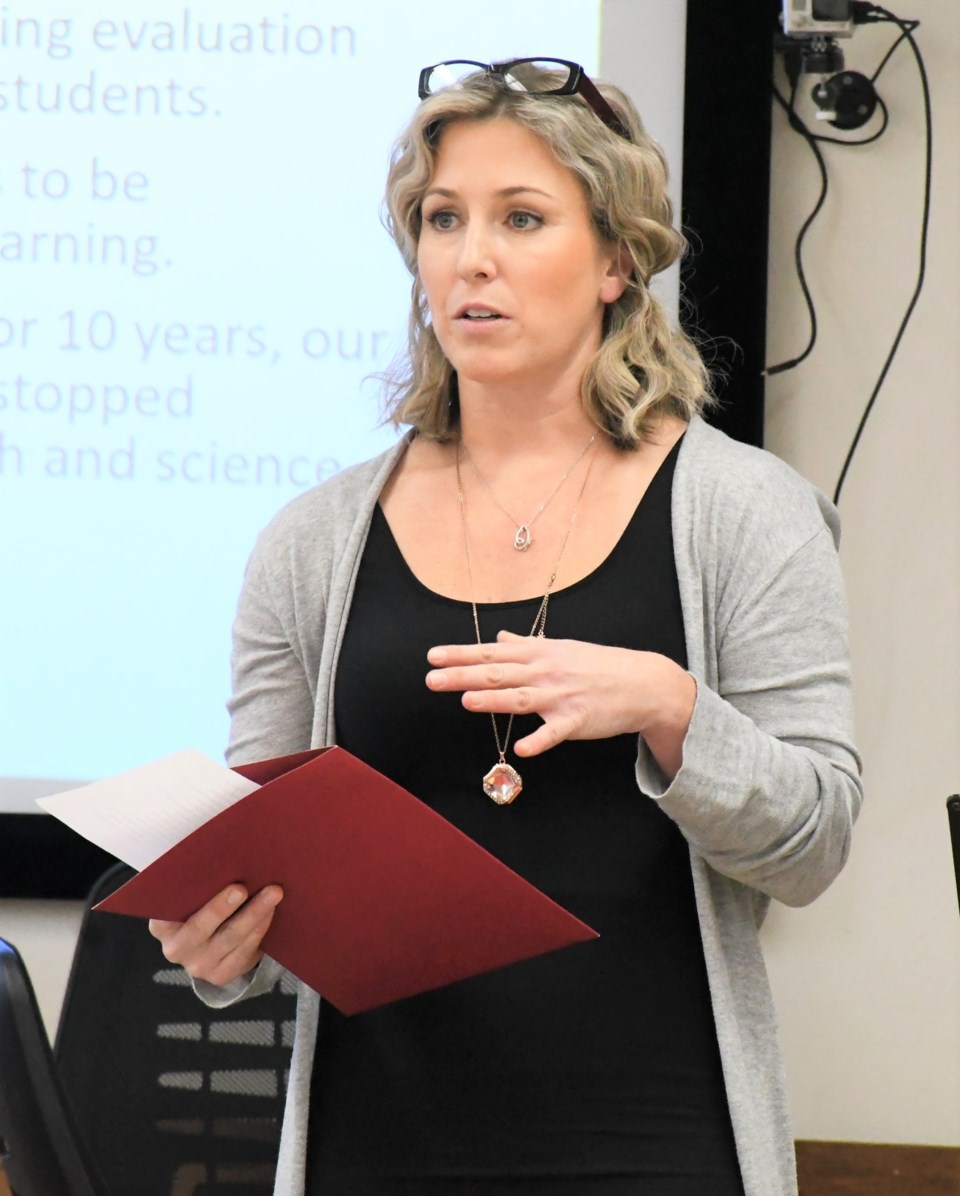 Outcome-based education and reporting might be the brainchild of an American, but an educational research study from the United States has shown this method of grading has its flaws.

The issue of outcome-based education (OBE) is a concern for at least three local mothers, especially since this type of grading system is used in schools throughout Prairie South School Division. The women expressed their concerns to trustees during the most recent board of education meeting and provided information and research they had discovered.

MooseJawToday.com has more information on the presentation.

Outcome-based education is the brainchild of American educator William Spady, who began spreading OBE globally in the 1980s, explained group presenter Jan Nelson. Spady based his philosophy on four principles that he believed, if applied consistently and simultaneously, would ensure that all students were equipped with the knowledge of their various life roles.

The first and second principles are clarity and designing down, which means teachers are curriculum designers, often searching for more resources than what is provided. This also adds extra hours of work and preparation, especially to meet all the learning levels in high volume classrooms.

The third principle is high expectations, which is about increasing the level of challenge to which students are exposed and raising the standard of acceptable performance.

Teachers are expected to customize the learning styles and needs of each student. However, according to Nelson, in practice due to a lack of time and resources, this principle is often unrealistic in achieving. Also, students who struggle to meet the outcome are often moved along to the next grade or outcome before completion.

Expanded opportunity is the fourth principle, which focuses on giving students a largely extended timeframe to achieve the outcome.

“The OBE philosophy separates behaviours from academic evaluations. Some schools in our division interpret that to be no consequences for late or missing assignments,” said Nelson.

Work can be handed in at any point before the end of the term. This leads to teachers bogged down at report card time when late assignments are handed in, along with current assignments and revised work. This creates a stressful environment and an unhappy teacher, she continued. Schools run on a time schedule with subjects and grades. The whole classroom falls behind when there is a loss of accountability and students take advantage of the expanded opportunities.

According to a document from the Frontier Centre for Public Policy that was presented, outcome-based education — which is the foundation for the Saskatchewan curriculum — relies on a constructivist approach, which emphasizes student self-discovery with few expectations. Teachers are also encouraged to use this method in their classrooms.

Conversely, direct instruction is the traditional teacher-directed method where educators identify learning goals, make them clear to students, show students what they need to do, check for their understanding and provide time for students to have independent practice.

While Spady’s OBE philosophy began to be promoted in the 1980s, the United States government funded one of the largest educational research studies ever conducted on teaching methods in the 1960s, call Project Follow Through, said Nelson. This study — which involved more than 72,000 students in more than 180 schools over a 10-year period — was an educational experiment aimed at finding the best and most effective methods to educate disadvantaged students.

Direct method was one stream of five teaching styles that researchers analyzed in this experiment. The other four styles were all methods that would fit under the umbrella of constructivism.

“The research shows,” she added, “(that constructivism) does not provide the foundation of needed knowledge.”