Because her run at the Viterra Scotties women’s provincial curling championship is taking on an eerily similar look to the kind of streak she put together in 2017 when she won the whole thing.

Barker, third Deanna Doig, second Christie Gamble and lead Danielle Sicinski advanced to the Page playoff round with a 9-2 win over Rae Williamson in the ‘C’ final Monday afternoon in Melville.

While the tournament format is different – the 2017 Scotties was a round robin, and Barker had to win a tiebreaker to reach the playoffs – it’ll take the same kind of run through three must-win games Monday night, Tuesday morning and Tuesday afternoon to land a spot at the 2020 Scotties Tournament of Hearts Feb. 14-23 in Moose Jaw.

Against Regina’s Williamson, Barker wasted little time getting things going. She scored three in the first end, stole two in the second end, another in the third and just like that found herself with a 6-0 edge.

Williamson would pick up single points the next two ends to go into the break down 6-2, but a Barker three-spot in the sixth brought the game to an early end. 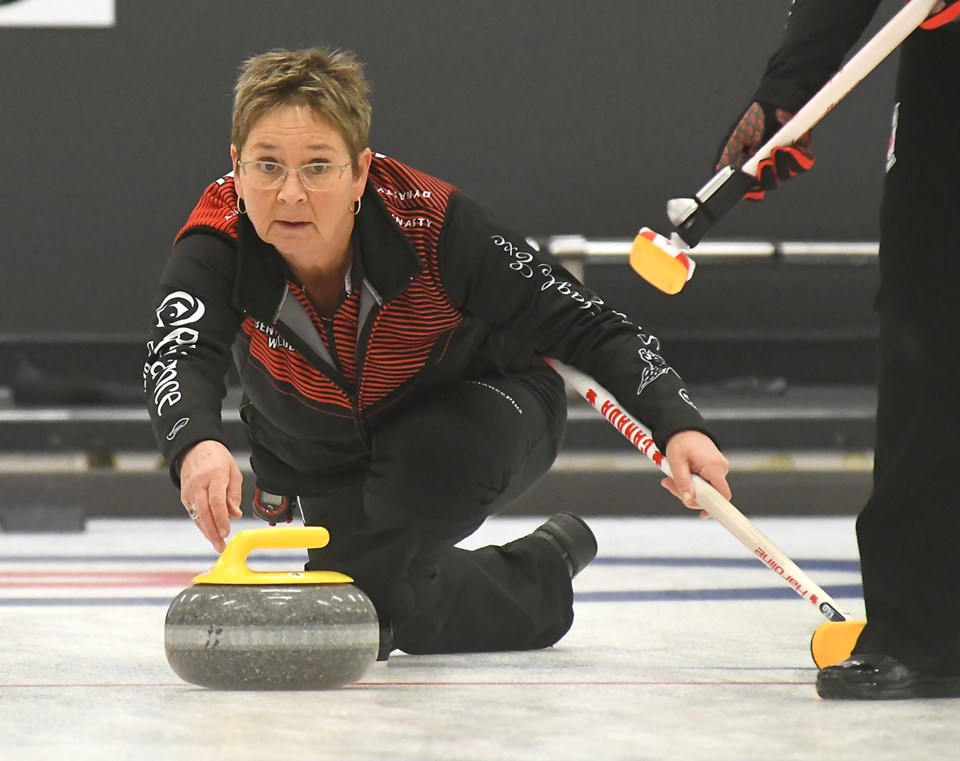 Barker will now take on Saskatoon’s Sherry Anderson in the Page playoff 3-4 game after Anderson took a 6-5 win over Regina’s Mandy Selzer in the other ‘C’ final.

The Page 1-2 game will feature defending champion Robyn Silvernagle from North Battleford and Saskatoon’s Ashley Howard, with the winner there advancing directly to the final and the loser dropping down to face the winner of Barker and Anderson in the semifinal at 9:30 a.m. Tuesday. A win there, and it’s off to the gold medal game at 2:30 p.m.

All draws are streamed live on CurlSask.ca.