With $1.2 billion worth of canola sitting in farmers' bins, the Saskatchewan government wants a trade dispute with China resolved before the next federal election.
0
Apr 1, 2019 8:01 PM By: Jason G. Antonio 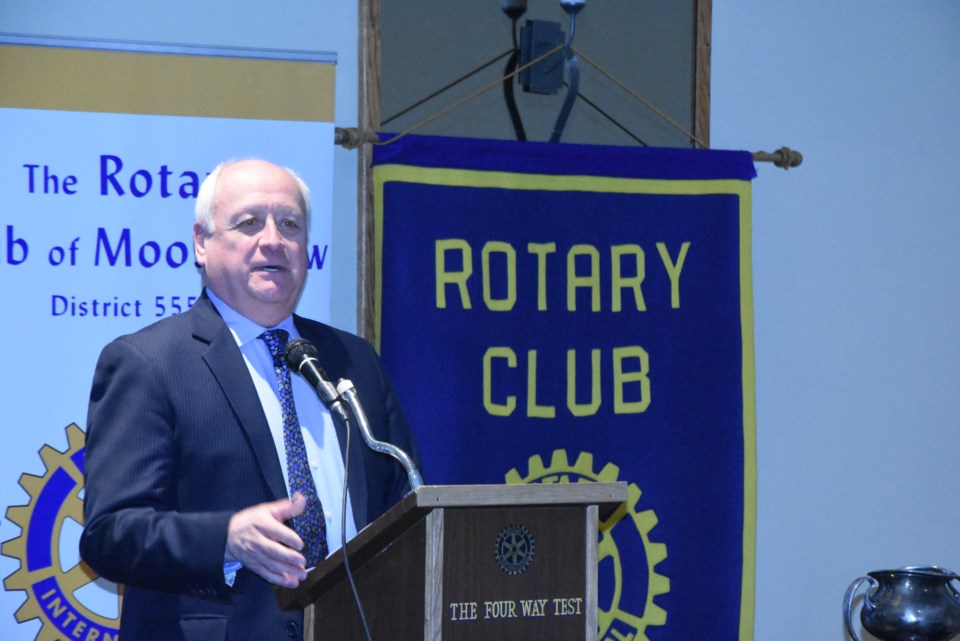 Saskatchewan has the food to feed the world, so it’s important to maintain positive trading relationships with other countries, says the province’s agriculture minister.

MLA David Marit was the guest speaker at a luncheon the Rotary Club of Moose Jaw held at the Heritage Inn on April 1. About 30 Rotary members and guests were in attendance to hear Marit discuss the importance of agriculture in Saskatchewan and some of the challenges facing the industry.

A major issue that arose recently is China’s decision to ban all canola imports produced in Canada. The People’s Republic claimed that it found hazardous organisms in recent shipments from major canola exporters Richardson International and Viterra. It also banned any imports of flax meal.

Canada exports $2 billion in canola to China every year, Marit said. The provincial government estimates there is $1.2 billion worth of canola sitting in the bins of Saskatchewan farmers from the 2018 harvest.

Marit was in Saskatoon on March 29 to discuss this issue with two federal ministers. The provincial government submitted a proposal to the federal ministers that would allow canola producers to take out an interest-free cash advance of $1 million. The province also asked that the deadline for cash advances on the 2018 crop be extended to April 30 from March 29.

Both federal ministers said they would take back that proposal to Ottawa to determine if it could be approved.

This is an issue that goes beyond agriculture, Marit said. Canada is also having trade issues with India over pulse exports and with Italy over durum exports. The Saskatchewan government is concerned about where these issues are going, so it wants to work with farmers to help mitigate any future risks or challenges.

Even though China is banning Canadian canola, it still needs to import a similar amount. Marit believes the country could look to Australia or countries in the European Union to fill that gap. However, the problem for Saskatchewan is it provides 40 per cent of China’s canola imports.

“It’s not a small market for us,” he said. “It’s billions of dollars … It’s huge for the province of Saskatchewan. If you take those kind of tonnages and you drop it by a $1 a bushel, it’s a lot of money out of farmer’s pockets.”

The main concern now is resolving this issue before the federal election, Marit added. Time is short; the Liberal government could call an election in August. Such an election could run from 30 to 90 days.

Once the writ is dropped, that cuts off all discussion between Canadian and Chinese officials. Therefore, the Saskatchewan government wants this issue resolved before Canadians go to the polls.