For the Tribe, that came Saturday against the Beardy’s Blackhawks.

The Warriors scored four times before the game was 10 minutes old and led 6-0 through 20 minutes while firing 26 shots at Beardy’s goaltender Kris Johnson. It was all but academic from there, as Moose Jaw would go on to an 8-1 victory at Mosaic Place.

“Those games are always tough, we came out really hard and our focus was to make sure we played tough and did a good job right off the bat,” said Warriors head coach Trevor Weisgerber. “The first 20 we kind of took it too them and after that you just talk about habits and you want to make sure we’re doing things properly and go from there.”

Austin Reschny and Matt Perkins each had two goals in the first period, while Connor McGrath and Lucius Schmidt had their other opening frame markers.

McGrath picked up his second of the game with three minutes gone in the second before Cole Duppereault snapped Chase Coward’s shut-out quest 4:06 into the third. Caelan Fitzpatrick would get that one back with 6:24 remaining to close out scoring. 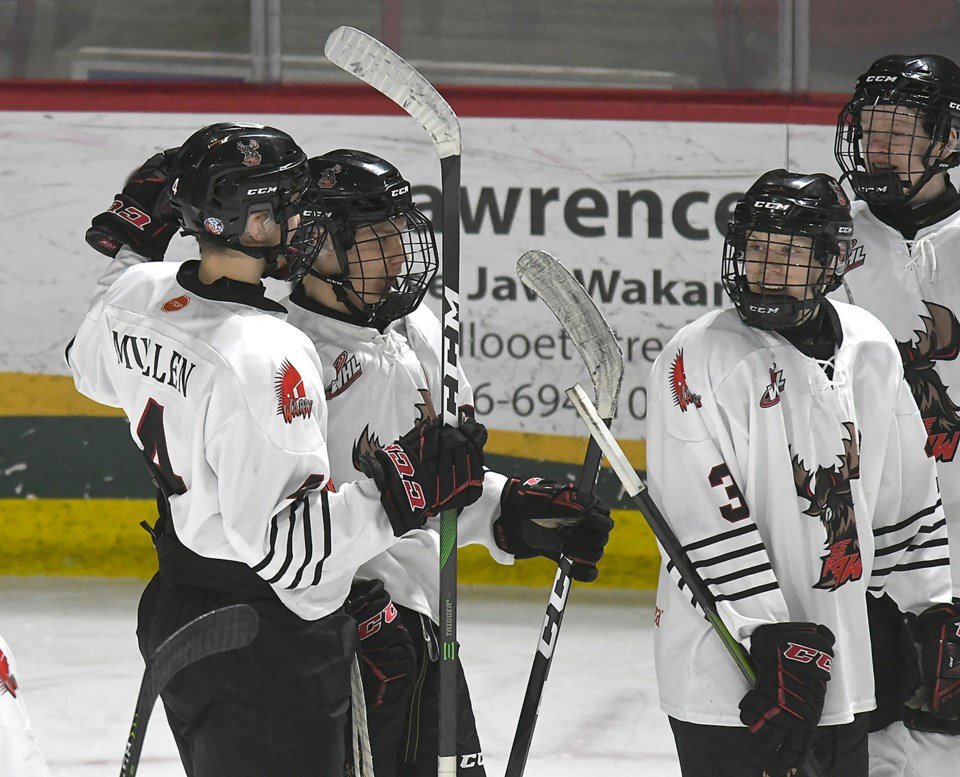 Coward finished the contest with 30 saves, while the Warriors fired no less than 60 shots at Johnson.

The Warriors improved to 24-8-1-0 and continue to hold a four-point lead atop the SMAAAHL standings ahead of the second place Saskatoon Contacts and Regina Pats.

The Warriors are back in action Thursday when they travel to Notre Dame to take on the Hounds. Next home action is Saturday, Jan. 18 when they take on the Yorkton Maulers. Game time is 1:30 p.m. at Mosaic Place.