Runoff aided by above normal temperatures and precipitation levels in March
0
Apr 6, 2020 10:00 AM By: MooseJawToday.Com Staff 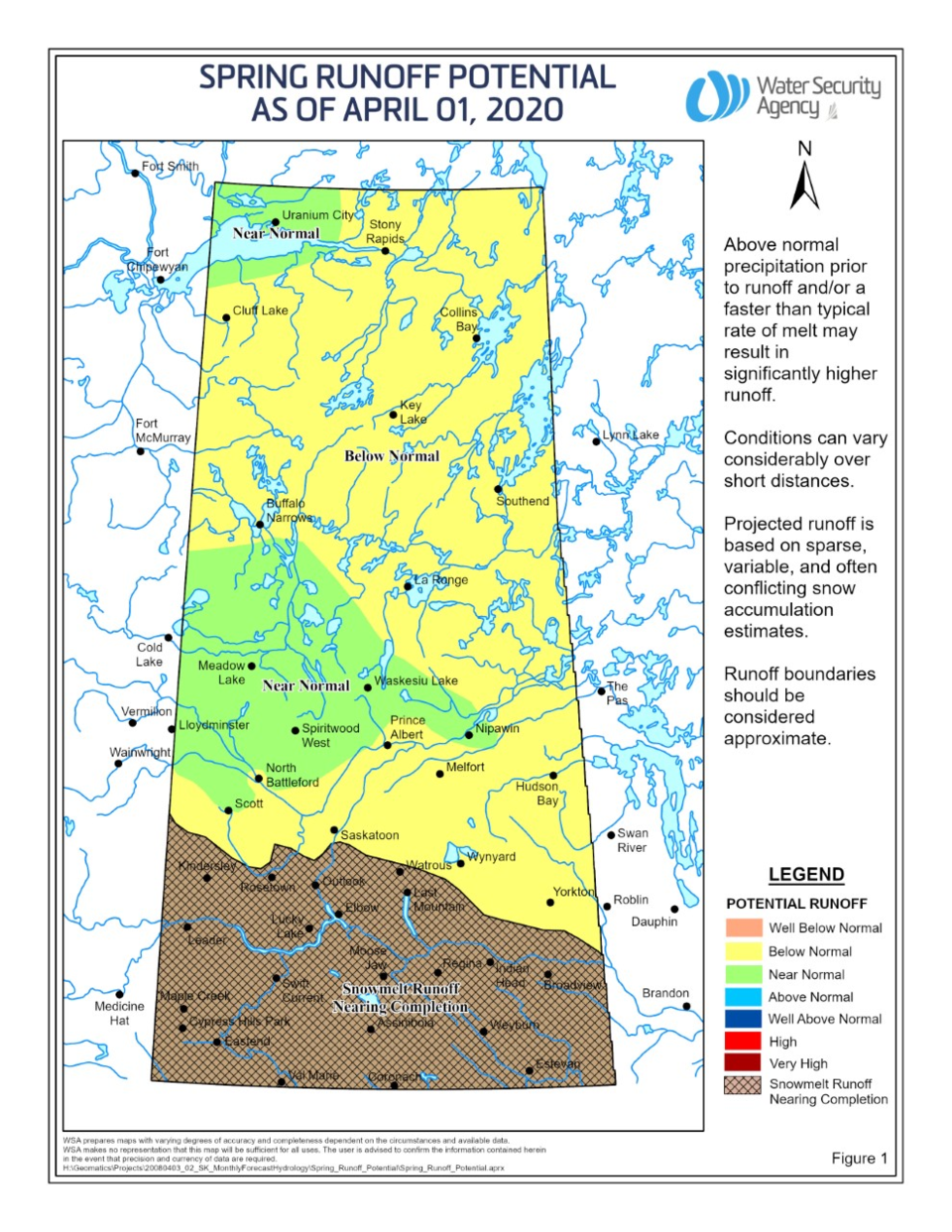 It looks like good news for one area of the province, according to the Water Security Agency (WSA).

Spring runoff is already underway and nearing completion in southern parts of Saskatchewan, which includes Moose Jaw and area.

Above normal flows or flooding is not expected in any area of the province, although additional precipitation or a rapid melt could result in a higher runoff.

Spring runoff in the southern part of the province was aided by above seasonal temperatures during the month of March. Central areas of Saskatchewan also enjoyed near normal to above normal precipitation last month.

As a result, this has increased the runoff potential in these areas, increasing it from below normal to near normal. An area from west central Saskatchewan covering Meadow Lake, Lloydminster and Spiritwood is classified to have a normal runoff. The same is true for the northwestern area of the province surrounding Uranium City.

The remainder of the province is expected to have a below normal runoff.

The full report is available online.