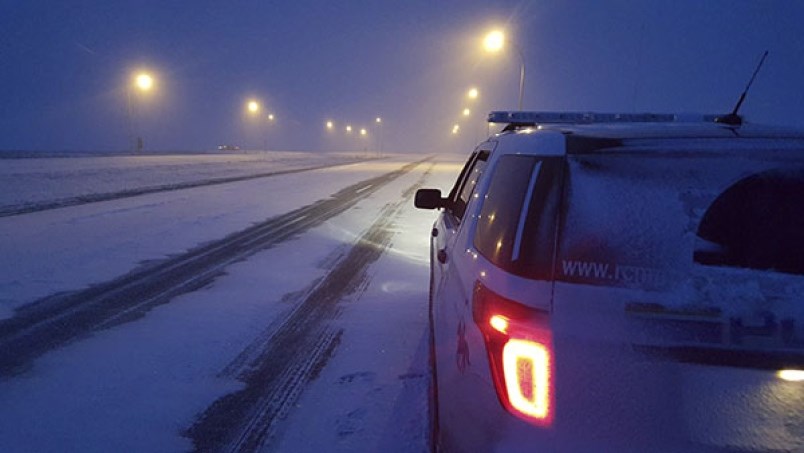 An RCMP cruiser on the highway at night. (Handout/RCMP)

With financial assistance from the province, the RCMP has started a program to get information on criminal activity out to southern Saskatchewan rural residents faster.

“When an RCMP detachment becomes aware of an incident or crime, they can issue an advisory via the system and local residents who have signed up for the program will become aware of what happened,” Saskatchewan RCMP Commanding Officer Assistant Commissioner Mark Fisher said.

“Equipped with this information, citizens will be in a better position to provide tips and information to their local RCMP.”

The program, using the Saskatchewan Crime Watch Advisory Network, and funded by $50,000 from the province will be evaluated later with possible extension to other regions of the province.

“This mass notification system adds to the basket of tools and peace of mind for our members,” said Saskatchewan Association of Rural Municipalities President Ray Orb.

Residents can sign up by going online to https://sarm.ca or https://suma.org.

Increased rural crime has been an issue since oil prices declined in 2014 but declined three per cent last year.