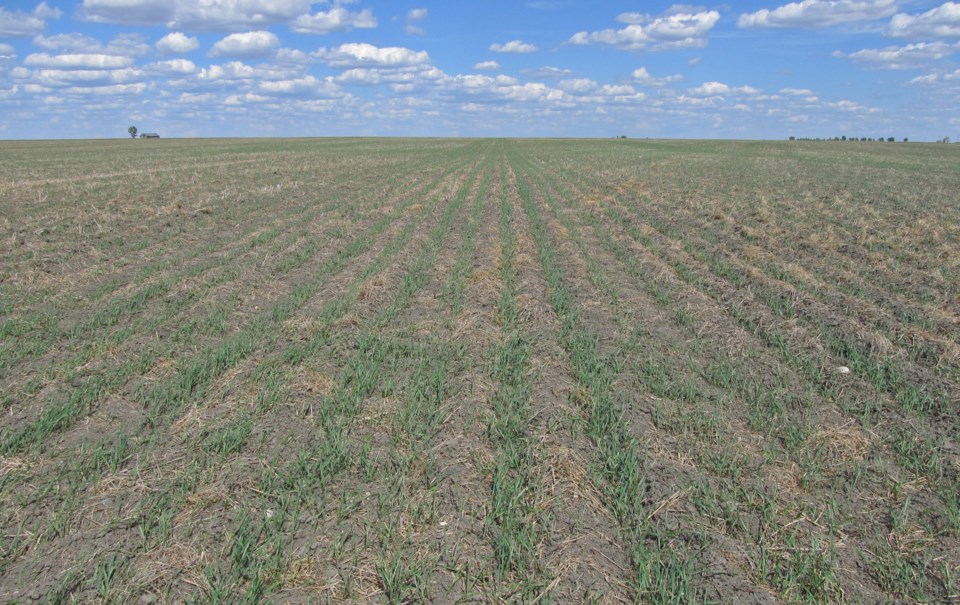 (Supplied by the Government of Saskatchewan)

Although it has been rainy across some areas of the province in the last week, some areas received little to no moisture.

The amount of rainfall was not consistent across the province this past week; several small, localized showers were reported, rather than wide-ranging precipitation. The Melfort area received up to 90 mm of rain and the Goodeve area 77 mm.

Conditions have improved in some areas. Cropland topsoil moisture across the province is rated as two per cent surplus, 37 per cent adequate, 40 per cent short, and 21 per cent very short.

Topsoil moisture on hay land and pasture is rated as one per cent surplus, 28 per cent adequate, 42 per cent short, and 29 per cent very short.

In Crop District 3AN, west of Moose Jaw, 75 per cent of cropland and 73 per cent of hay land and pasture have very short topsoil moisture.

Across Saskatchewan, crop conditions range from poor to good. This will improve with more rain in the forecast.