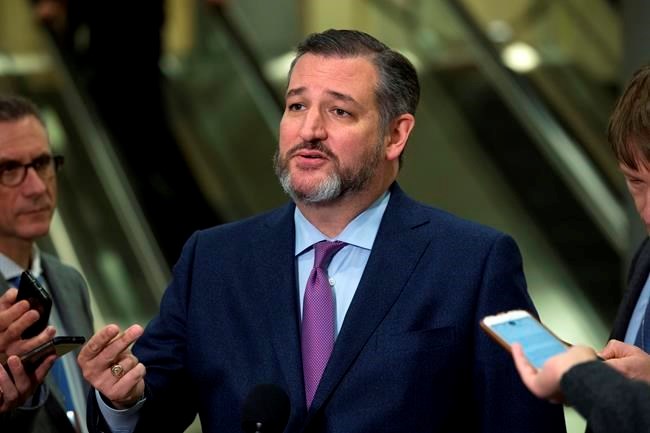 NEW YORK — Sen. Ted Cruz is working on a book, to be published in October, about the Supreme Court.

Regnery Publishing announced Monday that the book was called “One Vote Away” and would draw upon the Texas Republican's long legal background to provide an inside look at key court decisions.

"With the perspective only a veteran government leader and seasoned Supreme Court advocate can bring, Cruz will outline these crucial Court battles as a powerful wakeup call to Americans to the exceptional power of a single Supreme Court vote against the backdrop of the 2020 election and in the decades to come," according to a statement from Regnery, a conservative publisher.

Cruz previously wrote the memoir “A Time for Truth.”

Before first being elected to the U.S. Senate, in 2012, Cruz served as Texas solicitor general from 2003-2008 and also spent several years in private practice. Notable cases he argued before the Supreme Court included Medellin v. Texas, in which he differed with then-President George W. Bush, a fellow Texas Republican. Cruz contended that Bush overreached in supporting the claim of Jose Medellin, a Mexican national convicted and sentenced to death in Texas for his part in the rape and murder of two teenage girls, that his rights had been violated under international law, the Vienna Convention.