Trudeau exposes himself as the one we can’t trust

Maybe Trudeau should have dressed up as a clown at that party in 2001. It would have suited him better
Sep 25, 2019 2:33 PM By: Freelanced Submission 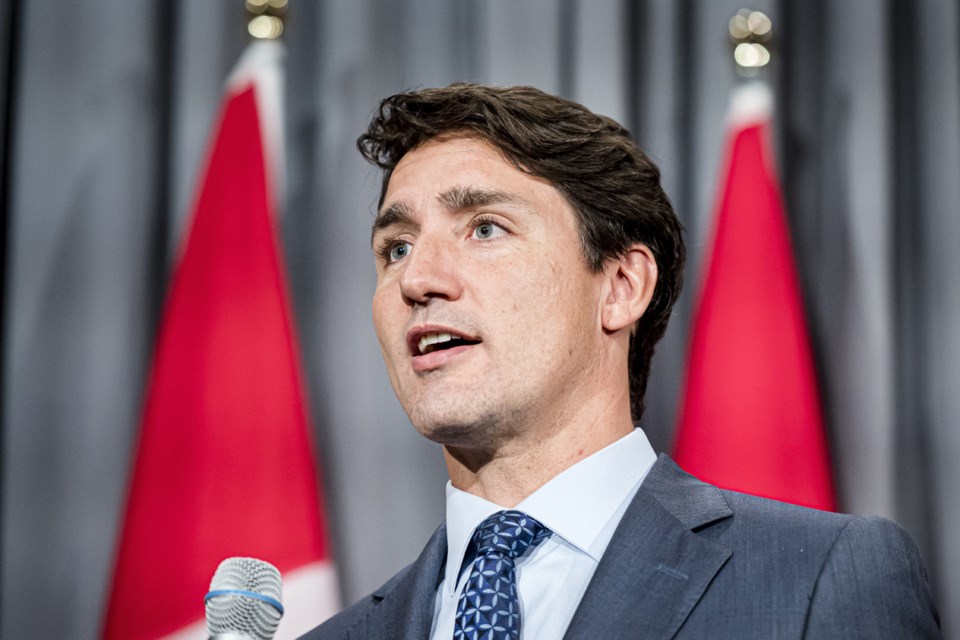 Pierre Elliott Trudeau’s defining accomplishment as prime minister was the creation of Canada’s Charter of Rights and Freedoms. Regardless of the politics surrounding the creation of the document, it embodies Canadian democracy in the highest form.

The senior Trudeau’s intention was to create a “just society” – a term that was his trademark during the federal election campaign of 1968. He said “the rights of minorities will be safe from the whims of intolerant majorities. The just society will be one in which those regions and groups which have not fully shared in the country's affluence will be given a better opportunity.”

He would later use the philosophy as a model for the charter, and when he championed diversity and immigration. Governing on this model made him one of Canada’s most iconic prime ministers.

Decades later, his son Justin Trudeau piggybacked on his father’s legacy to champion the rights of Canadians in a just society, trumpeting inclusion and tolerance.

It’s easy to imagine the philosophical debates the young Trudeau grew up around. His father was an intelligent man, a lawyer and human rights champion. The younger Trudeau attended private schools, then McGill University, where he was a member of the debate club.

So how could the son of Pierre Trudeau so blatantly disregard notions of equality as a young man?

After Time Magazine released photos of him dressed as brown-face, Justin Trudeau sheepishly revealed that he dressed up as Aladdin and painted his face and hands black – but because it took place in 2001, when he was just 29, he didn’t know any better.

And he admitted it wasn’t the only time. There was a high school photo.

And then a video obtained by Global News showed a young Trudeau dancing and sticking his tongue out, face painted black.

In a later media scrum, Trudeau disclosed there could be more instances and said he would deal with them “on a case by case basis.”

Were his actions racist?

Trudeau says they were. He apologized and explained that in 2001, he wasn’t aware such behaviour was offensive. Later he said the “layers of privilege” in his upbringing resulted in his ignorance about why it might be unkind to paint your face black or brown.

Whether Canadians believe him in this instance – or even accept that dressing up in black-face is racist behaviour – isn’t what will cause Trudeau’s political downfall.

It will be that his entire political career has been focused on pointing the finger at his opponents and calling them untrustworthy. Now it’s been revealed that he’s the one we shouldn’t trust.

It will be about the whopping failure of a Liberal campaign strategy that presents the Conservatives as white, privileged, uneducated, intolerant and racist. Those are the very things, by some spectacular manifestation of karma, that Justin Trudeau admitted he has been.

It will be that he created himself in his father’s image of diversity – an image that many Canadians looked up to – and then failed them.

And it will be that his breathtaking hypocrisy was unveiled at a pivotal moment in his career.

There are several victims in this political tragedy.

The first are brown- and black-skinned Canadians. NDP Leader Jagmeet Singh’s address to Canadians was emotional and eloquent. Imagine how any dark-skinned Canadian would feel staring at photographs of their inclusive-championing prime minister, face painted and foolishly grinning. Imagine how that betrayal would translate into deep hurt.

The next victims are the Canadian voters. For the remainder of this election, they won’t be able to hear about policy. Instead, the dialogue will be about scandal, because the media knows that’s what gets attention.

And the last victim is the Liberal Party of Canada, which has suffered at the hands of its own leader.

Trudeau has indicated he won’t step down. Instead, he’d like to use this as a teaching moment about Liberal values.

But this election shouldn’t be determined by partisan stripes, because sometimes what we do – or don’t do – says more about who we are than does our party affiliation.

Maybe Trudeau should have dressed up as a clown at that party in 2001. It would have suited him better.

Maddie Di Muccio is a former town councillor in Newmarket, Ont., and former columnist with the Toronto Sun.