Report from the Legislature 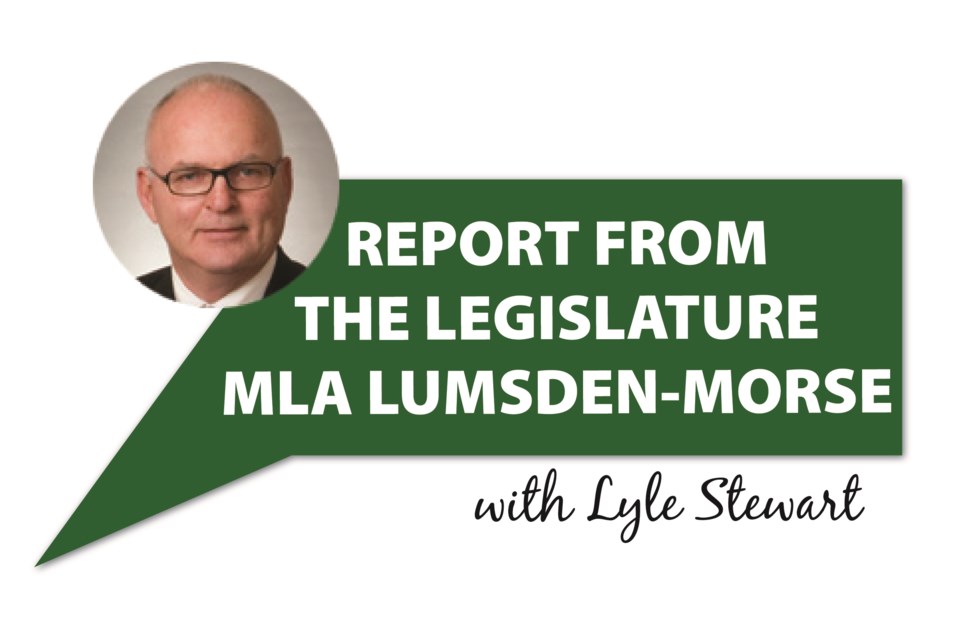 Over the past 12 years, Saskatchewan has enjoyed a remarkable period of strong and sustained growth we hadn’t seen in a long time. As we prepare to enter the 2020s, our goal is to keep growing so all Saskatchewan people continue to benefit.

In the coming weeks, we will release a new Growth Plan with specific targets and a roadmap of how we will achieve them. These targets include 1.4 million people living in Saskatchewan and 100,000 more people working in Saskatchewan by 2030.

The fall sitting of the legislature is now underway and our government has introduced our vision for a new decade of growth. We have outlined a number of measures the government will be taking during the upcoming legislative session, including:

The government plans to introduce about 30 pieces of legislation during the fall sitting and will table a budget during the spring sitting that is expected to make significant investments in infrastructure.

Our government will continue to plan for a growing province by keeping our economy strong, investing in important government services and ensuring everyone in Saskatchewan continues to enjoy the benefits of growth.

The recent federal election results show that the path and policies of the federal government these past few years has divided our nation. The growing sense of frustration and western alienation is now undeniable.

Canada now has a Liberal minority government that did not receive the popular vote, has no clear mandate and will be supported by either a 4th place party that has never governed, or a party that does not want to be part of this nation. This government also has no representation from Saskatchewan or Alberta.

In his election night address, Prime Minister Trudeau stated to Saskatchewan and Alberta: “I’ve heard your frustration. I want to be there to support you.”

Saskatchewan has made it clear: if the Prime Minister is serious about acting on his words, he can cancel the federal carbon tax; commit to negotiating a new equalization formula that is fair to Saskatchewan and Alberta; and commit to developing a plan to build pipelines and get our exports to international markets.

It’s time for a new deal with Canada.

The Prime Minister says he’s heard our frustration and wants to support us –  Saskatchewan stands ready to meet with him so he can prove it.