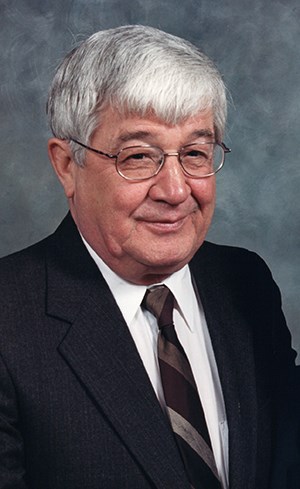 It is with heavy hearts that the family of Arnold Harris announces his passing on Thursday, October 17th, 2019 in Moose Jaw’s Dr. F.H. Wigmore Regional Hospital at the age of 85 years.

Known affectionately by all as “Harry”, he had a twinkle in his eye, a spring in his step and would leave a lasting impression on all who knew him.  Making friends was easy for Harry, and it was well known that he was always up for a good debate.

Harry was born in Sydney, Nova Scotia to Phyllis and George Harris on August 10th, 1934.  He was raised and received his education in Sydney before enlisting in the Royal Canadian Air Force in 1952 for the opportunity to see the world.  One of Harry’s first training exercises was to Africa.

It was during his posting to Fort Nelson, BC in 1957 when Master Corporal Harris met his true love Marielle Nadeau, who was also in the service.  Harry and Marielle were married on August 23rd, 1958 in Saint Antoine de Padoue, QC and then posted to Greenwood, NS in 1958.  While in Greenwood, Marielle left the Forces to start their family.  Harry and Marielle accepted postings overseas to Marville, France, and then to Lahr, Germany.  Harry and his young family transferred back to Canada in 1969 and made their way to Moose Jaw, SK, where Harry retired from the services in 1977.  Many lifelong friendships were made, and Harry and Marielle always welcomed the opportunity to renew acquaintances with members of their military family.

Retirement did not come easy for Harry as he could not be idle for long.  He joined the workforce at Inventronics and remained until the plant closed, and then he worked part-time at Canadian Tire before entering full retirement in 1990.  Harry enjoyed getting to know his co-workers and made many lasting friendships.

Actively involved in the extra-curricular activities of his children, Harry would often be seen at diamonds, fields and hockey arenas around Moose Jaw.  He took on the challenge of coaching minor girl’s fastball and enjoyed it so much that he spent the next 23 years continuing to coach and mentor.  Harry’s philosophy was simple in that every child deserved a chance to play, learn new skills and experience the camaraderie of being a member of a team.  Harry was honoured for his dedication and commitment to the promotion of girl’s fastball and a diamond at Optimist Park Girls Fastball Diamonds was named the “Harris Diamond”.

Harry was an active Royal Canadian Legion Branch #59 member.  He loved to socialize and was always interested in the lives of those around him.  Many hours were spent honing his skills in the Dart Leagues, or just visiting and reminiscing.

In 2009 Harry and Marielle moved into the Rosewood Housing Cooperative.  This move presented Harry with the opportunity to meet many new friends.  Never one to sit still, Harry spent 6 years serving as President of the Cooperative and working to enrich the lives of those who lived in the building.  He truly enjoyed the morning coffee rituals, bbqs, social activities, and especially the evening card games that made Rosewood feel like home.

Harry will forever be lovingly remembered by his wife of 61 years, Marielle; daughter, Christine of Extendicare in Moose Jaw, and her two sons Brandon Mauro of Regina, and Dylan Mauro (Tia) of Prince George, BC;  son, Daniel of Wakaw, SK (Candice of Moose Jaw), and his two children Rylan Harris (Danni) of Saskatoon and Rylan’s two daughters Oceania of Saskatoon, and Atiana Young of The Pas, MB, and his daughter Kaitlyn Harris of Saskatoon; and son, Martin (Deborah) of Yorkton, SK.

Harry’s life will also be celebrated in memory by his brothers and sisters-in-law: Melvin (Arlene) and Winston (Peggy), and sister, Myrtle Burns, all of Nova Scotia; brother-in-law, Jean-Marie “Joe” (Florence) Nadeau of Port Elgin, ON; and sister-in-law, Violette Pelletier of Matane, QC.

The family wishes to thank the doctors and nurses at the Dr. F.H. Wigmore Regional Hospital for the care that Harry received.  Special thank you and appreciation to the Rosewood Housing Cooperative family of residents for the love, support and kindness during Harry’s brief illness and this difficult time.  We are deeply touched by the well wishes, fond memories and tributes to Harry bestowed upon us by dear friends and those who knew him as coach, co-worker, visitor, volunteer, committee member, and proud Bluenoser.

The Funeral Service will be held on Wednesday, October 23rd, 2019 at 11:00 a.m. in Moose Jaw Funeral Home.  Reverend Doug Shepherd will officiate and interment will take place at Rosedale Cemetery.  Legion Rites will be conducted by the Royal Canadian Legion Branch #59.

Remembering veterans and Legion members was very important to Harry, and he dedicated himself to delivering chocolate bars and engaging in weekly visits to those who resided at the Extendicare Moose Jaw Nursing Home.  It would be Harry’s wish that we never forget.  As an expression of sympathy, donations in Harry’s name may be made to the Royal Canadian Legion Poppy Fund, 268 High St W, Moose Jaw, SK S6H 1S8.