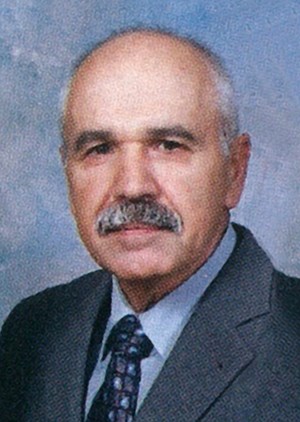 Bohdan Wasyl Galczyk passed away unexpectedly on Thursday, August 8, 2019.  He was born on January 9, 1955 in Moose Jaw, SK.  He attended the University of Saskatchewan and received Bachelor of Arts Degree with Honours in History in 1985.  In 1998, Bohdan completed the Certification Program for A+ Service Technician from the Computing Technology Industry Association.  In 2006, he received a degree from the University of Saskatchewan Bachelor of Science Four Year program.  Later in life he continued his studies at the University of Saskatchewan with a focus on psychology.  Bohdan started his early career in real estate before transitioning to computer programming, and fixing PCs.  He opened his own company called Soft Landing; specializing in programming and fixing computers.  He was a talented musician, instrumentalist, and vocalist; writing his own music.  Early on in his music career he founded and recorded with the band Bogart.  Later he collaborated with a French musician and fellow programmer to create the music duo Kitusai & Bohdan.  Over the years he had a multitude of collaborations with musicians from around the world including Europe, South America, and Africa.  He had a big love for books, learning and challenging his mind.  He loved to travel and explore new places and see new things.  He had a passion for karate; achieving a black belt and winning silver at the Diamond Nationals in Minneapolis in 2004.  He is survived by his wife Irena Galczyk of Saskatoon; father Stefan Galczyk; sister Oksana (Tim) Peakman; mother-in-law Anna Kubrak; nieces Ashlie Peakman and Trisha Peakman; brother-in-law Eugene (Lesya) Kubrak; niece Solomia (Calvin) Garraway.  He was predeceased by his son Julian Galczyk, his brother Taras Galczyk and mother Antonia Galczyk.  The Prayer Service will be held at 7:00 p.m. on Tuesday, August 13, 2019 from the Ukrainian Orthodox Church of All Saints (2616 Louise Street, Saskatoon) presiding will be the Very Reverend Archpriest Father Taras Makowsky.  The Funeral Service will be held at 12:00 p.m. (Noon) on Wednesday, August 14, 2019 from Moose Jaw Funeral Home (268 Mulberry Lane, Moose Jaw, SK).  Interment will follow in the Rosedale Cemetery (1804 Caribou Street West, Moose Jaw, SK).  Vichnaya Pamyat.  Arrangements are in care of Mourning Glory Funeral Services (306) 978-5200 www.mourningglory.ca and Moose Jaw Funeral Home, 268 Mulberry Lane.  Todd Sjoberg, Funeral Director 306-693-4550 www.moosejawfuneralhome.com