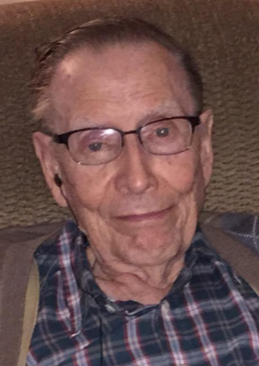 It is with great sadness that the children of Mr. Frank Leslie Fish of Moose Jaw announce his passing. Frank passed away in the early hours of May 21, 2021 at Pioneer Lodge in Moose Jaw. Frank was predeceased by his wife Lorraine Fish,  mother and father, Frank and Mabel Fish and his brother Robert Fish. He was loved by family and many friends. He is survived by his children; Caron (Dave) Pelletier, Sandi (Dave) Hutchinson, Barb (Rod) Markewich, Roberta (Daryl) Renaud, Brian (Marie) Fish and Donna (Richard) Gluwchinski; grandchildren, Aaron, Joel, Sarah, Michael, Lou, Nathan, Ali, Tia, Jason, Daniel, Vic, Frank, Lindsay, Graeme, Alex, Kelli and Lucille; as well as great-grandchildren, Parker, Shale, Oakland, Emighyn, Victoria, Daisy, Braydon, Easton, Sophia, Felix, Mason, Aubri, Raiden, Sierra, and Austin. Frank was born in Moose Jaw in 1929 and shortly after his father and mother moved to Verdun, Quebec where his dad found work during the 1930’s. Dad, his mother and brother Robert, moved back to Moose Jaw when his father Frank Senior served in World War II. After the war Frank Sr. joined his wife and two sons in Moose Jaw. Frank found his soulmate and the love of his life and married Lorraine Norum in September of 1954. Frank and Lorraine had six children, which were Frank and Lorraine’s top priority. He was the most honest and hardworking man around. Dad’s love of music was wonderful (loud and lively) was the best way to put it. Everything from Jazz to Country, he loved it all. He and wife Lorraine also loved to dance with friends at Danceland in Watrous. Frank would also golf weekly with his buddies at the Hillcrest course in Moose Jaw. Other activities such as camping with the family, reading, riding bikes and photography took up all of his time. Dad was a “prankster” and loved playing jokes on friends and family. He was always fixing something; a great handyman. Dad loved mom’s cooking, every single day for 66 years, never missing a dessert. Those were happy times for our wonderful dad. Frank’s career as a steam engineer at Petro-Canada, formerly Gulf, formerly B/A in Moose Jaw began in 1955, and ended with his retirement in 1990. Dad enjoyed saying good-bye to shift work at the plant and started his retirement, golfing everyday in the summer and skating in the winter. He would travel to visit family and friends, always reading, our dad was as smart as they came. Dad passed his work ethic and a good sense of humour and love down to us all. Dad we will miss you for now and cherish all our memories in our hearts until we all meet again. A Memorial Service for Frank will be held at a later date. In living memory of Frank, a memorial planting will be made by Jones-Parkview Funeral Services. Please sign the memorial register at website: www.jonesparkview.com (Obituaries). Kelly Scott, Funeral Director.