TORONTO — A former football player chased from the NFL following a domestic violence charge. And a female fighter whose husband faces a charge of attempted murder for allegedly assaulting her.
0
Dec 6, 2018 4:38 PM By: Canadian Press 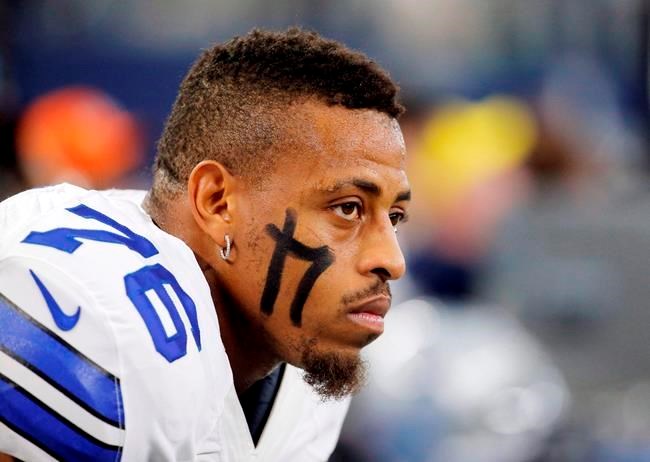 TORONTO — A former football player chased from the NFL following a domestic violence charge. And a female fighter whose husband faces a charge of attempted murder for allegedly assaulting her.

"I talked to Rachel Ostovich. Rachel said 'His story isn't my story,'" White said in an interview Thursday. "'Everybody's story is different and this guy's never done anything to me. I have no problem fighting on the card with him.'

"And I'm a big believer in second chances. So her opinion was the opinion that I was concerned with. And that was it."

Ostovich is slated to meet Paige VanZant on the Jan. 19 show in Brooklyn, N.Y. Hardy is scheduled to make his UFC debut against Allen Crowder on the card, the first of the UFC's new deal with ESPN.

Hardy was convicted in July 2014 of assaulting and threatening a woman who contended the six-foot-four, 275-pounder threw her in a bathtub and onto a sofa covered with guns before threatening to kill her.

But North Carolina prosecutors dismissed domestic violence charges against Hardy in February 2015, saying the accuser in the case couldn't be found. The dismissal happened just as Hardy's appeal in the case was set to begin. Court heard the woman had reached a civil suit agreement with Hardy.

He's been out of the NFL the last three years, focusing on a mixed martial arts career and eventually earning a contract with the UFC.

Other sports have been less forgiving but White, while saying what Hardy did was "horrible," says he has turned his life around.

"The guy went to rehab — drugs and alcohol — went to therapy for anger management. Did all this stuff. He's still in it now," said White. "He's still doing therapy — five years later.

"Never was in trouble before that. Never was in trouble after. All of the people that he trains with down in Florida — women and everybody — respect him, think he's a good guy. He's got a wife, a son, he just had a new baby daughter. The guy's trying to make a living for his family and he made a mistake."

The 30-year-old Hardy is 3-0 as a pro MMA fighter, with his bouts lasting a total of two minutes seven seconds. The last two bouts were part of White's "Tuesday Night Contender Series."

"He's an incredible athlete. He hits really hard and he loves to fight," said White. "We'll see what he can do."

With files from The Associated Press