Troy Tulowitzki is reportedly joining the New York Yankees. Media reports late Tuesday night said the former Blue Jays shortstop had agreed to a $550,000 league-minimum deal with the Yankees for the 2019 season, pending a physical.
0
Jan 1, 2019 11:41 PM By: Canadian Press 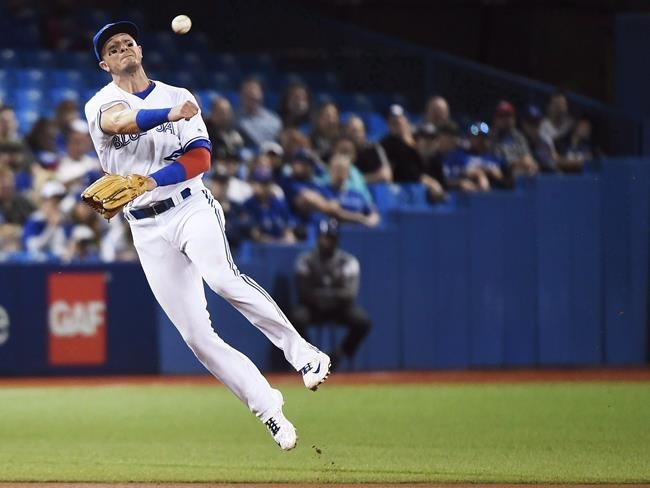 Media reports late Tuesday night said the former Blue Jays shortstop had agreed to a $550,000 league-minimum deal with the Yankees for the 2019 season, pending a physical.

Toronto released Tulowitzki, a five-time all-star, last month with two years remaining on his contract. The Blue Jays owe the oft-injured shortstop the US$34 million that's left on that deal.

The 34-year-old Tulowitzki was kept out of the Blue Jays lineup for the last season and a half after a serious ankle injury and surgery to both heels.

He first joined Toronto from the Rockies in a July 2015 trade orchestrated by then-GM Alex Anthopoulos, who made a number of trade deadline moves that propelled the Blue Jays' return to the playoffs for the first time in 22 years.

Tulowitzki also helped the Blue Jays reach the American League Championship Series for a second straight year in 2016, batting .462 with five RBIs in Toronto's three-game sweep of Texas in the AL Division Series.

Over 12 seasons with Toronto and Colorado, he has a career batting average of .290 with 224 home runs and 779 runs batted in.