Ralph Krueger bar-hopped around Buffalo, watching a period of NHL playoff hockey at each spot and talking to Sabres fans along the way.
May 15, 2019 1:28 PM By: Canadian Press 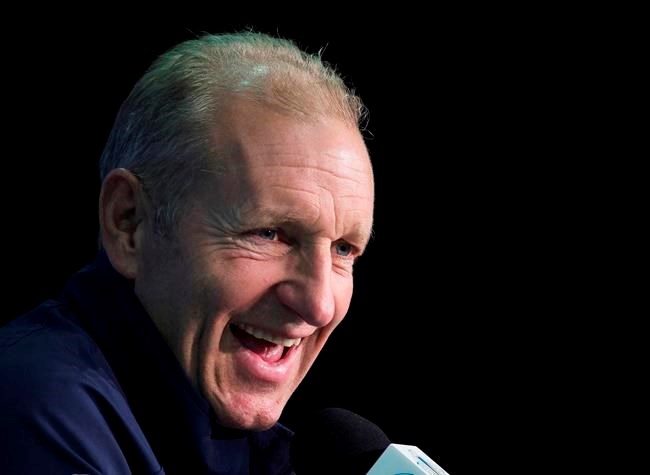 Ralph Krueger bar-hopped around Buffalo, watching a period of NHL playoff hockey at each spot and talking to Sabres fans along the way.

He had already decided to return to the NHL, and the experience solidified that he wanted to make that comeback as Buffalo's coach. Krueger changed his mind on coaching again just in time to give the Sabres the experience they desire behind the bench.

"I could just feel the coaching magnet calling me back," Krueger said Wednesday after being named Sabres coach. "I stayed very close to the game. All the relationships I built over the years are warm. I've been in contact with multiple head coaches over these last years. It's always been my startup site, NHL.com. Watching games and observing the way the league is operating has always been important to me."

Krueger spent the past five years as chairman of English Premier League soccer club Southampton FC, a different kind of experience he hopes to draw from for his latest challenge. The project-oriented Manitoba native, who played and coached hockey in Europe, talked to Sabres general manager Jason Botterill two summers ago but wasn't going to leave Southampton until his job there was completed.

With that now in his rearview mirror, Krueger returns to the NHL, where he coached the Edmonton Oilers in 2013 and spent two seasons as an assistant with them before that. Despite being fired via Skype after just one lockout-shortened season, Krueger said he no hard feelings toward the Oilers but believes this is much more of a win-now situation compared to a full-scale rebuild he dealt with in Edmonton.

"This group is ready to become a contender and to compete with anybody on any given night," Krueger said. "I'm confident that we can become that kind of a team quite quickly."

Krueger only has 48 games of NHL head-coaching experience, but Botterill said the team's brass put a lot of stock into international experience. Krueger coached Switzerland's national team to Olympic appearances in 2002, 2006 and 2010, took Team Europe on a surprising run at the 2016 World Cup of Hockey, was part of several world championships and served as a consultant under Mike Babcock when Canada won Olympic gold in 2014.

Babcock, coach of the Toronto Maple Leafs, isn't thrilled Krueger is now coaching just across the border but is glad to have his longtime friend back in the NHL.

"He's going to make their group better, so real good hire by them," Babcock told The AP by phone. "He's a good man, a real good brain, real good thinker, good communicator and he's been a good coach."

It helped his case that Krueger spent time as a Carolina Hurricanes consultant while coaching overseas and spent three total seasons as a coach at the NHL level. Botterill had been vocal about wanting an experienced head coach after firing Phil Housley , who was in his first such job, but said the Sabres looked at up-and-comers as well as veterans.

That pursuit led to Krueger, who's well-respected in hockey circles for his knowledge of the sport and ability to be a tactician and a good players' coach. During his introductory conference call, Krueger answered several questions about changing the Sabres' culture, but his makeup leads colleagues to believe that won't be an issue.

"He's had great experience, and every experience whether it's good or bad you grow from," Babcock said. "He's been around enough that he knows how to handle people so he won't have any trouble that way."

Krueger, who's currently in Europe, expects to meet Sabres captain Jack Eichel and forward Sam Reinhart next week at the world championships in Slovakia to begin building a rapport with them.

"Ralph is a great communicator and has a history of being a strong leader," Botterill said. "His past has shown that he has a great ability to interact with players and get the most out of a group."

Krueger hasn't been in the NHL since 2013, but coaching Team Europe to the final at the World Cup almost three years ago reminded him of his love for the job. In recent interviews, Krueger indicated he was more interested in a management position in the NHL — except when he thought back to the World Cup, he remembered coaching is his real love.

"My kids have been telling me ever since that that's the happiest I've looked in the last six years," Krueger said. "That definitely confirmed that in my heart of hearts I'm a coach."