TORONTO — Bob Hunter has overseen the growth of B.C. Place Stadium, Rogers Centre, Scotiabank Arena and BMO Field. Now he is looking to help take the Toronto Wolfpack to the next level.
Aug 14, 2019 10:21 AM By: Canadian Press 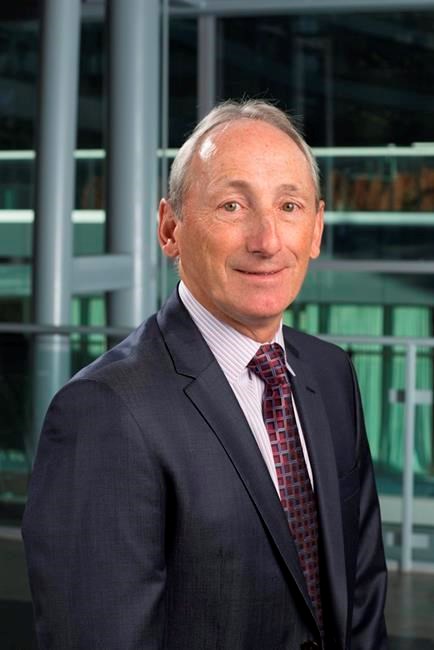 TORONTO — Bob Hunter has overseen the growth of B.C. Place Stadium, Rogers Centre, Scotiabank Arena and BMO Field. Now he is looking to help take the Toronto Wolfpack to the next level.

The former Maple Leaf Sports & Entertainment executive has been named chairman and interim CEO of the transatlantic rugby league team. He succeeds majority owner David Argyle, who gave up both jobs in early June after finding himself embroiled in a racism scandal.

The 65-year-old Hunter left MLSE in January after 22 years and started his own consulting practice. He sees the Wolfpack job as his new full-time endeavour.

"It's a great opportunity to bring some of that 22 years of experience to a reasonably new organization. Even with the success they've had to date," Hunter said in an interview. "I've been really, really pleasantly surprised at the sophistication of the business and look at it as a great opportunity to try and help that team grow to a new level."

He inherits a club that has enjoyed great success on the field.

"Needless to say we've got a great team ... the playoffs (are) ahead of us, potential promotion ahead of us," he said. "A great time to join."

The Wolfpack (23-1-0) have already clinched the second-tier Betfred Championship regular-season title and are currently riding a 18-game win streak. With three games to go, they are preparing for the promotion playoffs.

Toronto, which failed to gain promotion to the Super League in 2018 at the last hurdle in a 4-2 loss to London Broncos, can reach the top tier with two playoff wins this season.

But the franchise faces challenges off the pitch.

Toronto recently announced it would not televise two of its remaining home games to save money. The Wolfpack had been paying for production costs to air its games on Sky Sports in the United Kingdom. Toronto distributed the broadcasts elsewhere, including Canada where the matches were shown on Game TV and only by CBC.

The Wolfpack are facing a lawsuit filed in Alberta by iLink Media Group, which handled TV production in 2018. The company argues the rugby league team "defaulted on payment for a significant portion of last year's season to the tune of just over $300,000."

Argyle has said he is confident the dispute can be resolved.

The franchise itself is unique. While based in Toronto, there are no North Americans on the current roster and the team and its coaches live in England. When the Wolfpack play home games at Lamport Stadium, the team stays in temporary accommodations here.

Argyle found himself in the midst of a racism scandal after Swinton Lions prop Jose Kenga took aim at him on social media in early June. Kenga says, after approaching a teammate speaking to Argyle in the wake of the Lions' 52-10 loss in Toronto on April 28, Argyle looked at him and said "Do they allow black people in Swinton?'' and then laughed.

Kenga said he told Argyle "You can't say that in this day and age and he just laughed, brushed it off and handed over a drink token to me.''

Argyle apologized and essentially fired himself as chairman and CEO. He was fined 7,500 pounds (C$12,275) by the Rugby Football League, the sport's governing body. The Toronto-based Australian mining and resources entrepreneur remains the team's majority owner.

While Argyle does not make excuses for what he said, he maintains it was part of a conversation with a Swinton fan about how Toronto’s multicultural makeup makes for a great city.

Hunter started his career at Ontario Place in 1982 before heading west first to help open B.C. Place Stadium in Vancouver and then joining the Expo '86 Vancouver World's Fair management team.

In 1987, he returned to Toronto to work on SkyDome (now Rogers Centre), first as vice-president of operations and fan services and was then president and CEO. A year later, he became executive vice-president and GM of the Air Canada Centre (now Scotiabank Area) and also oversaw Ricoh Coliseum and an extensive renovation of BMO Field.

Hunter, who has already attended Wolfpack games, says he hopes to "enhance the fan experience" at Lamport Stadium.

"With Bob's experience and reputation in the Toronto sports market, I am confident that he is the right person to help build and increase our organization's foothold in the Canadian sports landscape," Argyle said in a statement. "One of our goals is to improve and reshape our fans' experience at Lamport Stadium and there is no one better than Bob to help lead us in that direction."