Former CFL commissioner Larry Smith will be among those giving Bill C-218 a much closer look when it goes before the Senate's standing committee on banking, trade and commerce this week.
Jun 1, 2021 10:20 AM By: Canadian Press 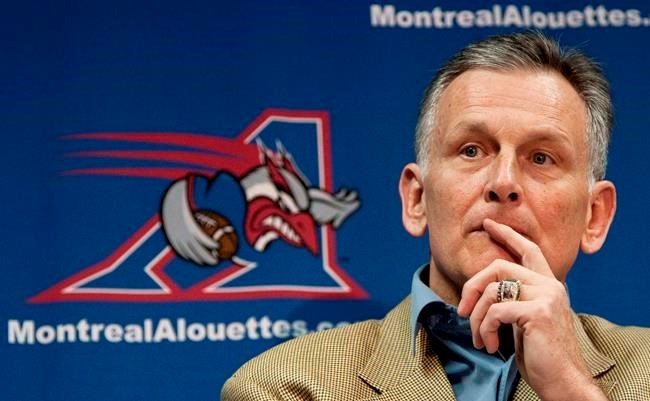 Former CFL commissioner Larry Smith will be among those giving Bill C-218 a much closer look when it goes before the Senate's standing committee on banking, trade and commerce this week.

Bill C-218 is the private member’s bill introduced last year by Saskatchewan Conservative MP Kevin Waugh to amend the Criminal Code and legalize single-game sports betting in Canada. It was referred to the banking committee, of which Smith is a member, in the Senate last week.

It's scheduled to go before the committee Wednesday night. Senators are expected to hold hearings and take in presentations by both those for and against legal wagering.

The committee will then write a report on C-218 that will go back to Senate, where the bill would be debated a third time. If passed in its current form, Bill C-218 would go before Chief Justice of Canada Richard Wagner — who is filling the administration duties for the Governor General role following Julie Payette’s resignation — for royal assent.

This marks the second time during Smith's tenure as a senator that legalized sports wagering has been front and centre.  In 2015, NDP legislation went through the House of Commons with all-party support however never made it past the Senate before a federal election was called.

"It's fair to say there's more momentum this time around as opposed to the time five or six years ago," Smith said during a telephone interview. "I think there's more of an openness within society as a whole, at least within North America and in some other countries in the world, to be able to recognize that this is a reality of the times we live in.

"One of the important issues is to have the proper rules in place to protect the integrity of the system."

It's currently legal in Canada to bet on parlays -- multiple wagers linked together that usually must all be correct to win the bet. The successful passing of Bill C-218 would make provinces and territories responsible for regulating and licensing websites, casinos and other businesses that would allow single-game wagers.

Trouble is, there are many government bills before the Senate. If C-218 isn't passed by the time both the Senate and House leave for the summer later this month, it will result in the end of the bill, especially if Canadians head to the polls this fall.

"Can it be passed? It can be put through," Smith said. "However we are in a situation where there are other bills in the queue right now so it's trying to manage the process with limited time.

"If there are amendments made when it comes to the Senate, then those amendments, if they pass they have to go back to the Commons and if the Commons is on recess, it falls through the cracks."

Smith said a Senate committee's mandate is to review all legislation thoroughly.

"Our job is to be like a quality-control vehicle in a regular business and so quality control means we have to analyze all legislation to the T and make sure what comes out in the finished product is the best possible product for Canadians," Smith said. "If we have to make amendments and changes and additions to it, we do that."

Illegal betting is big business in Canada, with estimates offshore sites, U.S. casinos and illegal bookmakers constitute a $14-billion industry in this county. Most professional sports leagues have realized gambling can become a source of incremental revenue and dramatically boost fan engagement.

Increased revenue streams are crucial for a gate-driven league like the CFL, which didn't play games in 2020 due to the COVID-19 pandemic. A source has told The Canadian Press the CFL lost between $60-to-$80 million last year by staying off the field.

The source has spoken on the condition of anonymity because the CFL has never publicly divulged its 2020 financial loss.

Smith never missed a game over nine seasons (1972-80) as a running back with Montreal after after being drafted first overall by the club  out of Bishop's. He served as commissioner from 1992-97 and twice as president of the Alouettes (1997-2001, 2004-10), and understands the league's business.

"Let's be blunt, the CFL does not have the same capacity from television revenues that other major leagues do," Smith said. "If the (sports betting numbers in Canada) that have been flashed around are truthful . . . there'd appear to be some potential.

"It would be important that funds received from this type of operation not only be put into the operation of the sports leagues but also community and minor sports development."

This report by The Canadian Press was first published June 1, 2021.