Rugby Canada parted ways with its most successful coach Monday as John Tait opted to resign in the wake of an independent review into a complaint from current and former players.
Apr 26, 2021 5:49 PM By: Canadian Press 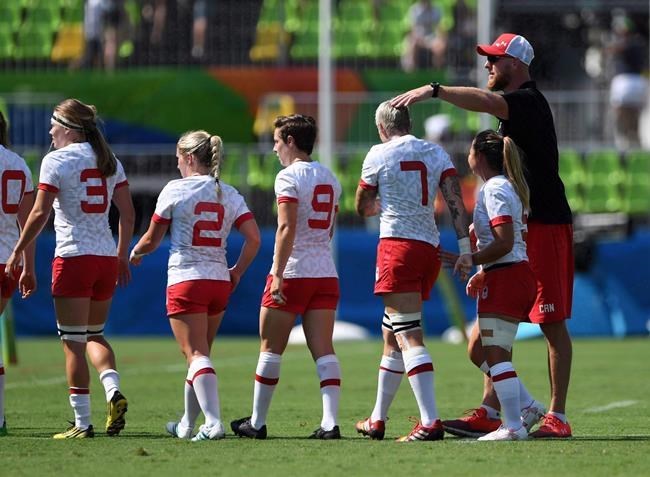 Rugby Canada parted ways with its most successful coach Monday as John Tait opted to resign in the wake of an independent review into a complaint from current and former players.

The investigation found no breaches of policy but clearly left his position untenable.

"The investigator noted the conduct described in the complaint reflected the experiences of the 37 NSW7s (national senior women's sevens) athletes. However, the investigator determined that the conduct referenced was not behaviour which fell within the policy’s definition of harassment or bullying," Rugby Canada said in a six-paragraph release.

"The investigator also concluded, in agreement with both parties, that it would not be viable for John Tait to resume his duties as head coach of the national senior women's 7s. Mr. Tait has submitted his resignation as both head coach and high-performance director to Rugby Canada to pursue other professional opportunities."

Rugby Canada did not provide specifics of the complaint and would not say if there was any settlement involved.

The 47-year-old Tait, a former Canadian international, led the Canadian women to a bronze medal at the 2016 Rio Olympics, gold at the 2015 Pan American Games and silver at the 2013 Rugby World Cup Sevens.

"I was not surprised that the investigation, which I had requested to be initiated, concluded that the complaints were all unfounded and did not breach any of RC (Rugby Canada) policies," Tait said in a statement Monday. "Regardless, I no longer desire to continue as the national team head coach or in the role of high-performance director and have therefore decided to resign."

"This entire experience has been extremely difficult and stressful for my family and I," added Tait, who declined further comment when reached by phone.

Team captain Ghislaine Landry, in a text to The Canadian Press, said the players would respond Tuesday.

"We will need some time to review and reflect as a group," she said.

Rugby Canada CEO Allen Vansen, in a second four-paragraph statement Monday, said the organization recognized that the "players are frustrated and dismayed with the conclusion of the investigation."

“There is an ongoing shift regarding what is considered to be appropriate behaviour in sport, and it is important that Rugby Canada keeps current with these changes,” he said.

Vansen said Rugby Canada will, post Olympics, undertake an independent assessment of the women's sevens and other programs "to help us understand the journey and experiences of our athletes and staff involved with our national teams."

The complaint was made public Feb. 5 in a five-paragraph Rugby Canada release that did not mention Tait by name. Rugby Canada said Monday the "independent third-party investigation" was conducted by Win Win HR Solutions Inc. in response to a complaint received from former and current players on Jan. 31.

Rugby Canada said the investigation "was conducted in accordance with the policy in place at the time the incidents occurred."

Australian Mick Byrne, a specialist coach with both New Zealand and Australia who has consulted remotely with the Canadian sevens side since 2012, is serving as interim women's seven coach.

The Canadian women are currently back home in quarantine after competing at a pair of invitational events in Dubai.

Tait said he was ""very proud" of the growth and success of the women's sevens program over the past decade.

"That success has created a sustainable legacy which will help to grow the game of rugby for female athletes for years to come, including the creation of competition pathways and the development of academies across Canada," he said in his statement.

Tait also thanked his staff "for all of their unwavering support, professionalism and integrity, particularly through this challenging process."

"As well, I want to recognize all of those many athletes who have continuously supported my family and I during the past two decades of my time at Rugby Canada. I am now choosing to look forward to new challenges and opportunities."

Tait, an imposing figure at six foot eight, won 37 caps for Canada from 1997 to 2002. He played professionally in Wales with Cardiff and France with CA Brive.

He has been a coaching constant at Rugby Canada for more than a decade, having served as an assistant coach with the men's 15s team and head coach of the women's 15s team prior to focusing on the newly centralized sevens women in 2012. In August 2019, the father of three was given additional responsibilities, handed the high-performance role on the women's side in addition to his sevens head-coaching duties.

The Olympic rugby sevens competition is scheduled for July 26-31 in Tokyo.

The Canadian women are a medal threat. They were third in the HSBC World Rugby Sevens Series standings when the season shut down after five events last year, having finished runner-up at three events and third at a fourth.

Canada was third overall the previous season, lifting the trophy at the Kitakyushu Sevens in Japan in April 2019. It marked the first cup win for the Canadian women since 2017.

The World Series ground to a halt when the pandemic struck last year.

This report by The Canadian Press was first published April 26, 2021.