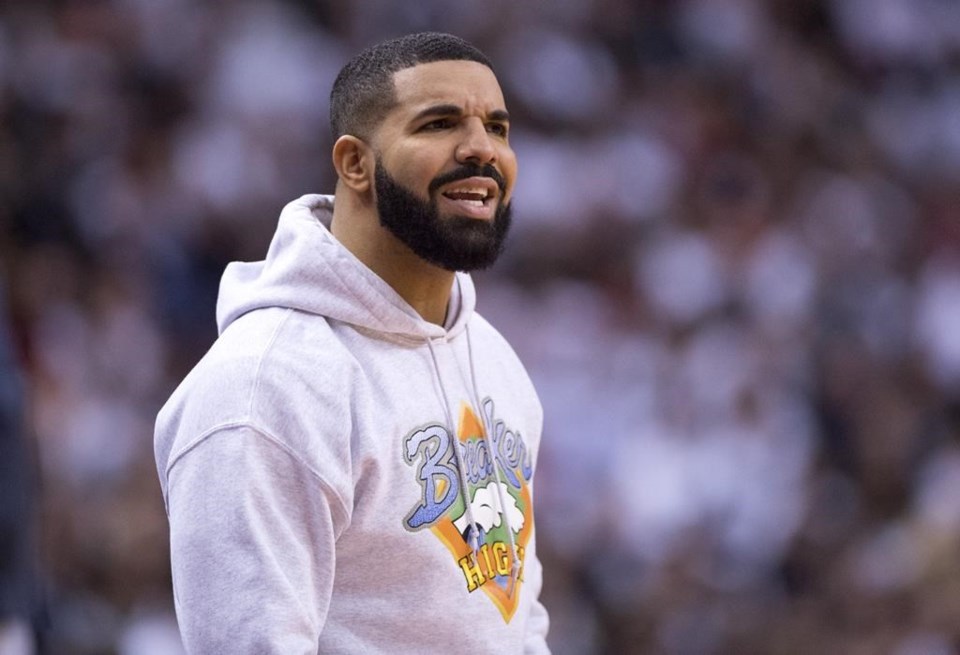 Hosts of morning show Riggs & Alley announced this week they've put a temporary ban on playing the Toronto rapper's music over their airwaves as his hometown team battles the Milwaukee Bucks in the playoffs.

During the best-of-seven series, they say 103.7 KISS-FM will take a "break from Drake" in hopes it'll help the Bucks squash the Toronto Raptors.

The co-hosts joined their producer to reveal the plans in a video posted on the radio station's Twitter account.

"Drake's a big smack-talker on the basketball court," Riggs says to his colleagues.

"I say until the series is over we take a break from playing Drake."

The trio launch into a "break from Drake" chant before rushing into the studio and deleting his track "In My Feelings" from their radio playlist.

Pulling Drake's music is a much bigger commitment than a few hit songs.

Aside from radio favourites "Hotline Bling" and "Nice For What," he also features on an array of other performers' tracks, including current Billboard Hot 100 hits by Meek Mill and Summer Walker. The hosts say all those songs are taking a leave of absence from their station too.

Drake's had a rough go of it this NBA season. The tireless courtside supporter of the Raptors found himself at the centre of a supposed "Drake curse" after sports fans pointed out teams and athletes he supports often go on to lose.

After the Raptors defeated the Philadelphia 76ers in Game 7 on Sunday, he played into the joke with an Instagram video that showed him wearing Sixers shorts as he celebrated the win.