'A shame': Habs-Leafs series heating up on the ice, but no fans leaves big void

MONTREAL — Ziggy Eichenbaum has one word to describe his city on a warm spring night when the local hockey team is in the playoffs. "Crazy.
May 24, 2021 12:59 PM By: Canadian Press 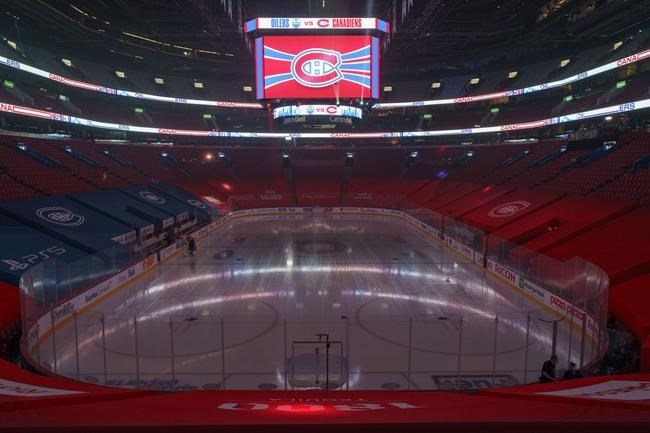 MONTREAL — Ziggy Eichenbaum has one word to describe his city on a warm spring night when the local hockey team is in the playoffs.

And what would the vibe be like in Montreal for a dream matchup — not during a pandemic, of course — between the Canadiens and Toronto Maple Leafs?

"Party time," added Eichenbaum, the owner of Ziggy's Pub. "It would have been totally, totally crazy between the Leafs and Habs.

Montreal and Toronto are battling in the post-season for the first time since 1979, and while a dormant Original Six rivalry is beginning to heat up on the ice, continuing COVID-19 restrictions mean fans are still watching from afar.

Like the rest of the country, the May long weekend in Montreal is normally the unofficial start of summer, with the Formula 1 Grand Prix a couple weeks away, and with any luck, the Canadiens in the middle of a playoff run.

Patios are full, bars are jammed, and the downtown core's crowded, bustling streets are electric.

The race, however, was cancelled for a second straight year because of the pandemic and the city remains under a curfew until Friday. If the best-of-seven series between Montreal and Toronto makes it to a sixth game Saturday, the province will allow 2,500 fans into the Bell Centre — the first crowd to attend an NHL game in Canada since March 2020.

"It's a shame because Montreal versus Toronto could have been like the Grand Prix," said Eichenbaum, whose bar on famed Crescent Street has been closed for seven months. "Especially with the fans that come from all over ... Newfoundland, New Brunswick, Nova Scotia, Ontario. Every time Toronto plays in Montreal it's beautiful.

Patios will be allowed to open later this week when restrictions are eased, but with distancing measures and no indoor service permitted, it still won't feel anything close to normal.

"It's good the Canadiens are in the playoffs," said Peter Sergakis, who owns a number of bars and restaurants in and around Montreal. "But are we going to benefit from it? We don't know, unless they make the second round."

Jeremy Filosa of talk radio station 98.5 Montreal said there's next to no atmosphere anywhere in the city centre these days because of coronavirus rules.

"There's usually tailgate parties, where even if you don't have a ticket to the game, you can participate," he said. "There's a lot of games for kids. None of that is happening. I mean, it's dead in downtown Montreal right now.

"That takes a lot away — just the fact that you have so many people in and around the building and the downtown area on game days. It's just not there."

And it's of course much the same in Toronto, where Maple Leaf Square outside Scotiabank Arena, usually packed with fans watching the games on a massive screen attached to the building, has sat empty. Bars and restaurants also remain closed except for takeout.

The night before Monday's Game 3 in Montreal with the series tied 1-1, the streets again had to be clear by 9:30 p.m, while a 600-room hotel a few blocks from the arena that would usually be teeming with tourists and fans on a holiday weekend had a total of 10 guests — including three travelling hockey reporters.

And on a sun-soaked Monday afternoon when patios would normally already be filling up with jersey-clad supporters of both teams, there wasn't a single fan in the plaza next to the arena featuring statues of the Canadiens' greats.

"There's not much going on," Filosa said. "That's just the way it is."

A jam-packed Bell Centre, with arguably the best atmosphere in the league, can be a huge advantage for the home side. Canadiens legend Larry Robinson said before the playoffs that while not the same as the old Montreal Forum, it's as close as it gets in an era of cookie-cutter stadiums.

But as Filosa points out, it can also be a detriment to the team in red, white and blue. After dealing with a COVID-19 outbreak, a rejigged schedule and a number of key injuries down the stretch, the Canadiens limped into the playoffs of the league's 56-game campaign.

"It's a fan base that's very involved, very engaged," he said. "But they can't turn on you. The end of the season, in a way, was a blessing in a way that Montreal didn't have fans in the stands. Because if they think they've had it tough, I mean, oh boy.

Even a Hall of Famer like Robinson felt that at different points during his career.

"The only talk in town was hockey and the playoffs," he recalled. "But God forbid you lost early in the playoffs because people just stayed away from businesses and were in mourning.

"You felt every loss, but at the same time it was absolutely wonderful when you won."

Filosa said these playoffs, whether it's the fact Toronto finished 18 points clear of Montreal in the Canadian-based North Division, the lack of fans in the building or something else, feel very different.

"It's not where it would be normally," Filosa said. "We're really, really, really looking forward to the day where sports can go back to the way it's supposed to be played."

This report by The Canadian Press was first published May 24, 2021.