Supreme Court decision on carbon tax and hair ties for guys: In The News for March 25

In The News is a roundup of stories from The Canadian Press designed to kickstart your day. Here is what's on the radar of our editors for the morning of March 25 ... What we are watching in Canada ...
Mar 25, 2021 3:15 AM By: Canadian Press 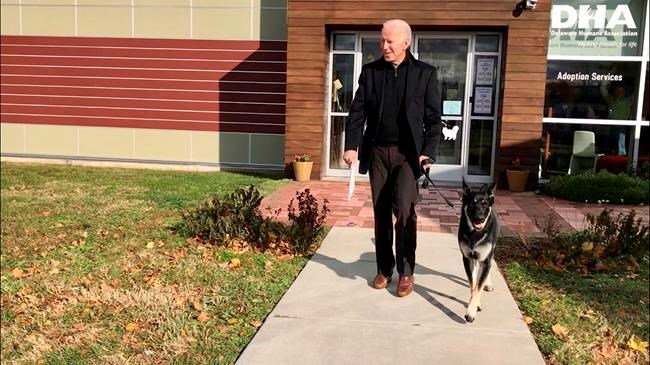 In The News is a roundup of stories from The Canadian Press designed to kickstart your day. Here is what's on the radar of our editors for the morning of March 25 ...

The Supreme Court will issue a decision this morning on the fate of the federal price on pollution.

It could become a landmark case for the division of federal and provincial powers, and is a pivotal decision in the world of Canadian climate politics.

The court will decide whether the Greenhouse Gas Pollution Pricing Act is constitutional.

The act, passed in 2018, imposes a minimum price on greenhouse gas emissions in provinces that don't have an equivalent system of their own.

Alberta, Saskatchewan and Ontario all challenged the law in court, saying it infringes on their taxing powers and their constitutionally-protected right to develop their own natural resources.

The carbon price is a critical piece of the Liberal climate plan, but has been fodder for partisan fighting with conservative politicians, provincially and federally, for years.

Scientists at the National Advisory Committee on Immunization are reviewing research that suggests people who have been infected with COVID-19 can turbocharge their antibodies with just one dose of a vaccine.

The committee is "actively reviewing evidence on the protection offered by one dose for those previously infected, and whether a second dose continues to be necessary," says a statement from the panel.

Caroline Quach-Thanh said the committee is "debating" the question of how many vaccine doses someone who has been infected with COVID-19 requires.

"France and Quebec have said only one," said Quach-Thanh, chair of the committee, in an email.

Studies have suggested people who have had COVID-19 may produce the required antibody response with just one dose of a vaccine.

A letter in the New England Journal of Medicine earlier this month says the question of whether one dose is enough "requires investigation." It's written by 32 researchers from the Icahn School of Medicine at Mount Sinai in New York after conducting a small study.

The final vote was 52-48. Republican Sens. Lisa Murkowski of Alaska and Susan Collins of Maine joined all Democrats in supporting Levine.

Levine had been serving as Pennsylvania’s top health official since 2017, and emerged as the public face of the state’s response to the coronavirus pandemic. She is expected to oversee Health and Human Services offices and programs across the U.S.

President Joe Biden cited Levine’s experience when he nominated her in January.

Levine “will bring the steady leadership and essential expertise we need to get people through this pandemic — no matter their zip code, race, religion, sexual orientation, gender identity or disability,” Biden said.

Transgender-rights activists have hailed Levine’s appointment as a historic breakthrough. Few trans people have ever held high-level offices at the federal or state level.

The Port of Halifax said it is monitoring the situation after a skyscraper-sized container ship ran aground in Egypt's Suez Canal, potentially disrupting shipments from Asia to Montreal and Halifax.

The Ever Given, a Panama-flagged ship that carries cargo between Asia and Europe, became wedged across the waterway on Tuesday, blocking traffic in one of the world's most vital international trade corridors.

Tugboats strained Wednesday to try to nudge it out of the way as ships hoping to enter the waterway began lining up in the Mediterranean and Red Seas.

But it remained unclear when the route, through which around 10 per cent of world trade flows and is particularly crucial for the transport of oil, would reopen.

One official warned it could take at least two days. In the meantime, there were concerns that idling ships could become targets for attacks.

“The Suez Canal will not spare any efforts to ensure the restoration of navigation and to serve the movement of global trade,” vowed Lt.-Gen. Ossama Rabei, head of the Suez Canal Authority.

Data from the Canadian Institute for Health Information shows COVID-19-related hospitalizations in Canada cost $23,000 per stay — about four times as much as the average.

CIHI says the average length of stay for a COVID-related hospitalization in Canada was two weeks.

The agency examined data from January to November 2020 but did not include Quebec.

Meanwhile, a new study commissioned by the Canadian Medical Association predicts the cost of elder care will nearly double by 2031, going from $30 billion per year to close to $60 billion.

The report notes that the added strain on the system is expected as baby boomers — the oldest of whom turn 75 this year — move into age groups associated with higher care needs.

The demand for home care will also increase to roughly 1.8 million patients, the CMA says, up from nearly 1.2 million. The increase is projected to cost $490.6 billion over the next 10 years.

Stylists and shaggy-haired men in lockdown are adding lengthy tousled locks to the list of pandemic trends that have emerged amid stay-home measures.

From the wayward waves of Prime Minister Justin Trudeau to the gel-slicked strands of Ontario Premier Doug Ford to the poufy helmet that tops Toronto Mayor John Tory, there’s a notable prevalence of unkempt 'dos and beards that some suggest could persist beyond the pandemic.

Toronto audio engineer Sam Staples says he has no plans to return to his usual short hair now that he’s let his dark blond curls grow for more than a year, the longest he’s ever gone without a cut.

"I've already put in so much time and effort," Staples says of deciding to embrace a new look.

"Finally, I had an excuse to grow it out (and) I also figured out some ways to style it and deal with it when it's a little longer. I've had fun with it.”

The 24-year-old says he’s learned to shampoo less often and use curl cream in a bid to tame his typically unruly mane, which now covers his ears and the back of his neck but extends to his shoulders when brushed straight.

President Joe Biden's dogs — Champ and Major — are roaming the White House again, after having been sent to Delaware when Major, the younger dog, injured a Secret Service agent.

White House press secretary Jen Psaki said at the Wednesday briefing that the dogs met the Bidens last weekend at Camp David in Maryland and came back to Washington on Sunday.

The dogs had been in the Biden's home state of Delaware, where Major received some additional training after having been startled by a Secret Service agent who received a minor injury from the fracas. One of the two German shepherds waited on the balcony of the White House on Tuesday evening as Marine One landed on the South Lawn, having ferried the president back from a speech in Columbus, Ohio.

“The dogs will come and go and it will not be uncommon for them to head back to Delaware on occasion as the president and first lady often do as well,” Psaki said.

This report by The Canadian Press was first published March 25, 2021