Subway must pay CBC $500,000 for failed defamation lawsuit over chicken

TORONTO — Subway has been ordered to pay the CBC $500,000 in legal costs following its failed bid to sue the public broadcaster for defamation.
Feb 28, 2020 2:49 PM By: Canadian Press 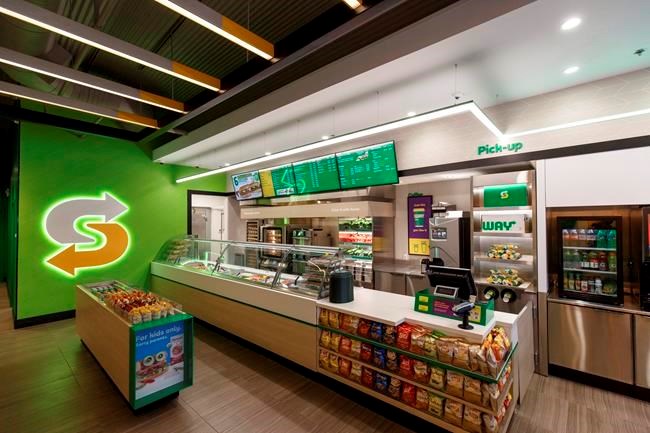 TORONTO — Subway has been ordered to pay the CBC $500,000 in legal costs following its failed bid to sue the public broadcaster for defamation.

In his decision, Ontario Superior Court Justice Ed Morgan attributed much of the length and complexity of the legal battle to the approach taken by the fast-food chain.

Subway had sued the CBC for defamation over a "Marketplace" report in February 2017 that focused on the amount of chicken in its chicken sandwiches. The world's largest fast-food operator sought $210 million in damages.

The CBC succeeded in November in having Morgan dismiss the action pre-trial under so-called anti-SLAPP legislation, which aims to protect free speech on matters of public interest. The company, Morgan noted, went all out in fighting the CBC's dismissal motion.

"Its materials were overwhelmingly aimed at the issue of truth in the news magazine item that was the subject of the suit — an issue which goes to the heart of the merits of Subway's defamation claim, but is only relevant in a minor way to the SLAPP criteria," Morgan said. "The motion turned into a massive undertaking to which CBC, as moving party, was compelled to reply."

Both Subway's approach and the CBC's response required a "herculean lawyering effort" resulting in a "monument to high-end legal work" in complex litigation, Morgan said. However, the effect was one of extending and complicating what was intended to be a relatively quick procedure, the judge said.

The result, Morgan said, was that CBC racked up a total of $800,000 in legal costs that reflect the "large-scale undertaking" the anti-SLAPP motion became.

Morgan decided to round down CBC's cost request given the size of its ask compared with other anti-SLAPP motions, but said there was no other reason to deviate from the expectation that the successful party was entitled to full costs.

In addition to ordering Subway to pay CBC $500,000 for legal costs, the restaurant company will also have to pay the broadcaster another $178,000 in fees and disbursements.

Morgan's November judgment did allow Subway's negligence suit against Trent University, which did laboratory work for the "Marketplace" segment, to proceed. He ordered the school to pay Subway $220,000 in costs.

This report by The Canadian Press was first published on Feb. 28, 2020.