ESTEVAN, Sask. — Saskatchewan Premier Scott Moe says rail blockades and the spread of the novel coronavirus are creating challenges and he's not committed to a fixed fall election.
Feb 28, 2020 3:38 PM By: Canadian Press 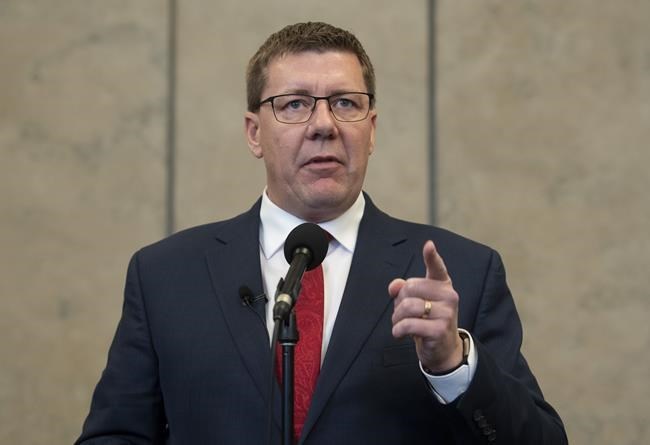 ESTEVAN, Sask. — Saskatchewan Premier Scott Moe says rail blockades and the spread of the novel coronavirus are creating challenges and he's not committed to a fixed fall election.

The next provincial vote is set for October, but Moe said Friday he has the right to call an early vote.

"There’s a tremendous amount of unrest in this nation," Moe said during a funding announcement in Estevan.

He said blockades in solidarity with Wet'suwet'en hereditary chiefs opposed to a natural gas pipeline through their territory in British Columbia, as well as the outbreak of COVID-19, are hurting the economy.

"We continue to plan for Oct. 26. But as I said, the premier has the prerogative to go early. And I’m going to reserve that opportunity.”

This spring marks four years since the Saskatchewan Party won the 2016 election, he added.

Jim Farney, head of politics and international studies at the University of Regina, said speculation about an early vote puts the lesser-financed Opposition NDP on "standby."

“It puts them up on their toes and makes them use money they won’t be able to replace," he said.

The spring sitting of the legislature begins Monday. Moe has committed to presenting another balanced budget in about two weeks.

Farney said it would be more challenging for the Saskatchewan Party to run a positive campaign in the fall, given the global financial situation and the possibility of a summer recession.

If there were an early election, he said, the government could face criticism from people who felt it was violating the intent of its own fixed election law.

This report by The Canadian Press was first published Feb. 28. 2020