MONTREAL — Opposition party Québec solidaire and a Black community group in Montreal are calling on the provincial government to introduce a policy governing how police interact with young, racialized people.
Jul 8, 2021 3:48 PM By: Canadian Press 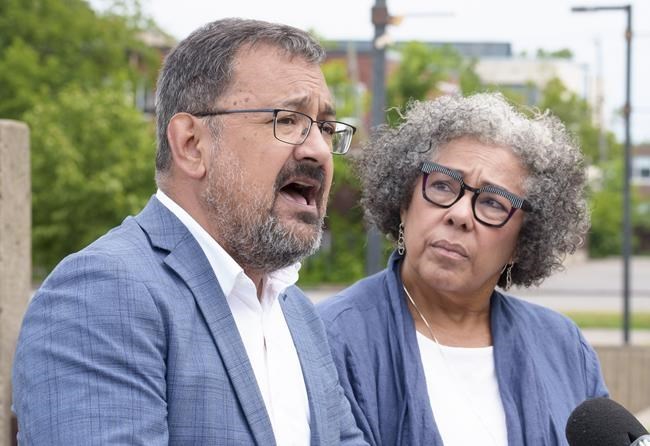 MONTREAL — Opposition party Québec solidaire and a Black community group in Montreal are calling on the provincial government to introduce a policy governing how police interact with young, racialized people.

Their calls come following the arrest of a Black teenager last month, video from which appeared to show a Montreal police officer kneeling on the 14-year-old's neck.

Images of the June 10 arrest outside Georges-Vanier high school in the city's Villeray district have been widely shared on social media and compared to the May 2020 video of a police officer kneeling on the neck of George Floyd in Minneapolis.

Fontecilla, the party's racism critic, says the arrest is a clear case of racial profiling and more social workers and mediators are needed in the community.

Police have said they intervened after receiving a call about a dispute involving about 15 teens in front of the high school and are investigating whether the use of force was justified. They say two minors were arrested for possession of a weapon and obstructing police.

"They are kids," Villefranche repeatedly told reporters today. She says she knows the two teens who were arrested and says they had gathered to celebrate a friend's birthday at the park in front of the school.

She says it's unacceptable for police to restrain children using the same control techniques they use on adults.

"This technique of putting people on the ground and immobilizing them and humiliating them by putting their faces on the ground, I ask that it end and that it end for the Black community, because we have been sufficiently traumatized by this kind of thing," she said.

"I can't even understand that the police thought they could still do that."

This report by The Canadian Press was first published July 8, 2021.